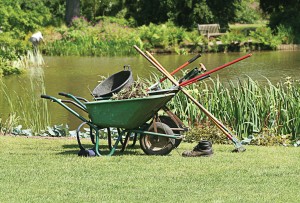 The National Recreation and Parks Association offers park and recreation professionals a way to evaluate and advance their sustainable landscape practices by attending a comprehensive, two-year Green School offered by the organization. (Shutterstock photo)

According to the U.S. Department of Energy’s Clean Cities Guide to Alternative Commercial Lawn Equipment, a single commercial lawnmower uses as much diesel or gasoline fuel as a commercial work truck. But incorporating alternative fuels into mowing and landscaping equipment is made challenging for smaller cities by money-saving purchasing practices that prevent parks departments from initiating alternative-fuel purchases.

Even before a parks department begins to investigate alternative-fuel equipment and vehicles, its entire scope of sustainability practices should be assessed, recommended Lauren Hoffman of the National Recreation and Parks Association.

“The purpose is to equip them with practices they can bring back and implement at home,” Hoffman said. Additionally, participants are given the tools and encouragement to engage their communities in green practices. 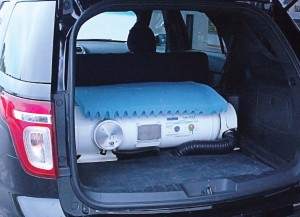 Propane power systems in vehicles have become extensively safer and more convenient in recent years. Emissions reduction and fuel savings are among the dominant benefits. This is a display system mounted in a prototype municipal vehicle. (Photo by Jodi Magallanes)

Once it’s determined that the next step is the replacement or conversion of gas and diesel-powered equipment to cleaner-fuel models, among the resources that parks departments may consult are the Propane Education and Research Council and the U.S. Department of Energy’s Clean Cities program.

Although support equipment should be under consideration for conversion too, commercial mowing accounts for about 35 percent of $1.2 billion gallons of gasoline used annually by mowers in the U.S and is the highest-intensity use. Large property owners, mowing companies and parks cut lawns, sports fields, golf courses, roadsides and other grassy areas for seven hours per day and consume 900 to 2,000 gallons of fuel annually, depending on climate and length of the growing season. In addition to gasoline, commercial mowers consume more than 100 million gallons of diesel annually.

The Propane Mower Incentive Program offered by perc is one resource available to municipalities interested in purchasing and using green equipment technology. The program can also help reduce the initial cost of purchasing the equipment, making deployment and implementation even more attractive.

Because it’s a research and data capture effort, the program must be initiated before purchasing a mowing unit. A limited number of participants, both commercial and municipal, are permitted. End users who are accepted are awarded up to $1,000 toward the purchase of a new propane mower or $500 toward the conversion of an eligible mower to propane. 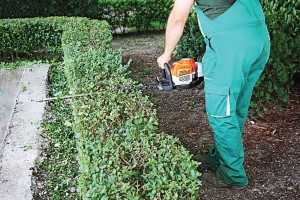 If it’s determined that a department is interested in switching from gas- and diesel-powered landscaping equipment to cleaner-fuel models, the Propane Education and Research Council and the U.S. Department of Energy Clean Cities program have guides that can help with the decisions that will ensue. (Shutterstock photo)

On its Alternative Fuels Date Center site, www.afdc.energy.gov, the DOE recounts how, for more than 10 years, the park has had a strong sustainability and environmental management program, following the requirements of federal legislation as well as National Park Service and Department of the Interior policy and guidance. As part of the program, park management began a fleet rightsizing effort in 2003, replacing conventional gasoline and diesel vehicles with smaller, lighter vehicles that use less fuel.

One of the park’s goals was to improve the efficiency of fleet operations and sustainability through continued rightsizing and the adoption of alternative fuel vehicles and equipment. David Vekasy, the park’s chief of facility management, first learned of the availability of propane-fueled mowers in 2006 when he attended a Clean Cities alternative fuels event in Austin, the report said.

At the time, most fleets that pursued this technology were converting existing gasoline mowers to propane operation, because manufacturers were only just beginning to offer OEM factory models that ran on propane.

At the outset, acceptance by equipment operators was one barrier to switching to propane mowers.

“The grounds staff was initially reluctant to accept a new technology, and therefore voiced reservations about everything from not knowing how to operate or maintain the units to perceived safety concerns,” Vekasy said. During the following few years, each of their concerns was addressed individually by contacting the equipment designers and engineers, safety professionals and PERC. Grounds staff also had a chance to test drive the equipment.

In 2008 funding was authorized through the Inter-mountain Regional Equipment Replacement program. The formal procurement process was initiated in April of that year, resulting in two propane-powered 72-inch mowers that arrived in July. Subsequently, AACCC and Metro Lawn, a third party, helped arrange for the remaining conventional mower to be converted to propane operation at no cost to the park.

The three units are still in operation today as the park’s entire fleet of grooming mowers. The mowers’ range is greater than that of the conventional equipment they replaced, so staff no longer has to interrupt their mowing operations to travel to fueling stations for fill-ups, saving valuable time for other grounds duties. “They prefer these over the gas-powered mowers,” said Vekasy. The gasoline mowers had used about 800 gallons of fuel per year, so the switch to propane has enabled the park to reduce its consumption of gasoline by 4,000 gallons over the past five years.

$1,000 – Fuel costs savings at San Antonio Missions National Historic Park have totaled $1,000 per year since it switched to propane mowers.

288,000 pounds – The change is expected to eliminate some 288,000 pounds of carbon dioxide emissions over the mowers’ estimated 15-year lifecycles.