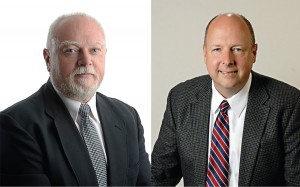 State law in Tennessee requires every county to operate at least one municipal solid waste and recycling drop-off facility, often referred to as a convenience center. Larger communities may have multiple facilities based on population, geography and other considerations. In cases where the local government operates multiple facilities, it is common for some to be sited in rural areas and be a considerable distance from the administrators who manage them.

Knox County operates eight convenience centers, ranging in size from 1 to 6 acres and in varying distance from administrative offices, with some as far as 15 miles away. The centers are always busy and will see as many as 47,000 vehicle visits per week countywide. These facilities are open 56 hours per week and typically have only one county employee on duty.

Outposted employees with no on-site supervision may be at risk for providing poor customer service, committing acts of theft or violating county policies and procedures. Likewise, they may face poor behavior from center users, including the introduction of unacceptable materials into the waste stream, theft of recyclable materials and rudeness or verbal abuse. Management challenges include monitoring contractor performance, verifying open/close times, preventing illegal dumping and investigating other incidents.

To address some of these issues, and to improve facility operations overall, Knox County decided to implement remote video monitoring. The widespread availability of high-speed Internet service, coupled with basic, off-the-shelf video monitoring equipment, makes this option cost effective for any community, and offers immediate and substantial benefits. Five Knox County facilities are now equipped with such a system, offering a live feed seven days a week, 24 hours a day, continually recorded.

Each convenience center system consists of four cameras that have the capability of both night vision and motion detection, as well as conventional daylight recording. The cameras are connected to a DVR that records each camera on its own channel, and the DVR is connected to high-speed Internet. The equipment cost was about $1,000 per center.

Each center operator is able to view all camera positions at a facility from the on-site office. The cameras have proved invaluable to the operators, allowing viewing of remote areas in the sites and situations that may need special attention.

Supervisory and management personnel can simultaneously view the same images in real time. Viewing software supplied by the DVR/camera vendor is available for desktop computers, tablets and smartphones. This is most useful to monitor opening/closing times, performance of the county’s waste hauling contractor, hauling of recyclables by county employees and making sure personal protective equipment is being worn and that safety procedures are being followed.
Center operators were initially suspicious that remote viewing would result in unwarranted disciplinary action resulting from a supervisor “watching them.” After several months it became obvious that the video recordings were instead a benefit to operators. Center operators routinely engage with the public regarding proper disposal of waste items. Occasionally, a citizen will become angry and call the solid waste office or mayor’s office to allege mistreatment by the employee. In the past, administrators tended to give higher credibility to the citizen’s version of events, erring on the side of caution. The recorded video now allows the supervisor to look at how long the user and operator interacted, observe the mannerisms and body language used by the parties and view the type of waste in question. Even without audio, much of the exchange can be accurately reviewed and understood. In dozens of complaints, the recorded video supported the center operator’s version of the events.

Additionally, remote video monitoring has proven its value in other ways that were never anticipated. Center operators recently became suspicious that two individuals using a pickup and trailer to haul unusually large loads of residential garbage might be an unlicensed commercial operator using the center to avoid paying landfill tipping fees. By comparing video from multiple centers, it was determined that a man and his father were, in fact, operating a residential waste hauling business. The pair used the county facilities intended for individual residents as a way to subsidize the enterprise and avoid the landfill costs paid by legitimate commercial waste haulers.
Remote video monitoring continues to prove its worth to Knox County on a daily basis. In light of the minimal upfront costs, and the availability of affordable low-cost high-speed Internet, Knox County anticipates making further use of this technology.