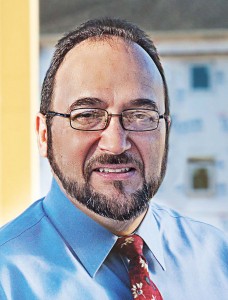 The city of Tallahassee is revitalizing the Gaines Street corridor, an essential corridor to the city since its founding. In order to appreciate the breadth of the revitalization, we must first understand how the corridor came to be and how it’s evolved.

By an act of Congress, the territory of Florida was established on March 30, 1822. The territory’s two largest towns, Pensacola and St. Augustine, alternated in hosting the annual legislative councils. In 1823 William Duval, the territorial governor, appointed two commissioners, one from each town, to select the site of the territorial capital somewhere between the Ochlocknee and Suwannee rivers.

They arrived in St. Marks, approximately 21 miles south of Tallahassee, in October 1823 and worked their way north to the red hills of the future capital, which were rumored to be high, healthy and well-watered. In November and December 1824, the legislative council was held on those hills in a two-story log structure. On Dec. 9, 1825, the town of Tallahassee was incorporated. In 1834, the Tallahassee Railroad was chartered, connecting the capital with St. Marks.

With the establishment of the railroad, the importance of the Gaines Street corridor was elevated from an edge-of-town, dirt road to an economic hub. Gaines Street connected the railroad depot to the territorial and, subsequently in 1845, the state capitol. By the 1860s the corridor was home to a myriad of industrial uses, including steam saws, grist mills, foundries, lumberyards and brickyards.

It wasn’t until 1911 that Gaines Street was first paved with brick pavers. Prior to that it was a loblolly from the comings and goings of buggies, wagons, carts, and, according to former Secretary of State R.A. Gray, a little tram car drawn along narrow gauge tracks by three small mules. In addition, by the 1900s the corridor provided access to both the Florida Female College, presently Florida State University, and the State Normal College for Colored Students, presently Florida A&M University.

By the 1960s the Gaines Street corridor had seen an evolution in land uses, which included Centennial Field, presently Cascades Park; a coal gasification plant, presently being repurposed into a brew pub/restaurant; the Waterworks building, a registered historical structure; and the establishment of the Capitol Center Complex.

During this time the city appointed a revitalization committee, held charrettes and initiated an urban revitalization plan. By the turn of the millennium, Tallahassee had designated the corridor an urban infill and redevelopment area and adopted the Gaines Street Revitalization Plan. This plan provided an in-depth review of the redevelopment potential of the corridor and surrounding area. The importance of this plan cannot be understated; it identified the anticipated demand for services and associated infrastructure and was used to properly size those utilities so as to create a “Plug and Go” mindset for future utility connections.

In 2000 the city and Leon County were advancing a one-cent sales tax referendum that would, among other things, fund identified capital projects, including the Gaines Street project.

Some noteworthy achievements include the following:

In 2005 the state of Florida passed a Growth Management Act that recognized that expanding the transportation infrastructure was unsustainable. This legislation paved the way for the establishment of an 18-square-mile multi-modal mobility district, which included Gaines Street.

Up to this point FDOT’s design concept for Gaines Street was to widen the roadway, which was counter to the city’s and county’s desire to spur redevelopment by enhancing the area’s mobility, especially pedestrian mobility. For this reason, in 2004, our region’s metropolitan planning organization requested that FTOD transfer ownership of Gaines Street to the city of Tallahassee. That transfer was subsequently completed, and the city of Tallahassee took over the design.

By 2008 the city and county had conducted independent workshops and developed a Capital Cascades Trail Master Plan that called for revitalizing the site of Centennial Field into a world-class park located at the eastern end of Gaines Street. They conducted a Phase 1 Environmental Site Assessment for the corridor and conceptualized extending FAME Way-an east-west roadway parallel to Gaines Street — and adopted a two-lane cross section with wide sidewalks and on-street parking for Gaines Street.

The Gaines Street project objective boiled down to accommodating the past and anticipating the future. This was achieved by working collaboratively with numerous agencies and departments.

By all measures, the project continues to be a resounding success. That success is a testament to the extensive collaboration between the city of Tallahassee, Leon County and the various institutions, agencies and departments that came together to deliver this redevelopment project.