The expansion was deemed necessary by company management because Galion-Godwin’s stainless manufacturing line had been operating at maximum capacity for several years wile orders continued to increase. Construction is scheduled to begin in August and should be completed by Spring 2015. The expansion will add approximately 50 skilled labor jobs.

As stated in a previous announcement regarding the acquisition of Williamsen Manufacturing by The Godwin Group, founder Pat Godwin Sr. stated, “It is time we take the Godwin Group to the next level.” He added, “The expansion of Galion-Godwin’s manufacturing facility is another step in our process of continual growth and improvements of the Godwin Group”. 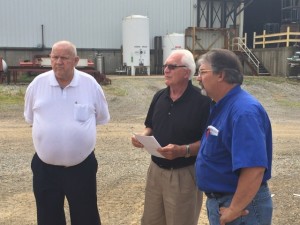