The brain training program Luminosity recently conducted an extensive study to determine the smartest cities in the nation.

The study found many of the top cities and towns on the list play host to prominent colleges and universities. Ithaca is home to Cornell University and Ithaca College, State College is home to Penn State, and Lafayette, Ind., is home to Purdue University.

This result isn’t necessarily surprising, but the reason behind it may go deeper than “people who go to college are smart,” Lumosity Data Scientist Daniel Sternberg explained. “Neuroscience research has found that those who are engaged in learning and cognitively stimulating activities throughout the lifetime build up a ‘cognitive reserve’ that helps maintain and improve cognitive performance.”

According to asset1.lumosity.com/smartest-cities-2013, the study involved 2,417,530 participants nationwide. It tested their performance across five cognitive areas: memory, processing speed, flexibility, attention and problem solving. Participants ranged from 15 to 85 years old.

Surprisingly, some of the country’s largest cities did not make the cut for the most intelligent residents. Another interesting finding was that the list of the top 100 cities contain a great deal of geographical diversity, implying that intelligence is concentrated in pockets and not necessarily spread out over larger regions. 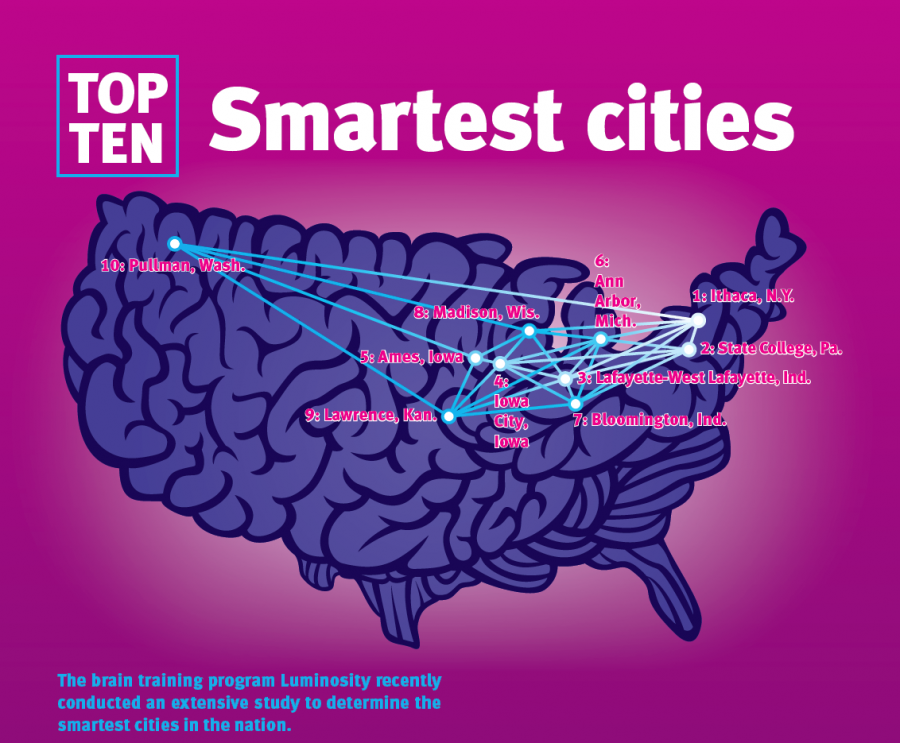