States are relying on user fees more than ever: In fiscal year 2011, user fees provided an average of 17.1 percent of revenues raised directly by states. In 1992, that figure was only 5 percent, according to the National Conference of State Legislatures. 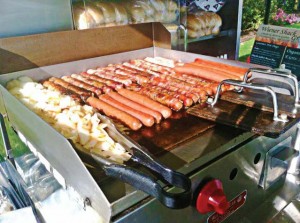 User fees for permits for activities like street food vending have risen steadily during the last two decades, but it’s still dangerous to budget based on that revenue. (Photo provided)

User fees have become an attractive trend for funding public services, but they’re not a new idea. State and local governments have imposed user fees for admission to parks and recreation facilities, like golf courses, for decades. In the past three years, states alone brought in some $1.5 billion in additional user fees, according to National Association of State Budget Officers.

But there are pitfalls to this form of revenue boost, according to public accountants Katherine Barrett and Richard Greene, national experts in government management and policy.

The risks, said Barrett, of user fees is when they relate to what they are being used for, such as a service. A golf course, for instance, can make sense.

“If they start to be used for a replacement of taxes, you can run into some dangers,” said Barrett. “The regressive nature is a risk.”

Of course, there also are pros to user fees, said Barrett. They are easier to put into place and there’s less taxpayer resistance to them than to, say, a local tax, she noted. “User fees may be easier to impose politically.” The cons are that they can be overused, especially when revenue isn’t targeted for that service.

Barrett said relying on user fees is a trend that will likely continue, especially as the population increases and budgets tighten.

Back in July 2009, for example, the Georgia Municipal Association contracted with the A.L. Buruss Institute of Public Service and Research at Keenesaw State University, Buruss, Ga., to survey GMA member cities to learn how they were coping with the economic downturn. According to the survey, 16 cities in Georgia had initiated user fees; and 53, or 23 percent, had increased user fees. By fiscal year 2013, the state has raised its user fee revenue by a remarkable $264 million. The long-term trend is clear: Two in five city officers reported that their entities also raised fees in 2011.

The National League of Cities also found that the assessing of fees has continued during both good and bad economic times.

Christiana McFarland, research director of National League of Cities, noted with user fees, residents pay for what they use and see the direct connection between the services they receive. However, there are equity issues associated with the ability to pay, because user fees are regressive; and revenue flows are likely to be pro-cyclical because people will opt for fewer amenities and services when the economy is down. 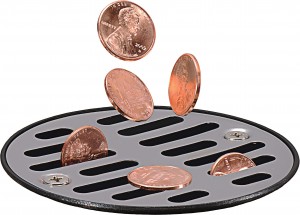 When user fees are used as a replacement for declining taxes that’s where the danger can begin, according Katherine Barrett, a national expert in government management and policy. (Shutterstock photo)

“Therefore, they’re not as stable or reliable a revenue flow as, say, a mandatory tax. Funds from user fees cannot be put into the general fund: They must only be used to pay for the service, giving local governments less spending flexibility,” she said.

McFarland added that irrespective of economic conditions, over the past two decades property taxes have remained fairly consistent due in large part to state- and voter-imposed restrictions on local property tax authority and the political challenges of raising property tax rates. User fees are an alternative mechanism to increasing revenue flow.”

There is a sense that the nature of user fees have changed over time, however.

“For example, anecdotally, we know that user fees are increasing, being applied to basic services, like trash removal, not just special amenities, like swim class at recreation centers,” McFarland said. “This particular trend is worth noting and keeping an eye on.”