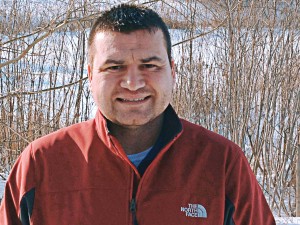 The American Public Works Association gives its members benefits and opportunities to network and share experiences. It also recognizes outstanding departments with awards, such as the one bestowed upon a very snowy city.

Nathan Wachtendonk, fleet manager of the city of Green Bay, Wis., is rightly proud of his department’s 2013 apwa Excellence in Snow and Ice Control Award.

“This honor came from a lot of hard work and dedication from our crews and management working around the clock to keep the streets clear and safe. Our equipment was kept in top operating condition, allowing the crews to get the streets clear from ice and snow with only minor breakdowns,” said Wachtendonk.

“We also installed a brine system, and make our own salt brine to treat the roads and pre-treat the salt before it is applied to the roads.”

The entire system has been in place for three years and cost $200,000, according to Wachtendonk. He also tried beet juice, “with limited success.”

Though Wachtendonk has only been fleet manager for one year, his previous training at Michels Corporation prepared him well. He worked for eight years as a road service mechanic and a field supervisor on the East Coast for his previous employer, an international utility, engineering, design and construction contractor.

“As I traveled throughout the country I got exposed to many different walks of life, as well as numerous and varied types of equipment, and other companies,” said Wachtendonk. “I got to see how the equipment is used and how it functions; along with what to look for when buying new and used equipment, what models of equipment break down the most and what kind are the most expensive to maintain and repair.”

During his time as a supervisor, Wachtendonk met many different vendors and worked with fleet managers on what type of equipment was best for different applications. In turn, that experience allowed him to carry over knowledge of how to buy equipment, develop good relationships with vendors and how to come up with ideas to save money by operating equipment for the longest period of time. He also learned a lot about maintenance and preventive maintenance, allowing him to change up various programs to save the city money on maintenance costs.

He is most heavily involved in fleet and shop safety initiatives, and speaks to operators, drivers, superintendents and mechanics on what equipment they think would work the best. He likes to demo as many pieces of equipment as possible, and allow the operators and mechanics to look over them for ease of operation and performing maintenance.

“These people are ultimately going to be operating and working on the equipment; by allowing them to have some say in what we buy, it has a positive outcome. I also speak to other fleet managers from neighboring communities to discuss what equipment works best for them along with the positive and negative aspects they experienced,” said Wachtendonk.

“Green Bay’s replacement plan varies with age, condition, usage, cost of ownership and replacement costs. It’s fleet is comprised of approximately 500 pieces, from chain saws to Class 8 trucks. Most of vehicles stay in the fleet for 10–15 years, and the city has technicians and a preventive maintenance program that allow the equipment to remain in good mechanical working order.

“Each year there are different pieces of equipment that needs to be replaced; however, purchasing everything that is needed and still keeping the purchases within budget is challenging,” he said. “I’ll explain to other managers how much we have and sometimes what they want is not within the budget. Reusing old chassises, buying new equipment to mount on them or combining the use of equipment is one way to stretch the money. I also check with other divisions trying to get everyone to share like equipment that’s not commonly used as a way to save.”

Wachtendonk said that providing services to Green Bay is a career high for him.

“What really sticks out, however, is when a replacement piece of equipment is needed; I will work with the crews, mechanics and management on what is needed. Then I’ll sit down and write a specification on that particular piece. When it arrives and I get to see it in action and doing what it was purchased for, (it) gives me great satisfaction.”