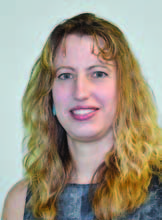 I don’t know that it’s wise to count chickens before they hatch, but hopefully 2014 will reveal a light at the end of the tunnel of financial strangulation under which most of us are operating.

I’m encouraged by the fact that Steve Latin-Kasper, ntea director of market data and research, has predicted that likely increases in residential investment in 2013–16 will grow local taxes by 5 percent — leading to expenditure increases for equipment of 0.1 percent in 2014 and 0.8 percent in 2015. Given that most municipalities opted to repair vehicles and equipment during the recession instead of buying new, there could be a lot of activity in municipal fleet markets this year.

Electric is one of the new vehicle technology trends, and it has a new frontier: police patrol motorcycles. The advantages include low maintenance and low fuel costs, if your patrol officers don’t need to ride more than 100 miles per shift; the bikes are also less heavy-handed, making them good on terrain that would be a challenge for larger bikes. And yes, they still look pretty authoritative.

It seems like the U.S. is in the middle of a paradigm shift concerning our municipal fleets: going from strong, heavy and gasoline or diesel, to light and electric, CNG or propane. Knowing which horse to bet on is difficult, but it’s really all about knowing what your region can manage: what infrastructure it can provide and whether or not you can find capable technicians to right those occasional malfunctions. nafa and ntea can help with both, and their conferences are right around the corner. We hope to see you there.