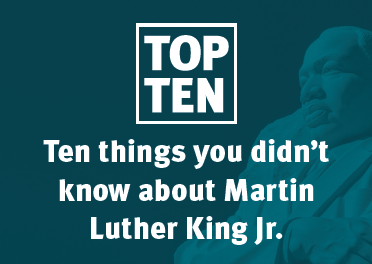 Sound sharp on Martin Luther King Jr. Day by revealing some of these less-common facts about the civil rights leader!