↓
Home→City / Town Management→Roll up your sleeves, get involved and get hacking

National Day of Civic Hacking will take place the weekend of June 1–2 in cities across the nation in states such as Wisconsin, Michigan, Ohio, Minnesota, Illinois and Kentucky. 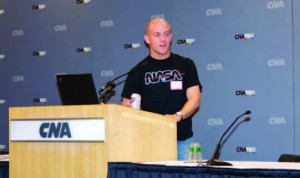 Random Hacks of Kindness has held 177 “hackathons” in 37 countries and has grown to a community of thousands of hackers. This hackathon was held in Chicago last December and included representatives from NASA. (Photo provided)

The event will bring together citizens, software developers, entrepreneurs, civil servants, scientists and others from all over the nation to collaboratively create, build and invent new solutions using publicly-released data, code and technology to solve challenges relevant to neighborhoods, cities, states and the country. National Day of Civic Hacking will provide citizens an opportunity to do what is most quintessentially American: roll up their sleeves, get involved and work together to improve society. 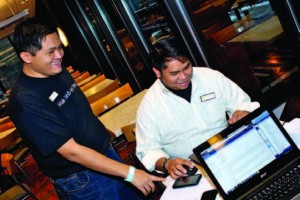 A group of civic hackers met in Chicago, Ill., for “Random Hacks of
Kindness” last December.

All across the country, civic hacking groups are prepared. A group in Cleveland, Ohio, has organized CLE Civic Hacking. Stephen Mather is the GIS manager for Cleveland Metroparks and co-organizer of the group. He said the greater Cleveland area lacks a strong private or public sector open source geospatial community.

“Two years ago, I started visioning what social infrastructure and technical infrastructure is needed to bring Cleveland’s community up to the level of Boston; Denver; or Victoria, British Columbia’s community. We have an excellent web development community, in part because of the efforts and proximity of Case Western, but little in the open source geospatial side of things,” said Mather.

As part of the Cleveland Metroparks outreach, the park district started an Open GeoSpatial Meeting series and pulled in local and regional experts to present and do training on Open Geospatial technologies. That was done under the auspices of a local, informal group, Cleveland Civic Hacking, and has had two very successful meetings, so far, stated Mather.

Mather said he and others attended Code Across America and with support from Brian Zimmerman, Cleveland Metroparks CEO, will have some long-term interest in the project by sharing trail data and the experiences “we’ve gained during the development of our own public trail portal, a project funded in collaboration with Southwest General Health Center,” Mather mentioned.

Finally, in the recognition of the larger trend toward government organizations sharing data in open formats through open data portals, like Chicago, Philadelphia and New York, Mather attended the latest Cleveland Civic Hacking event, Open Data Catalogs — the purpose of which was to “discuss what an open data catalog for Greater Cleveland/ Northeast Ohio might look like — both from technological and logistical perspectives — and start planning/building it,” Mather said. “I don’t yet have any recommendations for our involvement in this project but will be tracking its development.”

National Day of Civic Hacking is taking place in conjunction with Random Hacks of Kindness and Code for America’s brigade meetings. It is being modeled after the Innovation Endeavors’ Super Happy Block Party. A number of federal agencies, including NASA, the Census Bureau and the Department of Labor, are participating by offering specific challenges for hackers to work on during the event.

According to Nick Skytland, program manager for the Open Innovation program at NASA in Texas and Washington, D.C., his goal is to build better communities by having better information for the public, either on the Web, Internet or elsewhere. “Just putting it out there isn’t good enough,” he said. “We are hoping it is a movement to improve America,” said Skytland.

What is a civic hacker?

“Civic hackers” as we think about it for the National Day of Civic Hacking are engineers, technologists, civil servants, scientists, designers, artists, educators, students, entrepreneurs — anybody who is willing to collaborate with others to create, build, and invent open source solutions using publicly-released data, code and technology to solve challenges relevant to our neighborhoods, our cities, our states and our country.

Some people have a negative association with “hacking”, how do you clarify the difference to them?

To us, a hacker is someone who uses a minimum of resources and a maximum of brainpower and ingenuity to create, enhance or fix something. Although in some circumstances it is used in a negative sense, the term is not inherently negative, nor does it even have to be related to technology.

How can city, state and federal government help?

We are looking for city, state and federal government agencies who are interested in supporting events in their communities around the nation. Support by government and/or city leadership may include: