Joplin. Mo., spent 2012 recovering from a devastating 2011 tornado. That tornado destroyed the city’s only hospital, but a new one broke ground in 2012 at a cost of $1 billion. The project’s scheduled completion date is in 2015. (Photo courtesy of Mercy Hospital, Joplin, Mo.)

The year 2012 will soon be in the books. The year showed its hand with hope for a strong recovery from the recession, but for most regions progress has been slow. What will that mean in 2013?

In Minnesota, the Minnesota Main Street program that was re-launched in 2010 produced results in numerous downtowns, including Faribault.

Emily Northey of The Preservation Alliance of Minnesota helped Faribault and a consultant develop a plan to re-invent its downtown. Buildings that were once vacant are now occupied by several new businesses.

“We have been positively publicizing vacant spaces and have had a number of openings,” she said. A number of fundraisers have also been conducted to help support the downtown revitalization project.

Faribault’s Mayor, John Jasinki, has a personal interest in the project. He’s not only the mayor, but also a downtown business owner. He sits on the Preservation Alliance board and owns a home downtown.

The downtown project has been in the works for the past five years, he said. A number of public improvements in that area have been done in phases, mostly during the past four. Those improvements included water, street, sewer and new curbs and gutters within a five-block area.

“We added more parking, and we changed the angle of the parking,” said Jasinski. “The utilities and infrastructure was old, so that was all upgraded.”

So was streetscape, with a more updated look, as well as with better lighting, bike racks and flower baskets. “It helped attract new businesses. People say they can’t believe how nice it is.”

In 2012, a landmark retail store that had been dormant for two years re-opened. “It’s created more traffic into town,” said Jasinski. New industries came to town, and one company did a major expansion project. Next year, a road project will clean up an intersection near the downtown. “It has been a troublesome area, but it will help keep traffic flowing much better,” said Jaskinki.

More than a year after Joplin, Mo., weathered a devastating tornado, a master development plan was proposed for the municipality.

Troy Bolander, planning and community development manager for Joplin, knew that Joplin has come a long way in 18 months. But it had much farther to go.

“We knew we had a daunting task.”

The master development plan initiated in 2012 proposes several projects, including the completion of downtown renovations, the Joplin Museum Complex and new permanent housing, as well as the continued recovery of the areas affected by the tornado — including a new hospital to replace the one destroyed by the EF-5 tornado.

Bolander said that thinking outside the box helped the city recover and fund some of the projects. For instance, a public/private collaboration is helping to build a new theater/public library complex. Funds from the theater will be used to fund the new library. “You can’t expect the public to fund everything,” said Bolander. “The secret is to work together.” 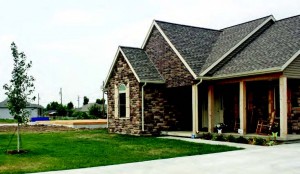 A master development plan that was put in place in Joplin, Mo., in 2012 includes permanent housing for the city’s many displaced residents. (Photo courtesy of Joplin, Mo.)

The permanent housing that was lost has been difficult to replace. “Our challenge was to find resources to get people back in their homes,” said Bolander. “We lost a significant part of our housing and a large part of it was affordable housing.” The effort to rebuild it will soon come full circle, though. By June, 100 percent of the displaced residents will have a place to call home.

The Joplin Area Habitat for Humanity has completed 22 houses since the tornado and has 45 more under construction. Plans call for nine more to begin construction before the end of the year.

The U.S. Department of Housing and Urban Development helped step up to the plate, too. The entity presented a $45 million Community Development Block Grant to the city in October for its housing needs. 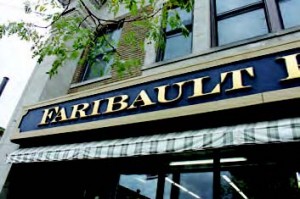 Faribault, Minn., began renovating its downtown in 2012. Many improvements have already been completed, leaving officials hopeful that 2013 will see increased traffic in the area.

Commercial recovery also continues
in Joplin. Of the 553 businesses were destroyed or severely damaged, the Joplin Area Chamber of Commerce noted that 90 percent have reopened or have plans to do so. Several new businesses are creating job opportunities too. Three new schools are set to open in 2013 as well.

“We are starting to see success,” said Bolander. “We don’t want to lose momentum. This is not a marathon but a sprint.”