↓
Home→Streets, Highways, & Bridges→Cities getting smart with traffic signals and streetlights 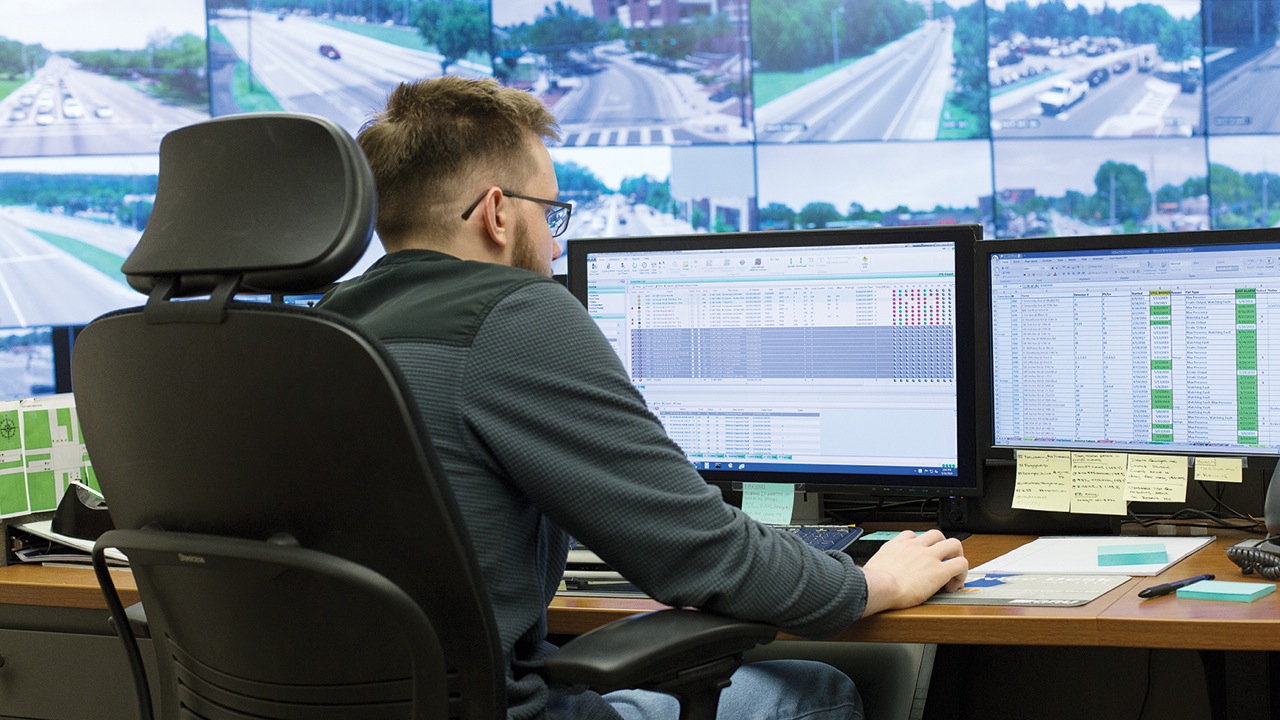 They’re on practically every city street, and we’re so used to seeing them we likely take streetlights and traffic signals for granted. But many cities across the nation are getting smart and finding ways to utilize those plentiful resources in more efficient and expanded ways.

Many cities are taking a multistep approach to making these lights “smart” with several cities embracing the basic step of first switching to LED lights instead of incandescent or high-pressure sodium lights. Some are also enacting smart technology in traffic signals.

Peoria, Ill., is one of those cities. Traffic engineer Nick Stoffer said the city has updated 240 traffic signals. Many of the traffic signals are under joint ownership with the county, and they currently have “early ’90s technology.”

Stoffer said the Illinois Department of Transportation upgraded to a modern system to be more ready for future smart technology.

“We’ll be set up for the future, but we’ve not talked about it at this point — but we are excited about the upgrade as most of our traffic lights were over 20 years old,” he said.

As for Peoria’s 5,000 streetlights, the utility company Ameren owns some of them — those on wood poles are owned by Ameren and are rented by the city. Stoffer said they’ve wanted to convert to LED for the savings and efficiency. He noted the city should save 40% while also lessening maintenance costs.

“But it’s a big dollar ticket to roll out and replace all of the lights,” Stoffer said. For this reason, lights are replaced with LED as they go out.

Right now, Peoria has requests for proposals out to enter into an agreement with a company that has experience with LED and smart lights while also having the ability to work with it on financing.

“Our goal is to have it be budget neutral,” he said.

LED lights will last 12-15 years, according to Stoffer, and the lights will send a notice when it needs maintenance. In the future, there will be lots of other applications through the smart lights like gunfire detection, parking monitoring, etc.

But the biggest benefit for Peoria now is the energy savings and longevity. “It’s proven to be a fairly quick rate of return.”

There will be a huge drop in energy use, and environmentally, it’s beneficial since the lights give off less heat, according to Stoffer. The city is also looking at the possibility of colored lights because the high pressure sodium lights are yellowish and a lot of LED are really bright lights.

Stoffer said the city is hoping to get help with the cost of installation via rebates. Peoria officials are hoping to get someone on board this first quarter to help them through the process.