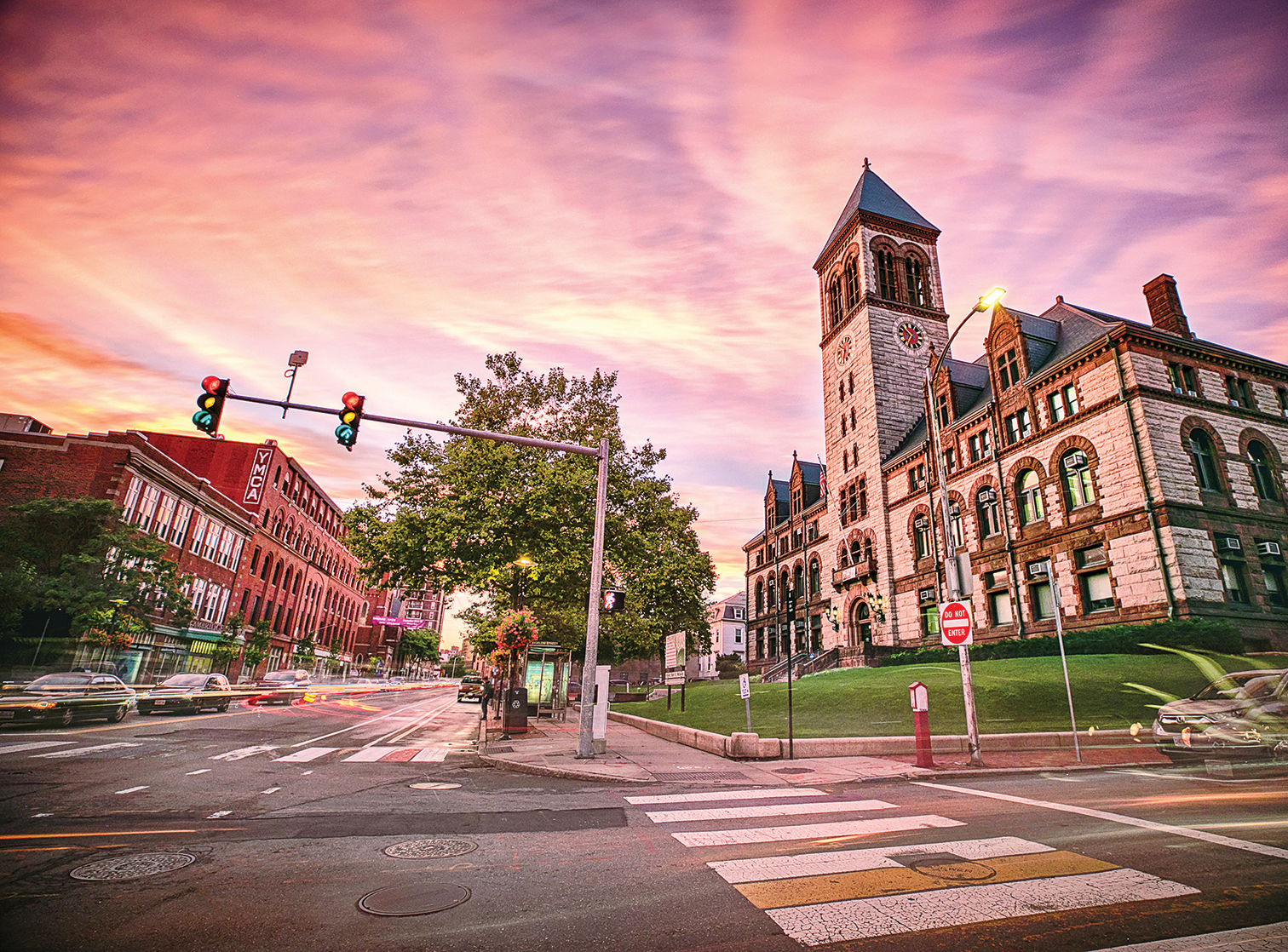 Leading by example, municipal buildings have a target 2020 to reach zero greenhouse emissions for all new construction. (Photo by Kyle Klein)

Cambridge, Mass., has been hard at work in its efforts to achieve carbon neutrality. It is just one of the city’s future-forward goals and is an integral part of a net-zero action plan begun in 2015. While certainly not an easy feat in a densely built city, Cambridge has already achieved some important breakthroughs in such a short amount of time.

Iram Farooq, assistant city manager for Cambridge, described the net-zero action plan as “a road map to zero greenhouse emissions for new construction and minimized emissions from existing structures.” New construction has specific target dates for zero greenhouse emissions based on the type of building it is. For instance, municipal buildings have a target date of 2020 while small residential buildings and all other buildings, aside from laboratories, are scheduled for 2025. Laboratories have a target of 2030 due to the complex nature of such structures. 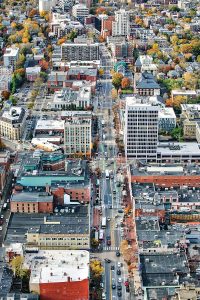 For new construction, small residential buildings and all other buildings — except for laboratories — are scheduled for 2025 to reach zero greenhouse emissions. (Photo by Kyle Klein)

According to Farooq, “The specified target dates indicate the importance of leading by example in order to show city residents all that is possible.” Thus, the city placed emphasis on municipal buildings as the immediate priority despite the fact that small residential buildings would have been a much easier project to tackle first.

The Building Energy Use Disclosure Ordinance was put into action to address existing buildings, such as nonresidential structures, that are 25,000 square feet or larger. This community-wide effort, as its name suggests, is about openness. In other words, property owners are asked to provide annual reports that detail the specifics of energy and water usage. The results of these annual reports expose things that are going well in addition to potential areas for improvement in terms of energy efficiency. As Farooq indicated, “A lot of attention thus far has been dedicated to studying, reporting and information gathering.”

Hence, the crucial part of the submitted annual reports thus far is how the information will be used.

The retrofit program is a direct result of this ordinance. Six percent of all the buildings are subject to the ordinance and are responsible for 70% of the city’s greenhouse emissions. It is a voluntary platform wherein property owners have the opportunity for free expert advice and guidance in transforming existing buildings with the ultimate goal of better energy performance.

This program is particularly aimed to benefit commercial building owners. “Essentially, a consultant from Eversource, the city’s gas and electric utility company, works with interested property owners for a solution,” stated Farooq.

The plans are customized and tailored to the individual needs of each and every property owner. The Eversource consultant can establish the necessary connections required for upgrades aimed at achieving desired emissions levels. Admittedly, the program is optional on the part of the property owner; nonetheless, he or she is financially responsible for implementing the solution. Therefore, a key role of the Eversource advisor is making the arrangements to allow for a cost-efficient and feasible plan of action.

The city has partnered with a local nonprofit organization for a similar endeavor aimed at helping the residential sector. This added outreach is crucial for tenants who may not stay in the same spot for a length of time, meaning the return on such an investment may not be realized before the renter relocates.

Funding for the net-zero action plan is made possible in part from the operating budget. As Farooq said, “The city is fortunate to have a robust financial situation in which the tax base offers further flexibility … After all, the studies and work completed up to the this point have been expensive. 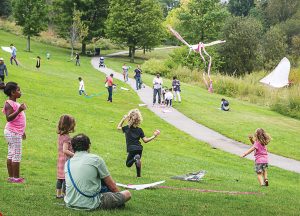 The city has partnered with a local nonprofit organization for a similar endeavor aimed at helping the residential sector. Pictured are families participating in Danehy Park Family Day. (Photo by Kyle Klein) 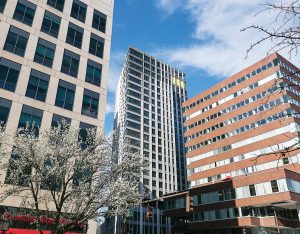 This is one of the main reasons that the city hired a specific staff member to steward the program to ensure the plan is being followed as it was originally outlined and intended.

Fortunately, Cambridge residents as a whole are on board and in agreement with the city’s programs and plan of action. “They desire sustainability and believe in taking responsibility for the acute situation that is so apparent in the daily news.” Actually, there are instances wherein the residents have pressured the city to move faster due to their interest in making a positive impact. They have a strong conviction with a priority for action.

Overall, the net-zero action plan designed for the realization of carbon neutrality is just one of the many proactive programs the city of Cambridge implements. The Cambridge Community Electricity program and Sunny Cambridge are just two of many more examples that testify to the city’s forward-thinking efforts and emphasis on a holistic approach to limit its impact in the grander scheme. Cambridge is clearly doing its part and is effectively leading by example with the hopes that others will follow with similar pursuits.

NEXT: Ann Arbor and Ford partner to realize the future