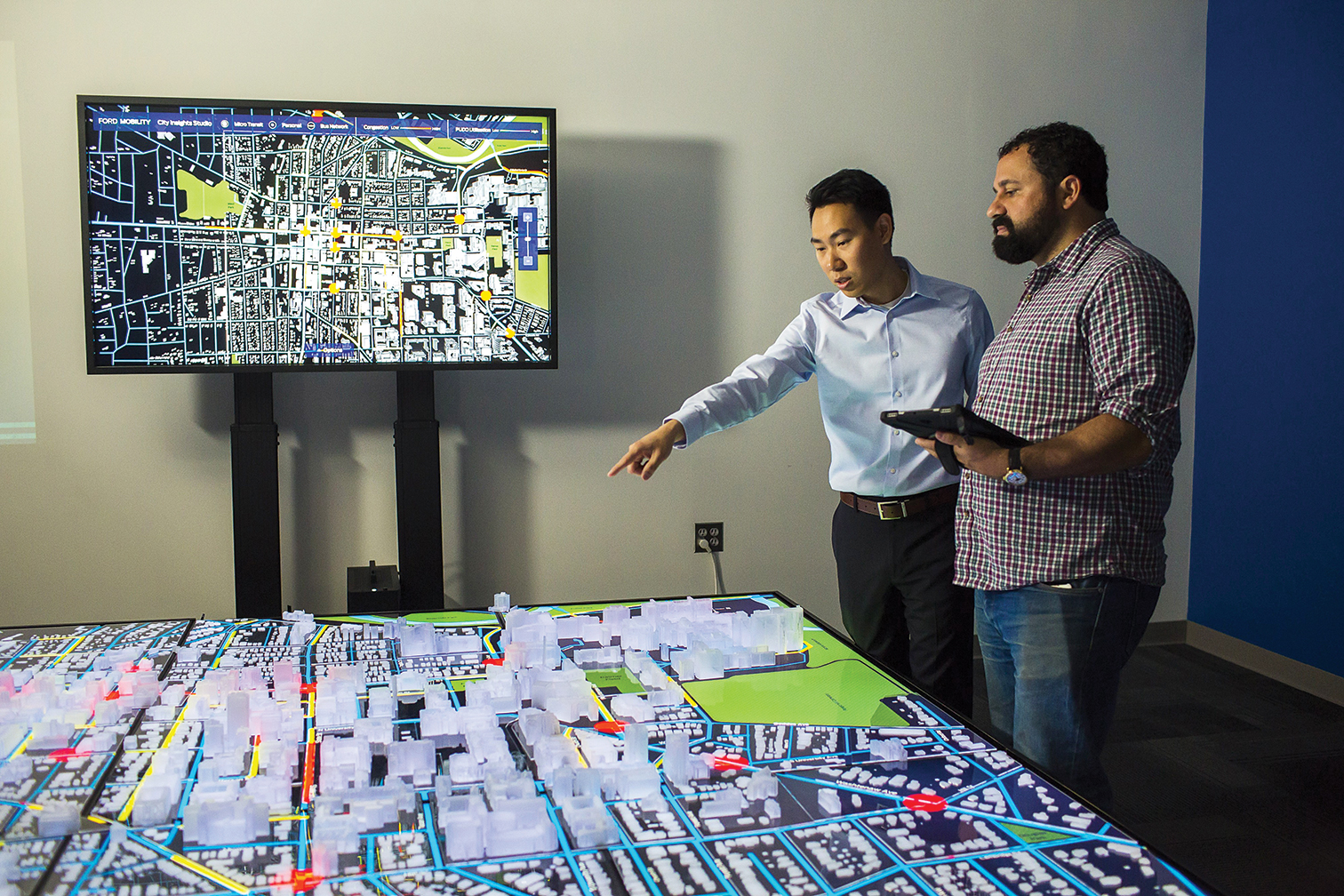 Two men look over the new mobility data program, made possible through a partnership with Ford Motor Company. (Photo provided)

When Disneyland first opened in 1955, one of its popular theme parks was Tomorrowland, a nod to Walt Disney’s futurist views. That was then, this is now: a new concept of tomorrow is here today.

Just like the magic of Tomorrowland, Ford Motor Company partnered with the city of Ann Arbor, Mich. — the City of Tomorrow — to bring us a new glimpse into an interactive model display of the city, which highlights 3D-printed buildings and streets that light up to show areas of congestion, providing real-time data. City Insights uses custom algorithms and data-driven analytics. The safety tool combines the ability to visualize crash data, which is connected with vehicle data and cellphone data all in one place simultaneously. 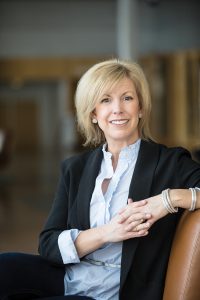 According to Martin Gunsberg, new business, technology and strategy communications manager of Ford, the concept came about with Ann Arbor at last January’s Consumer Electronics Show in 2018 when Ford announced at the show that it was developing these tools and the city of Ann Arbor was one of the first cities it would engage with.

“Our City Insights Studio will be demonstrated at CES this month (January) in Las Vegas,” said Gunsberg. “The challenge and, in turn, the success of City Insights comes from gathering data from various sources and displaying it in a way that is easy to digest. This includes connected vehicle data, parking data and publicly available data such as police reports that log crashes.”

“The platform is in six additional cities, including Austin, Texas; Indianapolis, (Ind.); Pittsburgh, (Pa.); and Detroit, (Mich.),” Roraff said. “The City Insights Studio concept currently is not for sale; however, City Insights Platform pricing will be announced closer to launch.”

The project collaboration enables city planners to visualize their complete mobility ecosystem while using parking, safety, traffic, transit and census data. They can discover different solutions before implementing them for real.

Ford partnered with quite a few big names, including the Ann Arbor Area Transportation Authority, the Downtown Development Authority and Ann Arbor SPARK, which is a network cultivator of business and manufacturing excellence, and the Michigan Economic Development Corporation. The University of Michigan Transportation Research Institute was also brought into the fold. 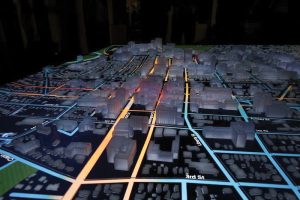 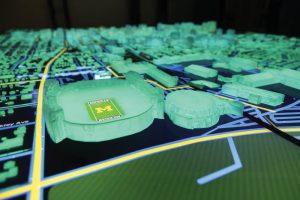 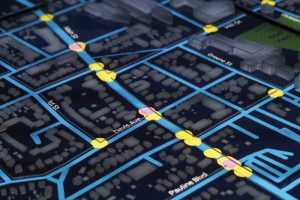 One reason the safety tool is so important is because there is an increase in traffic accidents with pedestrians even though technology is making vehicles safer and offering improvements in city infrastructure.

Alleyway traffic is also considered in the data collection when it comes to improving access for delivery trucks and garbage trucks because drivers are frequently imprisoned by congestion. The Safety Insights database will allow city planners to sift data by crash type, like with pedestrians, motorcycle, traffic light or those involving alcohol or drugs. One can see the geographic locations of crash types and information on hot spots for deadly crashes.

Another benefit of City Insights is making sure that foot traffic and vehicles understand that the roads are for everyone. By utilizing the platform, city planners can scope out potential trouble areas where there is congestion — either foot or traffic — and solve these problems early on before they become problem areas.