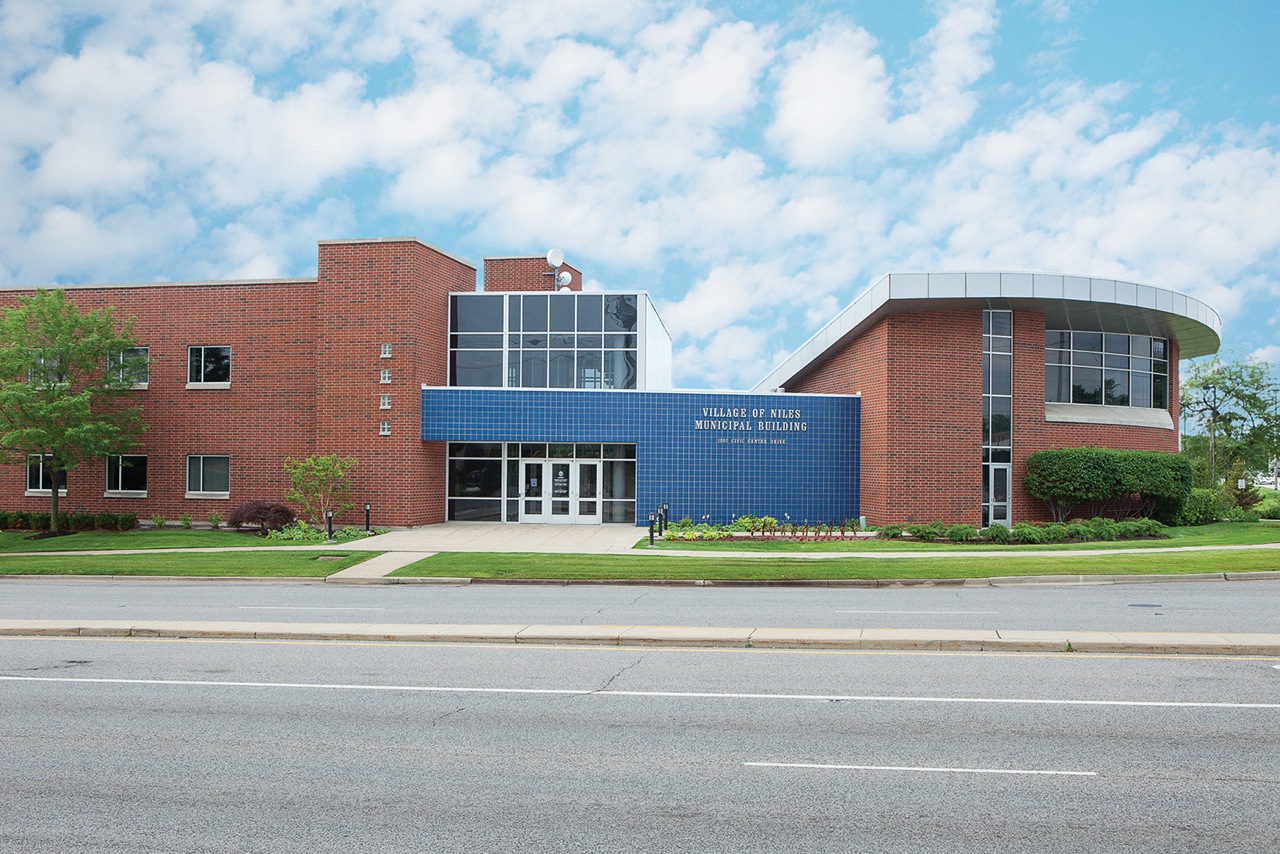 Winters in Niles, Ill., located in the Chicago area, are unpredictable, which has led it to invest in technology that helps cut down accidents. Pictured is the Village of Niles Municipal Building. (Public domain photo via Wikimedia Commons)

Old Man Winter can be unpredictable, but that doesn’t mean municipalities have to concede to uncertainty. Instead, a few cities and towns have taken matters into their own hands to identify and respond to bad weather conditions before roads become hazardous. The village of Niles, Illinois, is among them.

In 2018, they installed high-tech snow sensors and have implemented an award-winning program to help them to take a proactive approach and stay ahead of the curve.

Robert Pilat is assistant to the director of public works department at the village of Niles. He’s been with the village for a few decades, so he’s a bit of a veteran.

However, experience doesn’t mean there are no surprises on the job.

“There’s never an ‘average winter,”’ he said. “We always have a lot of different variables. Sometimes we have snow early in the season like this year. In fact, we had snowfall last week, Wednesday and Thursday, which is unusually early for us. And we also had snow in April of this year, which is really late in the season. So sometimes snow starts up early, or it’s a mixed bag. Like last year, December, was fairly mild, as far as winters go for the Chicago area, and then we got extreme cold temperatures down to as cold as -25 degrees.”

Extreme cold and precipitation don’t mix, which is why the village invested in $11,000 worth of technology to help it reduce the risk of accidents. Pilat said the sensors, installed at the beginning of last winter, have been a game changer. They are strategically placed in two locations in town, one on the northern end and the other on the southern, both high-volume roads. They have a service agreement which allows them to get the data from the hardware and act accordingly. 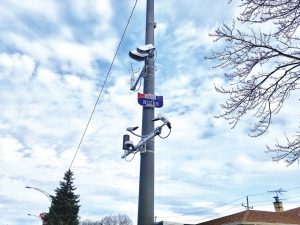 Pictured is one of the weather monitor sensors installed in the winter of 2018 by the village of Niles. It relays weather conditions, meaning the public works department isn’t reliant on a call from the police department. (Photo provided)

Speaking of data, Pilat said prior to the sensors the response process was clunky and not streamlined. It was a hurry-up-and-wait scenario. Today, they are an integral part of the village’s response program.

“We might wait for hours to get a phone call from our police department to determine that we need to go out and start snow removal efforts,” he explained. “The sensors, however, allow us to set different parameters, most notably the road temperature, and whether there’s different types of precipitation falling or if there’s an ice warning, if there’s water on the pavement and (if) the temperature fall(s) below a certain number.”

The technology can also alert on-call supervisors that action might be needed on their part. So, in this way, he said, “It gives us an advance warning that we need so that our crews are mobilized before it actually happens or before the ice forms.”

For example, he said last month a supervisor got a notification that there was a threat of ice and was able to save some time and energy.

“So, he was able to go out and determine how bad it was,” he said. “And because we have some areas in town — like bridges that need to get special attention — we want to make sure that we’re staying on top of things. He was able to mobilize crews earlier than we would have, had he waited for the phone call from the police department. It’s a proactive approach instead of a reactive approach.”

That’s not the only application from which they’ve derived value. Pilat said the sensors have helped them evaluate how they’re responding to a storm, both in real time and on an ad-hoc basis. They also can rest a little easier knowing there’s likely less damages to vehicles and, most importantly, fewer accidents.

The functionality also allows for customization. For example, an individual can tailor his or her alerts by type, and there’s also the ability to have group alerts pushed out.

“You can customize it based upon the weather conditions, road temperature, air temperature, wind speed, you name it,” he said.

It’s also useful in the summer months, because it can provide a warning about severe thunderstorm or windstorm so his team can act appropriately.

Speaking of response, Pilat said the community has had positive feedback about their snow and ice control program. And on a professional level, his department earned some positive press. The department was recognized by the American Public Works Association and received the Excellence in Snow and Ice Control Award in 2019. It was among three agencies in North America recognized with this award, Pilat said.

Niles is in good company with its technological approach to incident response. Nationwide, public transportation agencies are looking to drones as solutions, according to a May 2019 survey by the American Association of State Highway and Transportation Officials. For example, in Utah, officials from the state’s department of transportation are using drones to hover near avalanches to monitor snow.

Whatever the approach, Pilat said being proactive is a boon to operations and residents: “It’s another tool in the toolbox, especially if you want to move your program to the next level and you want to be proactive and respond to a storm before the fact.”

NEXT – Spearfish, South Dakota: A base camp for adventure in the Black Hills