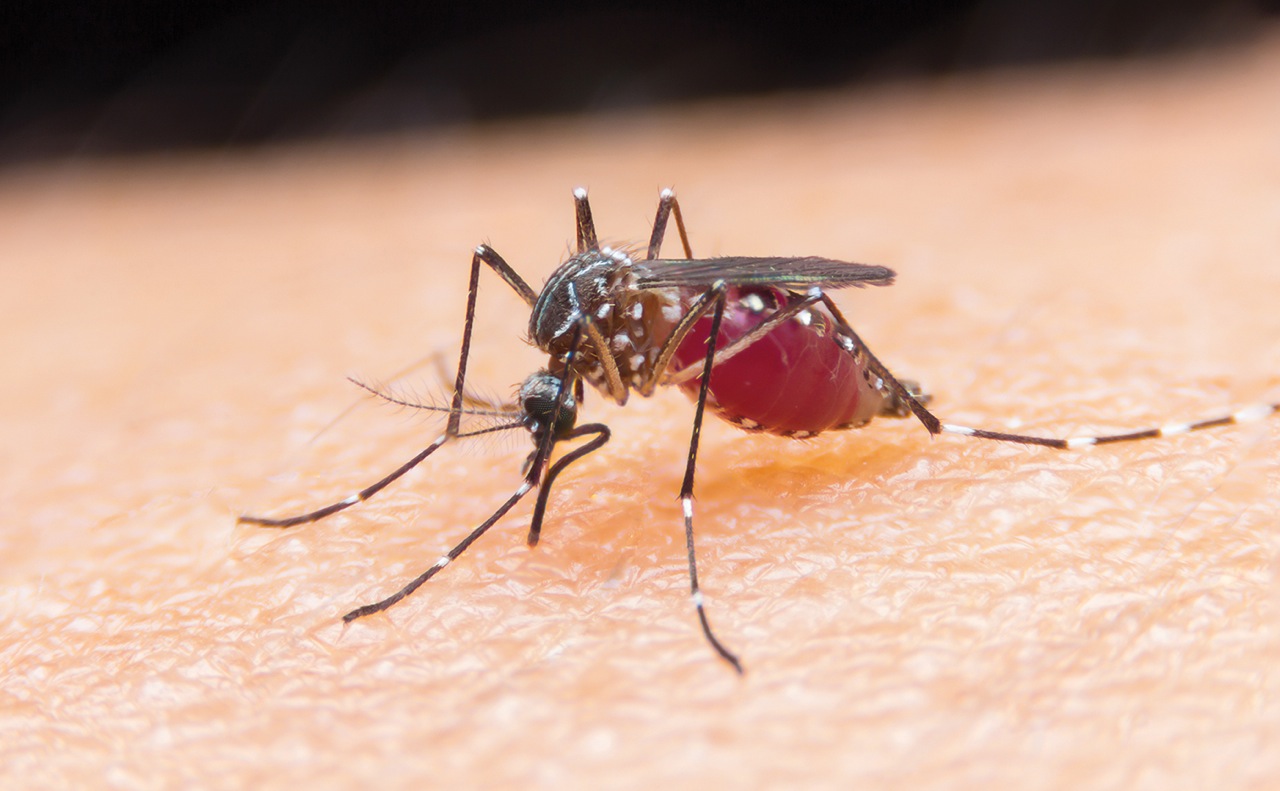 Although they are not included in the 10 plagues of Egypt, post-storm mosquito infestations can pose problems of biblical proportions for communities that must combat them. While climate change has brought about an increased frequency of adverse weather events, which has led to an uptick in post-storm mosquito populations there is also an increased potential for the transfer of vector-borne viruses such as Zika, West Nile, chikungunya and eastern equine encephalitis.

“There is always something to stay on top of,” said Carl Doud Ph.D., director of the Midland County Mosquito Control in Sandford, Mich.

Midland County Mosquito Control serves several communities around Lake Huron whose topography is flat and provides the perfect breeding ground for mosquitos. In 2017, the area endured a historic flood that resulted in unusually large numbers of mosquitos when long-dormant eggs were finally hatched after lying years in wait.

“They took full advantage of the situation, and that was a real problem for us,” said Doud. 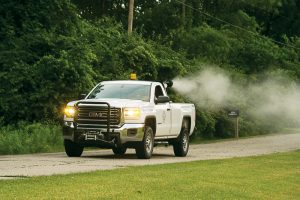 Midland County Mosquito Control in Sandford, Mich., uses an integrated approach to mosquito control, including the application of insecticides at the larval and adult stages. (Photo provided)

Another problem has been the recent rise in cases of EEE. Transferred to humans through the bite of an infected mosquito, the Center for Disease Control says cases are relatively rare with an average of seven human cases occurring annually. However, in the fall of 2019, Michigan reported 10 cases with a survival rate of 50 percent.

“EEE is similar to West Nile, but (due to the way it is transmitted) we don’t usually notice its presence; however, some years it can be worse than others. It can be abundant in the bird population and in horses, which makes humans more susceptible if bitten by an infected mosquito,” Doud said. “It is the most deadly, and while there is an EEE vaccine for horses, one has not been developed for humans as of yet.”

In order to combat the yearly mosquito outbreaks and guard against any byproducts of infestation, Midland takes an integrated approach to the fight. They employ methods such as personal protection, biological controls and pathological study, as well as the judicious application of insecticides at the larval and adult stages.

“It’s always better to combat them before they become a public nuisance,” Doud said. “We will cover 60,000 acres with insecticide that is specifically designed to kill mosquitoes without harming any other ecosystem and we do fogging in the evening at peak mosquito time, and we are always looking at the biology of mosquitoes in order to make sure we are using the most effective techniques to protect the public.”

When Hurricane Florence made landfall in Wilmington, N.C., Sept. 13-14, 2018, it not only resulted in days of rainfall that led to 28 counties being declared disaster areas, but it also led to an onslaught of “mega mosquitoes” across the state. The species featured striped legs, were two to three times the size of a traditional mosquito and were so aggressive, they caused some to wonder if they were really wasps or the lead villain in a bad science fiction movie.

North Carolina Gov. Roy Cooper ordered $4 million to fund mosquito controls efforts in counties that were affected by the outbreak, and while this was welcome news to those living in the hardest-hit areas, Stephanie Richards, MSEH, Ph.D., with the Environmental Science Program at Eastern Carolina University, said there is more work to be done.

“There haven’t been a lot of long-term solutions when it comes to mosquito prevention,” she said. “In 2011, the pest management section was cut from the state budget so there has been a need to reorganize our efforts.” 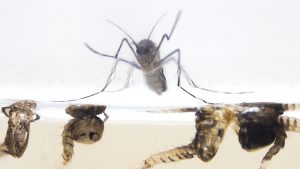 An adult mosquito and mosquito pupae are shown. (Photo provided) 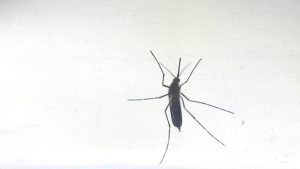 After Hurricane Florence, Wilmington, N.C., residents were harassed by a species of mosquito with striped legs; they have been described as being extremely aggressive. (Photo provided)

The Centers for Disease Control and Prevention says local governments and mosquito control programs should adopt a cohesive approach to control mosquito infestations and keep their communities safe. They can conduct mosquito surveillance and take steps to control mosquito populations before they get started. They can remove places where mosquitos typically lay eggs while controlling the insects at the larval, pupae and adult levels. Above all, they need to monitor control programs in order to judge their effectiveness.

“For example, if an insecticide did not work as well as predicted, professionals may conduct additional studies on insecticide resistance or evaluate the equipment used to apply insecticides,” the agency says on its website.

As president of the North Carolina Mosquito and Vector Control Association, Richards said she is encouraged by the presence of Mike Doyle, the state public health etymologist and NCMVCA 2018 vice president, who has been working to develop programs that will help study the issue and create workable insect solutions that will benefit everyone.

“We have yearly conferences and training workshops, and we have gotten some universities to help as well. There is also a legislative session set up to talk about these issues and determine how we can be more proactive and more organized when storms occur.”