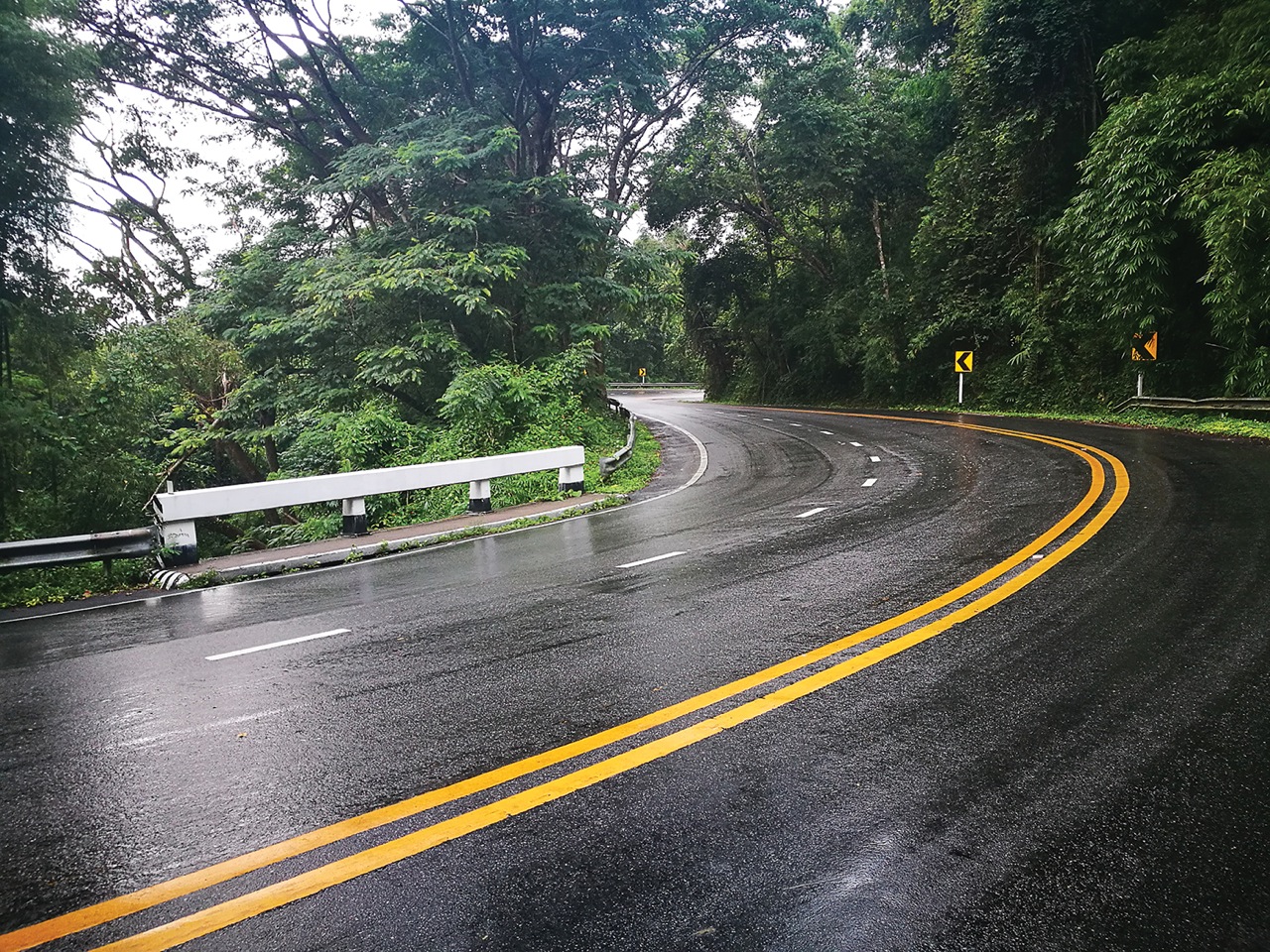 High friction surface treatments can reduce accidents on stretches of roadways that have had high rates of them, including during wet conditions. (Shutterstock.com)

One of the most important tasks for any state department of transportation is to save lives. That’s why road construction and repair is so vital to pretty much every municipality.

Yet vehicle-related fatalities are still a major cause of death in America. According to the National Safety Council, in 2018 roughly 40,000 people lost their lives to car crashes, and that does not include the thousands of other people who were seriously injured.

While it’s not necessarily a new solution, high friction surface treatments have shown that they can be a cost-effective way to save lives.

According to the U.S. Department of Transportation Federal Highway Administration, HFST “involves the application of very high-quality aggregate to the pavement using a polymer binder to restore and/or maintain pavement friction at existing or potentially high crash areas. The higher pavement friction helps motorists maintain better control in both dry and wet driving conditions.”

HFST is critical for use in spots with sharp horizontal curves and in any areas where the pavement has become polished due to use and wear. The less friction a road has, the less safe it is to drive on. Per the FHWA, the treatments are often applied to high volume interceptions, interchange ramps, bridges and selected segments of interstate alignments. As of 2018, only seven states had not tried the use of HFST on a curve. On the other hand, eight states had applied HFST to more than 100 curves, including the state of Pennsylvania. 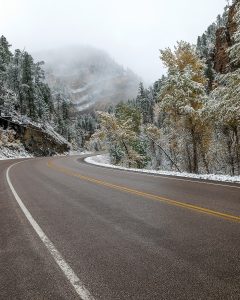 The South Dakota Department of Transportation has used high friction surface treatment in and around the Black Hills, showing the technology’s potential in reducing road departure crashes in winter conditions. (Shutterstock.com)

The Pennsylvania Department of Transportation has been using this technology since 2007 and seen a significant reduction in traffic accidents.

“As of November 2018, PennDOT had successfully installed high friction surface treatments on over 300 different two-lane sections of Pennsylvania roadways,” said Alexis Campbell, PennDOT press secretary. “These locations were selected based on wet-road crash data, excessive braking at intersections, presence of unmovable objects affecting the width of the clear zone and other lane departure crashes.”

By using follow-up data where crash information was available for at least three years, it was shown that after high surface friction treatments were installed road friction was improved in wet conditions, with fewer people running off the road or hitting fixed objects. Additionally, there were fewer overall crashes.

Per Campbell, at the 47 locations, fatalities went from eight to zero, while overall crashes went from 190 to 71.

“Our ultimate goal is we don’t want any fatalities on our roadways,” she said. “We know that the use of infrastructural safety measures like high friction surface treatments can be helpful in certain locations, specific locations where a lot of crashes where people are leaving the roadway are happening. For example around curves. So if they apply the treatment in certain areas, it can help slow vehicles down, and it can help with reducing crashes. And we’ve seen the evidence that it’s effective in those situations.”

Campbell said the installation of HSFT is usually inexpensive, especially if it’s done in the midst of a larger road construction project.

“Generally, we would use the high friction surface treatments in spot locations. So when you consider the total project cost, it wouldn’t be particularly expensive cause it’s done as part of a larger project in general,” she said. “How long it takes would depend on the project, too. Like if they’re just applying it to one curve where the pavement is already in good condition, then there would be very minimal impact to the work zone; however, if they’re doing a couple of different curves and it’s being done as part of a larger paging paving project, then it takes longer but not because of the surface treatment because of a larger project in general.”

While HFST can help keep communities safe no matter the weather conditions — snow, sleet, rain or light ice — the treatment has shown it can be particularly impactful in reducing winter conditions.

The South Dakota Department of Transportation won a finalist placing from the American Association of State Highway and Transportation Officials for a project where it added HSFT in and around the Black Hills.

“This project was the first demonstration in the country of how the technology of a high friction surface treatment could be used to reduce road departure crashes with winter road conditions as a contributing factor,” said Darin Bergquist, secretary of transportation, in a press release. “Driver safety is a high priority for the department, and the innovative use of this treatment is already reducing crashes and saving lives.”