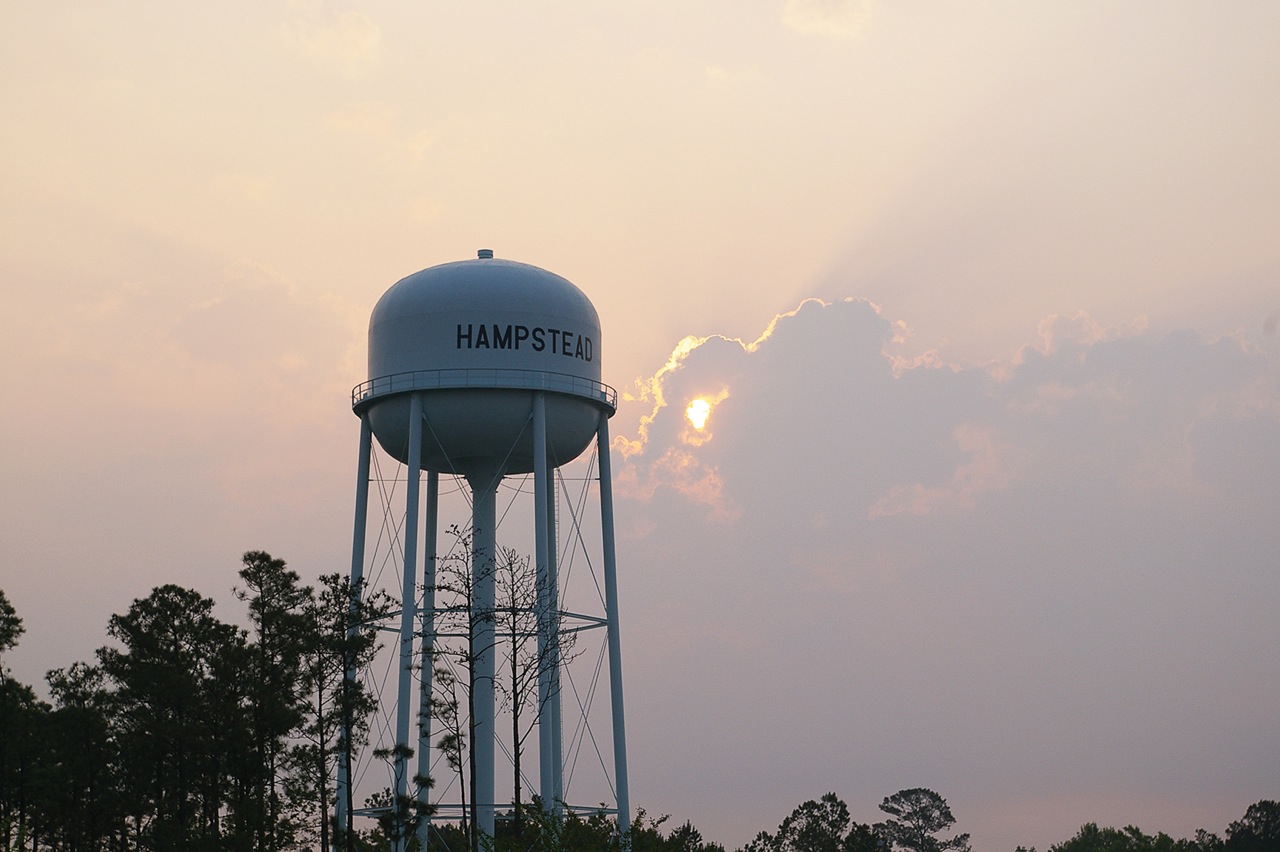 Hampstead, N.C., is an unincorporated community in Pender County. Over its history, there have been a few attempts to incorporate with the latest starting in 2017; however, each attempt has met challenges. (Public domain)

The answer? Not so simple. Hampstead, N.C. has been trying for years to incorporate, according to Suzann Rhodes, FAICP, who has been closely involved with the so-far-unsuccessful endeavor and led the Hampstead Pro-Incorporation Steering Committee.

“There is a lot of history around attempts to incorporate Hampstead,” said Rhodes. “It was tried twice before our effort — the issues have been the same and had the same politically influential opponents. The reasons the public opposes it remain basically the same: Current large landowners want to sell for a big profit and know how to get through the current system. Local citizens do not want to pay more taxes and people do not trust government.” 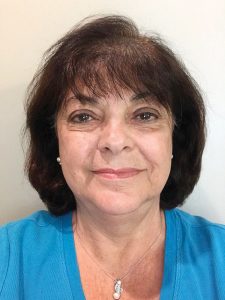 To get some background on Hampstead and why its incorporation hasn’t happened yet, let’s look at some stats. Hampstead is a 34-square-mile piece of extended land in Pender County, which has expanded from under 5,000 residents 20 years ago to more than 15,000 today with 465 people per square mile. Benefits of incorporation would include police protection; road maintenance; waste collection; sidewalks and trails; streetlights; park and recreational facilities; and land use control. If incorporated, Hampstead would claim the title of North Carolina’s 55th largest city out of 553.

Only the North Carolina General Assembly can approve and incorporate a city, town or village. The NCGA meets “in regular session every two years. This session must include the Senate and House of Representatives … her house shall proceed upon public business unless a majority of all its members are actually present … Extra sessions are on legislative call.”

Technically they meet biannually but are in session almost year-round, according to Rhodes. “Unfortunately, we never got our petition requesting incorporation in front of the NCGA because we could not get enough signatures (we needed 1,950 signatures or 15% of registered voters in the proposed ‘city’) to get it to a level the NCGA would even consider it.”

The public effort to incorporate began in July 2018 when a group of Hampstead residents met to discuss the possibility.

“The reason for the initial discussions,” said Rhodes, who organized and spearheaded the meetings, “was that rapid growth and extensive development had occurred since the last failed incorporation effort in 2007, and it was time for the community to revisit the possibility of incorporating.”

On the pros and cons of incorporating, taxes are a biggie. An ad valorem property tax of 20 cents per $1,000 property valuation would be needed to generate more than $4 million in revenues for Hampstead. For the average household, this would be between 55 cents and $1.10 per day in additional taxes. An extra measure of government, which translates into a mayor, city council and clerk, among other vital positions, would also be required.

Incorporating has its very vocal naysayers who point out that incorporating a town will only serve to duplicate almost all these services, which in turn could result in massive spending and higher taxes and fees while putting a burden on those with fixed incomes. They also question why residents should pay more for trash service when they already have full access to the county trash station. Trash service was proposed as optional for households wanting pickup services rather than needing to drive their trash to the county refuse facility. The proposed trash pickup service would have been covered by a separate fee negotiated by the new city and paid for only and directly by households selecting this additional service.

Rhodes, whose area was being hit by Dorian as she was being interviewed for this article, mentioned another reason for incorporation efforts.

“During Dorian, we kept power, but a local water main broke so we have limited water,” said Rhodes, adding there was also flooding in the area, which is a continual problem because of overbuilding in flood-prone areas.

“Some roads are closed because of flooding. The development in the area — not so much overdevelopment but development in low-lying areas sensitive to erosion and areas that do not drain or drain directly into coastal waters are and have been one of the big issues leading to the three efforts to incorporate and take over the zoning from the county.”

The county itself has officially said it wanted to remain neutral on the topic of incorporation. 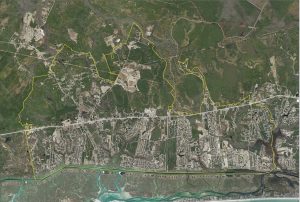 This shows the 34-square-mile piece of land that would make up the city of Hampstead should it ever incorporate. (Photo provided)

The anti-incorporation group has its own website, saveourcommunity.net, though the veracity of its claims have been called into question. The group also have a physical petition available on the website, which Rhodes checked with the legislators several months ago and found that less than five people had even submitted the anti-incorporation form.

“One of the services we proposed was a local police department that would work to support the five county sheriff deputies who patrol the 870 square miles of the county,” said Rhodes, adding the county’s area is about half the size of Rhode Island.

“While this is a low-crime area, it often takes 45 minutes for a sheriff’s deputy to respond to a call from the Hampstead area,” she said. “One article on the front page of the local print newspaper for the county quoted the opposition group as saying the pro-incorporation group was proposing a ‘police state.’ After that, the paper refused to print any clarification or even a letter to the editor from me or anyone pro-incorporation refuting that statement. I will restate my concern that the opposition group used name-calling as a diversion to stop the conversation at our public meetings.”

She also noted, “I offered to meet privately and discuss the issues. They turned me down, saying there was no room for compromise.”

The committee favoring incorporation tried make sure all its bases were covered.

“We began our research efforts looking into incorporation in mid-2017. We looked at its history — the legal requirements, the pros and cons. After doing a lot of research, we put together a steering committee of about 35 local leaders, including the presidents of all the Hampstead area homeowners associations we could contact, which was about 20. We spent six months talking with them in our monthly meetings and interviewing local elected and appointed officials and local government staffs.

“We began our community meetings in February 2019 and held four. Each was attended by about 75-100. We also held meetings with the local Kiwanis Club, Rotary Club, two homeowners’ associations, and we contacted all local media outlets.”

Despite this effort, Rhodes said, “At the first community meeting, we were shouted at and accused of being out for personal gain, backed by some undisclosed person, called communists and so on. Basically our motives and character were challenged. After the second meeting, we had a county sheriff’s deputy there to keep the peace.”

Rhodes estimated that her group probably got about 350 attendees and, in the end, had 200 signatures. Unfortunately, this was still far short of the 1,950 needed based on North Carolina state statutes.

“If we had had financial backing adequate to do a broad-based mailing to the community, we may have come closer to getting the signatures needed to take the petition to the NCGA,” said Rhodes.

Robert Muller, a member of the NC State General Assembly, provided guidance to Rhodes’ efforts from a legislative standpoint.

“I do not see incorporation close at all,” said Muller, adding the last time it was tried in 2007, it lost 3-1. “The sentiment seems to be the populace does not want another level of government with the expense that goes along with it. They do not buy the thought of controlling their own destiny at the local level. No change even though the area has grown tremendously in the last10 years.”

Muller reiterated the point that any town, city, village or county does not exist without the approval of the state legislature. He helped Rhodes through the legislative jungle, neither supporting nor discouraging incorporation but tried to provide insight to how the system worked in order to incorporate.

“Basically, it is this: If 15% of the people — registered voters — in the designated footprint of Hampstead petition the (general assembly) to incorporate, the representative can put forth a bill to incorporate by calling within the bill for a vote to take place during a scheduled election, and if it passes, the GA will then allow the area to incorporate. This time around the committee has a very difficult time getting 15%.”

Hampstead’s coastal location has been noted as a reason to incorporate, giving locals more control over zoning to prevent overbuilding in flood-prone areas. (Photo provided)

Curtis Schrecangost, a resident of Pender County and an early supporter of incorporation who served on the pro-incorporation advisory committee as it progressed, feels that the opposition wants to keep the land the way it was — a rural coastal area. But the problem with that position is the Hampstead area is no longer rural.

“Pender County is not qualified to regulate the higher-density population in Hampstead,” said Schrecangost. “While not an expert, I would suspect this is why higher-density areas incorporate to provide a different level of government to manage complex infrastructure and population challenges.

The bottom line of why Hampstead has stopped its efforts to incorporate is steering committee could not get the 15% of registered voters inside the footprint to sign the petition to the NCGA to consider incorporation, said Rhodes.

“I think for Hampstead to incorporate it’s going to take either a generation change or a major problem,” concluded Rhodes.

“My advice to an area wanting to incorporate is either to try when the area and populace is small and manageable (under 2,000), or figure out who is politically influential — who will be impacted by the changes incorporating will bring and get them behind you. Today even the argument that you will be able to control your own area is met with many citizens saying, ‘Government is corrupt everywhere, and it will just become that way here.’”

“We are in a very sad time in terms of political discourse. I hate to sound so pessimistic. I am also hopeful — time changes a lot of people, attitudes and conditions — maybe in another 10 years it will be a better time to try again.”