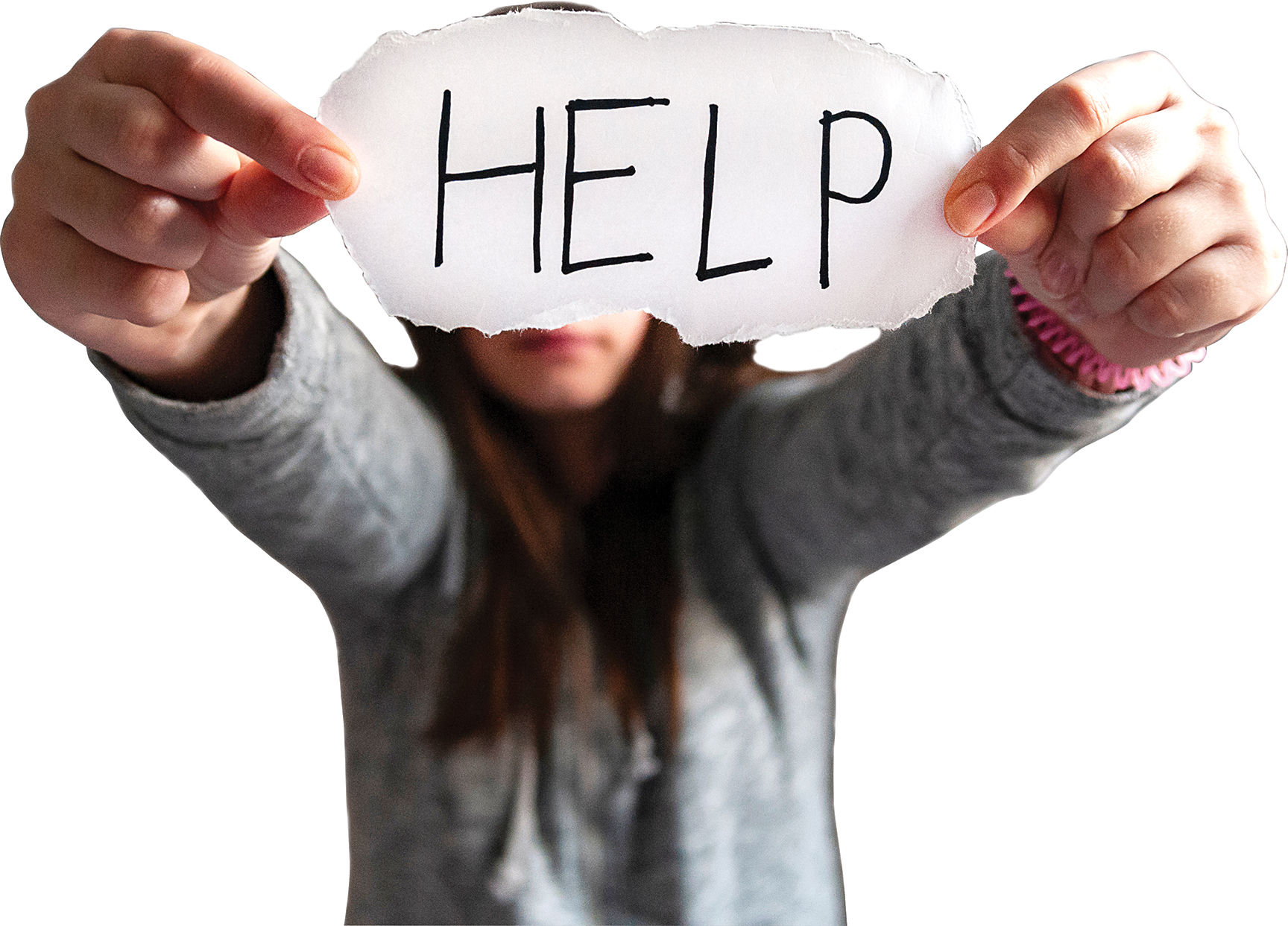 Dardanelle, Ark., is a historic city that lies on the banks of the Arkansas River and this year added to its history when a flood of historic proportions overcame the city  at the end of May.

Mayor Jimmy Witt said, “Flooding is not something we’ve been used to here — we’ve hit the high water mark every three to five years, but this year we were 2 feet above the highest elevation. It was the highest since 1943 before the dam system was put in.”

According to Witt, the flooding “caused a lot of problems, but due to preventative measures and the grace of God, there was not a lot of damage here in town.”

One advantage he had with this disaster is that it took awhile to happen. “That was the longest I’ve ever waited for a disaster to happen so we were prepared. We were able to calculate the flow of the river, and we were on the phone with the Army Corps of Engineers every day so we knew what to expect and we knew if it got to a certain point it’d be time to put people and things into place.”

He said city hall sits 30 feet away from the riverbank. The city had 40 to 50 people in the conference room every day. These people included — aside from Dardanelle’s emergency service and public works — the sheriff, mounted patrols, which also do water rescues — and multiple representatives from congressional districts, county judges and a young man — Cade Schneider — who had just graduated from an emergency management services program.

“I knew it was critical to have someone to take notes and take care of communications,” Witt said, and he had Schneider in that role.

He included the city’s main employers’ top management — Walmart as the biggest supplier, plus Tyson and large poultry plants — even those 20 miles away on the other side of the river.

“This impacted them as well — it would’ve had a huge economic impact if the bridge closed down,” Witt said.

Officials had a conference call every morning at 10 a m., with Witt adding, “The key to managing any disaster is communication — with your people and the essential team. Every day we went over different scenarios and discussed how we’re going to solve it.” 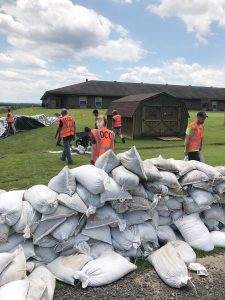 From circuit judges, car salesmen and nurses to kids,volunteers who came to Dardanelle, Ark.’s, aid during a flood event were from all walks of life. (Photo provided)

Then officials communicated to the public via the Facebook mayoral page to keep everyone in the community updated. Witt said posts were made at least three times a day. “At one point we had about a quarter million people following each post. People who lived out of town but had family here were following,” he said.

The city also had a massive sandbag operation with over 500 volunteers alone in a city with a population of about 5,000.

He said his father was director of the Federal Emergency Management Agency under President Clinton so he saw a lot of different disasters over the years, and “We have a different level of volunteers here, the level of which per capita is unheard of. We had circuit judges, car salesmen, nurses and kids — it didn’t matter their status — everyone was lined up passing sandbags.”

Officials were overwhelmed with volunteers and had two sandbag operations. “We could dump a truckload of sand and the pile would be bagged within 45 minutes — it was impressive,” he said.

Witt utilized city employees and “trusted citizens” to manage traffic flow and parking at pickup locations. Churches and individuals fed everyone. Some city personnel and the city clerk were working 90 hours a week, so over the Memorial Day weekend, the mayor’s wife and public works director’s wife took over the phones to give them a break.

“It literally took the town to manage things,” Witt said.

The second most important thing is partnerships. He said the city has really strong partnerships — for example, it had six utility company trucks standing by to turn off power to neighborhoods if they were flooded. Arkansas Game and Fish representatives were also involved, and surrounding cities sent their people.

“We didn’t have to wait hours or days for help. The key is to network and build those mutual aid agreements,” he said. “The way disasters work is you learn from everyone you have, but with this disaster, we had no history to go off of; it put us in a reactionary mood, which is the worst thing to do.”

Witt felt the city had more tools in its toolbox from watching his dad over the years. “It’s the little things that get you, so don’t be afraid to think outside the box.”

He added, “Now my job is to help others move forward and be better,” he said.

Mayor Gerard Landry of Denham Springs, La., has more of a cautionary tale about not having a plan in place. When his community was inundated with flooding from an unnamed storm in August 2016, it got through it with what he called “a seat of the pants operation.”

Residents saw 25-30 inches of rain in 24 hours with more than that in city hall. The city has a population of 10,315, and 90% of homes and buildings were flooded and only 27% had flood insurance.

“I was literally sitting on milk crates in the Walgreen’s parking lot with my cellphone,” Landry said. “Mayors don’t get training in emergency management when they take office and most come from the private sector.”

Landry had previously served on the planning and zoning board and was in retail grocery management for years so he was exposed to some disaster issues. Despite not having an emergency management plan in place, Landry said, “All hands were on deck and I think it went well. We had no lives lost within the city limits.”

When it comes to disaster relief, FEMA comes to mind and it did help, but the city is still waiting for payments on some items. He said its first shipment of relief items didn’t come for five days. 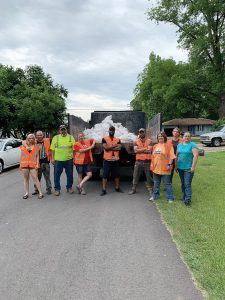 “You’re always told to prepare for three days of emergency food and supplies — but in a flood like this, all of our supplies were gone,” he said. “We lost everything.”

Landry said Denham Springs is not a lot different than other communities, but its Cajun heritage is conducive for getting together and making jambalaya. “As soon as the flood happened, everybody started cooking and showing up with pots of jambalaya and spaghetti for first responders and that food lasted several days.”

A building about a block away from that Walgreens was a former grocery store and had been gutted to turn into a nondenominational church. That became the centralized location for emergency supplies and donations. There was no place to even shop in town. Churches helped to sort the clothes and goods, but it became a mess at times. He said a local lumber shop donated 10-by-10 tents that were also utilized.

Landry recalled a husband, wife and daughter coming to sort through the piles, looking for shirts and pants for the girl. The dad found a shoe and continued searching and found the matching shoe.

“The joy on that father’s face when he found that pair of shoes still chokes me up,” he said.

The city lost its city hall, street department, animal shelter and two of the three fire stations. “But we never lost services through all of that,” he said.

Volunteers from several denominations organized themselves. He said the city did not have memorandums of understanding at that time, but they do now.

Officials attended training in Emmetsburg, Md., put on by the Emergency Management Institute to help them develop that plan. During a normal evacuation, the National Guard helps, but officials recently realized they had no plan for single evacuations. The city recently had a storm event that scared folks and an elderly woman asked to be evacuated. Officials discovered the nearby Council of Aging has vans they could utilize and now have a memorandum of understanding with them. They’ve also offered free counseling for those with what he calls post-traumatic flood syndrome.

This flood was not something that was ever expected in Denham Springs, and making the problem worse was a highway design that incorporated a concrete wall that flowed all the water back into the city.

Landry said, “We learned from the experience, and because of my inexperience, the people I handpicked to be in the Emergency Operations Center are all in their 30s and 40s.”

The fact that Landry was reelected was affirming for him, especially since a senator had told him that 83% of the time a reelection doesn’t happen after a horrific event.

“I’ve always told my citizens that I work for them and we do the best we can,” he said.

All of these cities — featured in Part I and Part II — brought their communities together in some way to thank everyone and to give thanks for getting through their respective disasters. The mayors felt it was a means of closure and moving forward. 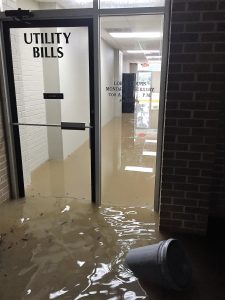 The lobby of Denham Springs, La.’s, utility department at city hall has water flowing inside during a historic flood event in August 2016. The city is still recovering from the event that impacted the entire city. (Photo provided)

In Dardanelle a “Flood Fest” was held two weeks after the event. Witt said the city fed the community a full meal of chicken and beans, with the churches providing desserts. There were about 900 in attendance, with approximately 750 being fed. Witt said it was a way to honor everyone, and “It gave me a vehicle to thank everyone and it gave closure so we could move forward.”

He added, “Communities have to heal and get past any anxiety.”

Denham Springs also got everyone together for a community celebration on the one-year anniversary, and Landry said there were three or four pastors who gave sermons. At one point the pastors asked the mayor to come up and they surrounded him, praying for him as he led the city through the recovery.

“It was quite humbling,” Landry said.

Nappanee, Ind., held a few celebrations. Two months after the tornado, the mayor presented all of the storm survivors — they didn’t like to call them victims — with an angel ornament at the first town Christmas parade named, “Miracles on Main and Market,” after the miraculous fact that no lives were lost. The community gathered at the first anniversary and then held a final celebration at the 10th anniversary of the tornado.

Nappanee’s Mayor Phil Jenkins said, “While you hate to think of something happening the more you plan, the better off you are knowing where you have resources and contacting the people who can help the most.”

He added, “The tragic thing about disasters is the damage they cause. But when you see the good that comes out of it — the people who pull together — it restores faith in the human race. I think that is echoed all over the country.”