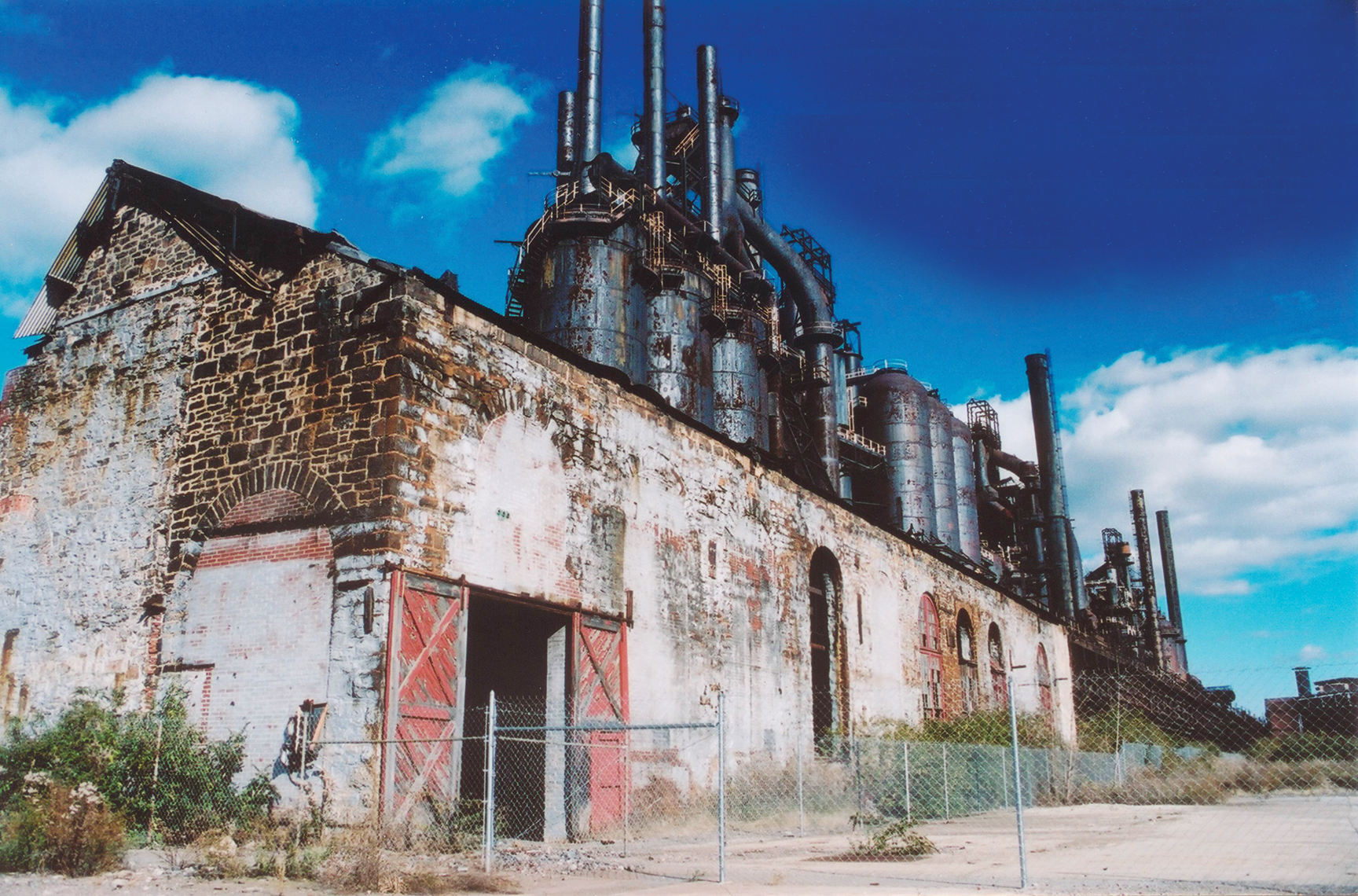 Brownfields offer special challenges when it comes to redevelopment, with developers often being wary of what they might find. (Shutterstock.com)

Many progressive municipalities, like Waterbury, Conn., are giving renewed life to previously industrial brownfields, turning them into brightfields or cleaned up spaces that residents want to visit.

These often toxic barren grounds all over the nation are home to decaying, debris-ridden empty factories with crumbling bricks, broken windows and overgrown fields. They can provide cover for the homeless or places where addicts seek drug dealers, among other unwanted activities. Not to mention, they can host an abundant population of rodents.

The unsightly places often scare away developers who may be ambivalent about investing funds into unknown, unattractive graffiti-decorated properties or neighborhoods; however, the biggest challenge, even if the place is mostly cleaned up, is constantly obtaining state funding and grants to give new life to these abandoned areas.

Waterbury, population 108,802, has achieved a well-earned reputation of being a leader in its state for identifying, reversing environmental damage and redeveloping of landfills and brownfields.

Mackenzie Demac, the office of Mayor Neil M. O’Leary’s chief of staff, shared information about the brownfields already rehabilitated in Waterbury and the ones in progress.

“We’ve already done Chase Brass and Copper (Waterbury Industrial Commons) in 2016,” said Demac. “Others include Macdermid (where a new department of public works facility was built) completed in 2018 and Mattaco Manufacturing in 2012, where a funeral home, senior center and health center were built.”

One of Waterbury’s most ambitious projects has been the Anamet, a landmark factory complex, which went dark in 2000. The area was an unsightly mess with overgrown grass, discarded building materials and broken windows. The majority of the demolition has been done in 2019, but additional funds are needed to finish the demolition and remediation.

“Anamet closed in 2016 and GEI Phase I notes that the site is vacant except for a landscaping company; industrial operations stopped in 2003,” said Demac. “The following paragraphs are quoted from the 2016 GEI Phase I report: ‘A small landscaping operation and minor equipment and vehicle repair operations are currently occurring in the southwest of the site. The site was purchased in 1961 by the Anaconda Company, which in 1977 became a division of the Atlantic Richfield Company (ARCO). The combined company operated as ARCO Metals, and in turn, the site operated as the Anaconda Metal Hose Division.’”

Demac noted, “We have not received any more funding since June. There are so many projects that the state is simply overwhelmed. The total amount that has been given to Waterbury programs between July 1, 2009, and Dec. 1, 2018, is just $8.4 million, according to the Department of Economic and Community Development.” 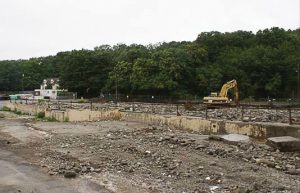 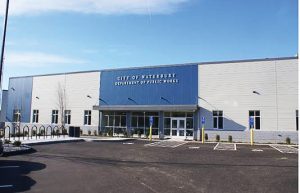 In some instance, solar developments are proving to be an environmentally attractive option for brownfields — not only does this clean up sites but it also offers a source of renewable energy for a community to tap into.

Chad Farrell, CEO and founder of Encore Renewable Energy based in Vermont, gave an insight as to how many types of blighted areas he has solar-developed in other cities.

Vermont’s brownfields have been rising from the ashes, becoming parks or other desirable entities with the added benefit of using solar panels. 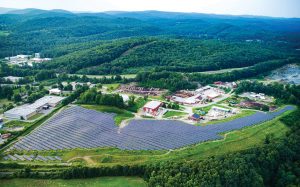 Pictured is a solar project that was constructed on a Brattleboro, Vt., landfill. (Photo provided by Encore Renewable Energy)

Farrell feels that state legislators need to develop and promote programs that “level the playing field” against rural greenfield projects built on cheap land and in locations that are not generally all that beneficial for the grid due to limited electrical demand in these rural locations.

Since greenfield sites cost less to develop, there is a tendency to steer development to preferred sites with financial incentives. Suitable sites vary from small ones, such as carport roofs, to comparatively bigger sites like previous factory sites, capped landfills, gravel pits or contaminated areas, which are desirable to utilities since they are close to load and transmission infrastructure.

Landfill solar projects tend to cost extra — about 10% to 15% more than projects on undeveloped land. Also, obtaining environmental permits can be time-consuming and costly. Construction, too, can be iffy, especially since ground settling might not work for a large solar display. Other construction woes can include the use of small low tire pressure or tracked vehicles and the need for no subsurface penetration, which requires wiring to be placed in above-ground stainless steel conduits.

According to Farrell, additional permitting requirements and environmental insurance packages can add to the challenge.

What are some reasons a city might decide against installing solar to these blighted areas?

“Perceived liabilities for the municipality, though these liabilities are controlled/ameliorated with environmental insurance policies designed to indemnify both the project owner as well as the landowner from exposure to preexisting environmental liabilities,” said Farrell.

Sometimes construction posts can’t be driven into the ground for redevelopment the way other brownfield sites allow.

“This is more applicable to solar projects on capped, closed landfills, where the landfill has been closed under state and/or federal regulations with an engineered soil cap (that sometimes includes a geotextile membrane),” explained Farrell.

“The permits associated with the landfill cap closure generally stipulate that nothing can be done to compromise the integrity of the landfill capping system. As such, additional stormwater engineering design is required to address potential erosion concerns and additional settlement studies are required to demonstrate that the landfill cap can support the additional loading created by the solar PV array and will not be subject to differential settlement. Additionally, since the landfill cap is not native geologic material, it does not allow for sufficient geotechnical support for the array in terms of prevention of uplift from wind loading.”

NEXT: Preserving our future through bike parks