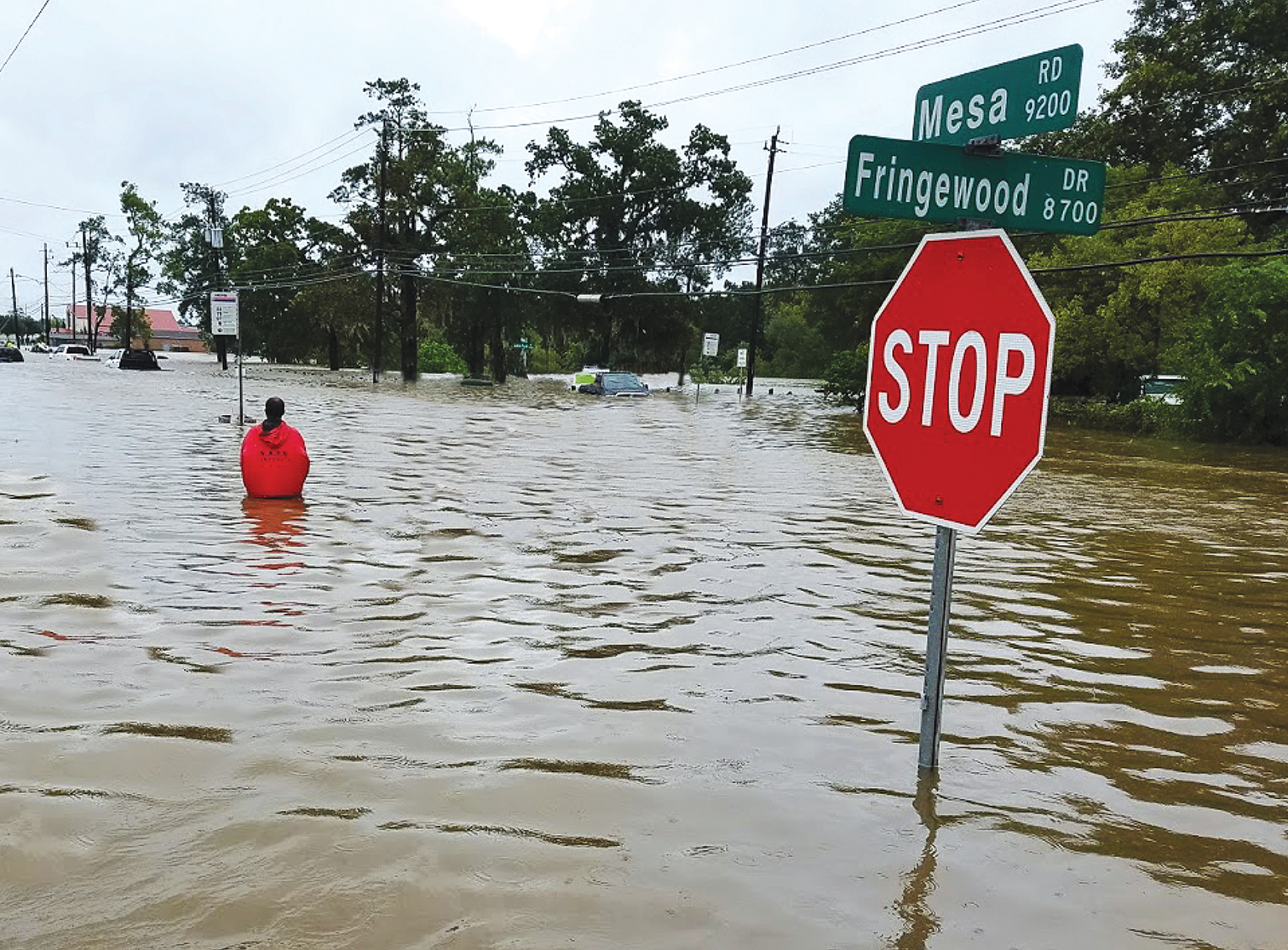 In August 2017 a catastrophic Hurricane Harvey left his calling card with the good people of Houston and southeast Texas who hadn’t invited him in the first place.

The Category 4 high winds — 130 mph — and a slamming rainfall left a record $125 billion in damage and at least 68 fatalities. Ultimately, it tied with Katrina as being the most expensive tropical cyclone recorded.

Susan Rogers, associate professor and director of the Community Design Resource Center within the Gerald D. Hines College of Architecture and Design at the University of Houston, is part of the study being done in this project, which will look into preparing for another such storm in the area. Her efforts have been shared by Rice University’s Severe Storm Prediction, Education and Evacuation Disasters — or SSPEED — Center and other local institutions in an effort to mitigate future floods in the area. 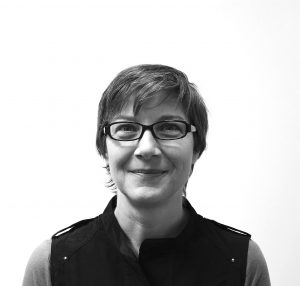 Susan Rogers, associate professor and director of the Community Design Resource Center at the University of Houston

“Our work is research funded through the Greater Flood Mitigation Consortium in the hopes that it will inform the processes that are put in place by both the city and county and, in some areas, the state and federal agencies,” said Rogers.

“We are currently working on resiliency plans for four neighborhoods that are part of a larger Greens Bayou Watershed Analysis and Resiliency Planning Study, which will be complete in September, and we hope that the plans will influence the city of Houston’s current effort to develop a citywide resiliency plan,” said Rogers, adding that this was being led by Marissa Aho, the city’s chief resiliency officer in the mayor’s office.

Funds for cleanup and rebuilding that are still being sought include Federal Emergency Management Agency, as well as state and local government monies and even private donations — all more than a year and a half after the disaster.

“I would note that the Flood Infrastructure Fund did pass the Texas Senate and was signed into law by the governor, with $1.7 billion earmarked — smaller than the $3 billion others were asking for,” said Rogers, referring to “Legislation with $1.7 billion for flood control and mitigation projects goes to governor,” a Texas Tribute article published May 26, 2019.

“What that will mean long term is unclear. This is three separate bills, at least according to the Texas Tribute: SB 7 and HJR 4, which both passed and were signed. The third was not passed, according to the Texas Tribute, which says, ‘The Senate agreed Friday to House amendments to SB 8. Designed to be similar in format to the water development board’s State Water Plan, the state flood plan would give representatives from each of the state flood planning regions the ability to craft a plan and submit it to the board for consideration in a master plan.’”

For most people on the ground, recovery dollars have been slow to arrive, according to Rogers, who added, “I think if you look at the actual dollars sent to recover from Harvey from the federal government, in terms of federal appropriations, it is much lower and much slower than those sent to the victims of Superstorm Sandy.” 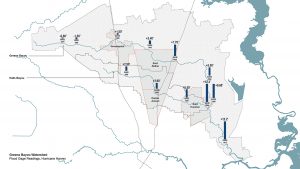 The group has had two workshops, and Harris County representatives have been present at each, with the county, under Judge Lina Hidalgo, making many efforts to ensure money is planned for and spent wisely.

“But we have massive unmet and new needs in terms of flood infrastructure but also more simple needs, for example, for better floodplain maps,” Rogers pointed out. “Particularly with the release of Atlas 14 rainfall data, which has increased the 24-hour rainfall for a 100-year storm in most of Houston from 13 inches to 18 inches.″

Both Houston and Harris County updated building regulations following Harvey. In July, the county adopted even more stringent building regulations, and Houston is negotiating a second round of tougher building regulations in floodplains. Houston introduced new floodplain development regulations that went into effect Sept. 1, 2018 — which increased the need to elevate structures in both the 100-year and 500-year floodplains. Roughly half of all homes flooded in Harris County, however, were outside of mapped flood risk areas, so this is not simply a problem of building in the wrong place. The county had the misfortune of receiving 47 inches of rain in four days, and according to Rogers, normally only 19 inches is devastating. The county regulations adopted a couple of weeks ago, which went into effect immediately, are represented in the graphic below: 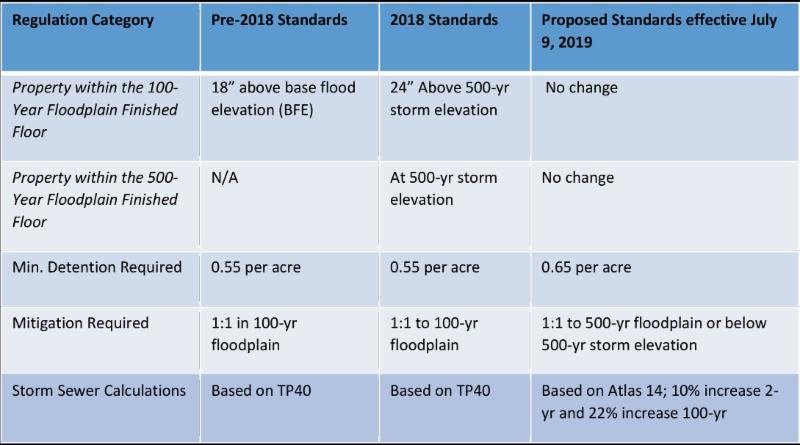 Harris County is working on a number of big projects; this includes the Modeling, Assessment and Awareness Project — or MAAPnext — that is currently working to remap the floodplains within Harris County using Atlas 14 rainfall data on a watershed-wide basis. In addition to floodplain remapping, the county is also creating urban flooding maps, probabilistic flood grids and a number of “nonregulatory” products that will be useful in communicating flood risk to the public.

“Greens Bayou is one of the Phase I watersheds currently under study and the whole project should be completed and ready to send to FEMA for review by the end of 2021,” said Rogers.

Harris County has an extremely robust emergency preparedness and response plan that utilizes local, regional and state partners, including a large proportion of the 17,000 county employees who are trained to respond in the case of a disaster, according to Danielle Lemelle, executive director of the Harris County Community Services Department.

“Multiple meetings occur throughout the year, including regular meetings of all 34 Harris County cities to coordinate and discuss preparedness, response and other related work,” said Lemelle, who noted the County Office of Homeland Security and Emergency Management — or HCOHSEM — handles these meetings. 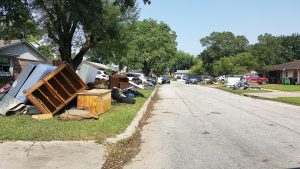 Residents pile ruined future outside of their homes after Hurricane Harvey hit in August 2017. (Photo provided)

Rogers volunteered some additional information about Hurricane Harvey: It released the largest amount of rainfall ever recorded and resulted in one of the most damaging flood events in U.S. history. It dropped between 36 and 52 inches along the Texas coast over five days, exceeding all rainfall records with up to 20 inches in a day. Most bayous during Harvey were upward of 10 feet over bank and flooded an estimated 205,000 homes in Harris County alone.

The Greens Bayou Watershed Resiliency Planning Study aims to be a model for comprehensive flood management by incorporating state-of-the-art methodologies for flood hazard modeling, investigating green infrastructure mitigation options, evaluating flood impacts on infrastructure — in the form of roads and railroads — and by prioritizing equity, community engagement and collaboration.

Given the above issues, said Rogers, Greens and Halls bayous are studied here in detail, including an analysis of the impacts of Hurricane Harvey, an evaluation of the floodplain; flood claims and land use; and an investigation of proposed flood mitigation projects as well as additional projects identified through the study. The goal is to generate resiliency strategies that work across scales, from the watershed to the neighborhood, to the home and family. The project is interdisciplinary and led by the SSPEED Center, University of Houston’s Community Design Resource Center and the Kinder Institute for Urban Research.

“City of Houston departments are required to have an established and maintained viable continuity of operations capability that ensures performance and sustainment of essential functions during an emergency or disaster situation that disrupts normal operations.”

A viable COOP plan identifies essential business functions, records and database support systems as well as lines of succession, delegations of authority, call lists and alternate worksite options to ensure the continuity of important city operations. The Office of Emergency Management, by nature, is well-versed in emergency and continuity planning processes.

“Additionally, the department frequently participates in drills and exercises to ensure operational readiness,” said Stottlemyer. “Systems and equipment, which support the department’s essential functions, are regularly tested and maintained at readiness levels.

“OEM works to help residents prepare but also serves as the coordinator of the city’s disaster response. Working with the resources of the city, OEM ensures city departments collaborate to manage the emergency and, through a variety of plans and agreements, brings in outside help to restore basic services, helping Houston get back to business.”

According to Sottlemyer, these bullet points are carried through to help restore basic services:

And finally, in the almost two years since Harvey, Houston has passed regulations requiring new construction to be elevated 2 feet above the 500-year flood plain. Houston has also made efforts to increase the amount of emergency response equipment and assets available to respond in emergencies. This Hurricane season, it will have a new water strike team, consisting of 80 members — 20 per shift. They are responsible for swift water rescue, advanced boat ops, WaveRunner ops and high-water vehicle operation.

The city’s long-term recovery efforts are focused on working with the federal, state and local agencies with resiliency in mind to advance housing repair and reconstruction programs as well as infrastructure improvements for flood risk mitigation.

NEXT: Leveraging your parking and curb assets