↓
Home→Storm Management→Get out: Managing evacuations in the event of an emergency 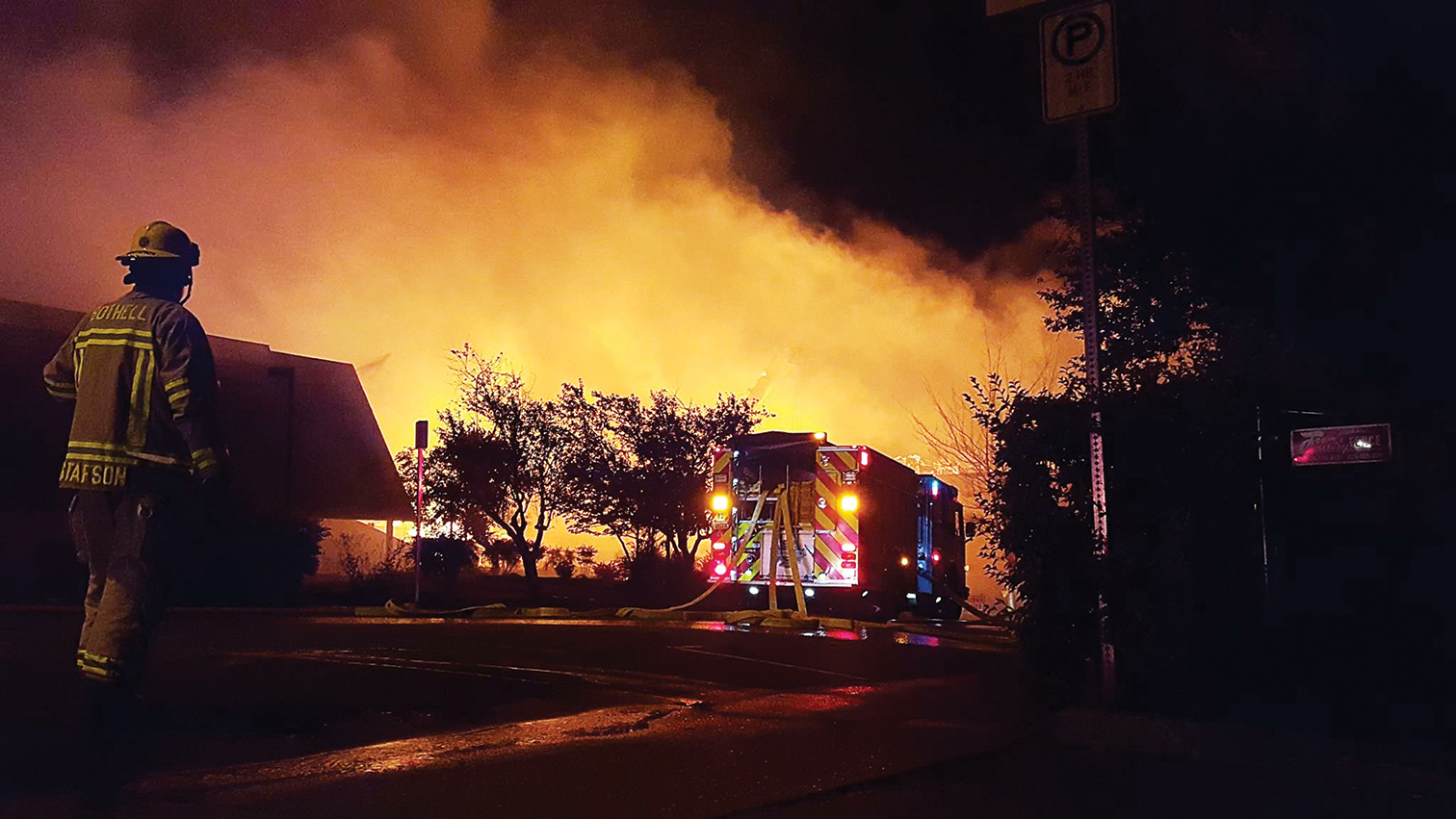 When fires forced Bothell, Wash., residents to evacuate, it was important to officials that they be given clear directives of what was going to happen and how the city would coordinate the effort. (Photo provided)

When disaster strikes, or is on the way, communities have a small window of opportunity to notify the public of impending peril and encourage them to “get out of Dodge” before it’s too late. In order to provide critical information to residents in a timely fashion and coordinate evacuation efforts, emergency management personnel must put together a plan that meets the needs of their residents and is based on the best practices available to them.

Robert Lewin is the former emergency management director for Santa Barbara County, Calif., who now helps communities create their emergency management plans through his private practice. He said the most important things for municipalities to consider when developing their program is the types of events that are most likely to occur, which residents will be most adversely affected by those events and a willingness to revise the system as new information comes to light.

When the Thomas Fire broke out in late 2017 and burned for three weeks, Lewin said residents throughout the county were given the order to evacuate immediately. The message was intended for the area north of the city of Carpinteria, but the wrong box was checked and it took nearly 30 minutes for the message to be clarified.

“One of the problems is that the emergency wireless alert (EMA) is limited to 90 characters, and for a while, our messages only went out in English; however, 40 percent of our community members speak Spanish so we had to create a translator that would help us get the word out in Spanish as well.” 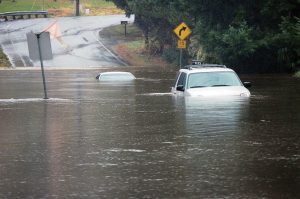 Flooding can leave citizens who chose to remain rather than evacuate during a disaster situation stranded. (Photo provided)

In order to improve communication with the population, the county created Readysbc.org to help residents prepare for and react to adverse conditions and to receive information as it becomes available. The site also helps citizens understand the terminology used in the event of an emergency and respond appropriately.

“I have coordinated evacuations in seven counties within California and one of the biggest frustrations is that there is not a standardized way to execute one,” Lewin said. “In Santa Barbara County, we have adopted a ‘Ready, Set, Go’ model that is used in other areas of the country to help residents prepare up to the moment of evacuation.”

The “Ready” phase can occur from 48-72 hours prior to a storm during weather advisory announcement. It encourages folks to make their plans, gather what they need and prepare their home in the event of an evacuation. During the “Set” phase — 24-48 hours prior to the storm — the Santa Barbara Sheriff’s Office announces that there is a possibility for evacuation and that residents should arrange their transportation, confirm their plans, pack what they need and be ready to leave at a moment’s notice. Officials should also ensure that additional precautions are taken for those who may have access or functional needs or those with large animals who may need to find temporary shelter for them during the storm.

During the “Go” phase — 24 hours prior to a storm — an evacuation order has been announced and the authorities expect residents to leave. Those who refuse to comply with the order may not be forcibly removed from their home, but they should not expect rescue or lifesaving assistance once the storm hits. If a flooding or debris flow occurs, residents may be stranded for several days; however, if they had left when authorities told them to, they would have been notified when it was safe to return to their residences.

“Folks can sign up for these alerts at readysbc.org or by texting their zip code to 888-777,” Lewin said.

Jennifer Warmke, emergency preparedness director for the city of Bothell, Wash., said she incorporates the lessons of the past and works with the leaders of the present to mitigate any future problems.

“We take a comprehensive approach and involve everyone we need to in order to put our plan together,” she said. “It’s not something that can happen in a bubble.” 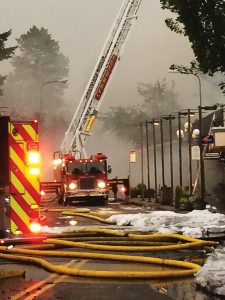 There will also be those who refuse evacuation. It is important to stress the need for a disaster kit with individuals choosing to stay since conditions may prevent first responders from reaching them. (Photo provided)

When fires broke out in 2015 and forced her community to evacuate, it was important to give her community a clear directive of what was going to happen and how the city would coordinate the effort. Naturally, citizens don’t want to relocate to a super dome or other large, impersonal facility, but sometimes, it is unavoidable and they want to know what to expect when they arrive. Will there be cots? Blankets? Adequate toilet facilities? How many other communities may decide to use the same location? Is it big enough to handle the influx of people or should additional locations be scouted? The more city officials work with community leaders in other areas and tap into available resources, the more likely they are to stay ahead of disaster.

“It is already a stressful situation, but when you can take some of the stress out, it makes everything a little easier,” she said. “But no matter how much we do, there is always going to be a huge population out there that won’t leave, and unfortunately, we are not going to be able to help everyone immediately. The best thing we can do is to encourage them to have their disaster kit ready, have a plan and leave while they still can.”

Above all, officials must have a plan for recovery. In order to get people to leave their home when an evacuation order is issued, community leaders cannot leave them stranded for long. Residents want to know when they can return and get on with the business of surviving.

“The sooner you can get them back to normal, or as normal as possible, the better off you will be,” Warmke said. “Parents have to work and in order for them to do that, kids have to go to school. You have to think about what services you are going to bring up sooner rather than later so that the community can get back on track.”