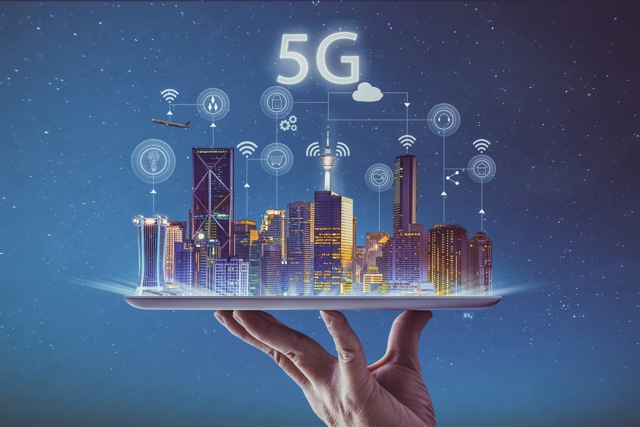 There is a mountain of misinformation circulating about fifth-generation wireless technology, or 5G. You may have heard the scary things people pick up on the internet. Some of that surfaced in The Municipal‘s December 2018 guest column, “What municipal managers should know about 5G.” From my perspective, 5G is a beneficial technology. It’s not all doom and gloom as its opponents suggest.

5G technology is a catch-all name for wireless technology that offers a host of improvements. The internet of things will benefit as cheap low-power devices are embedded in infrastructure, homes and businesses to monitor and control things that are being dreamed up as we speak. Transportation, public safety, public utilities and other municipal infrastructure will be supported with inexpensive 5G data acquisition and control.

In addition to its IoT potential, 5G will give subscribers much faster data speeds so they can be mobile with applications that today require a wired — fiber — internet connection. Along with that, the link delay — latency — between devices will drastically drop. This enables industry, medicine and municipalities to control systems and processes remotely that used to require a truck-roll or an office-visit to have a skilled human on the spot.

The FCC has made it clear that 5G small wireless facilities are welcome in the public way, typically on utility poles and lampposts. Municipalities are devising regulations to establish local control of small cells while complying with federal expectations. 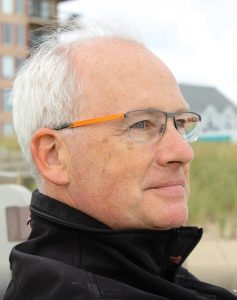 As a municipal wireless consultant, I have helped hundreds of municipal boards vet applications for cell sites over the past 30 years. There is plenty of hyperbole that can come from both sides, but on health concerns, the science is much more settled than the naysayers say. Having been in the trenches with boards balancing the benefits and detriments of wireless facility siting, I see most people take wireless communications for granted today. Their primary concerns are that these facilities not blight the landscape/cityscape. Still, municipalities must reckon with a vocal minority expressing doubts, even fears, about wireless electromagnetic emissions.

Some people suggest that holding a cellphone against your head can lead to cancer, saying the safety information on new cellphone packages is proof. My iPhone instructions say, “During testing, iPhone radios are placed in positions that simulate uses against the head, with no separation, and when worn or carried against the torso of the body, with 5mm separation.” This is routine safety testing to ensure the product does not exceed safety limits and overheat the user.

The safety standards are based on science, not social media. There is a large body of science that supports the way we design and use radio devices. Still, some people are concerned that maybe science has missed something, pointing to this or that study that came up with a positive result for a “non-thermal” mechanism.

Science guru Neil deGrasse Tyson said, “If you are trying to measure a phenomenon that does not exist, the variations in your measurement will occasionally give you a positive signal. If that idea is that A causes B, in this case that cellphones cause cancer, a paper gets written about that result, and then people get concerned …When you actually have A causing B, the signal is huge; it’s huge and it’s repeatable in time and place. With cellphones, that repeatable signal is yet to emerge from the total experiments that are done on it … the experimental results are consistent with no effect at all.”

Cherry-picked data can be downright scary. The naysayers tend to cherry-pick the scientific papers with the worst outcomes or interpret weak associations as proof of causation. However, the safety standards the FCC adopted in 1996 cover health concerns with radio waves. Today’s updated safety standards, like IEEE C95.1-2019, are incremental improvements on prior standards, based on more precise information from recent science.

Contrary to opponents’ charges of industry bias, standards are built on a careful, open and balanced review of the science as it has accumulated over the decades. Municipal managers are no strangers to standards, whether they be for water quality, road materials, land-use density, structural integrity, accounting practices or myriad other topics. Experts convene and build consensus on how to make every aspect of our lives safer. 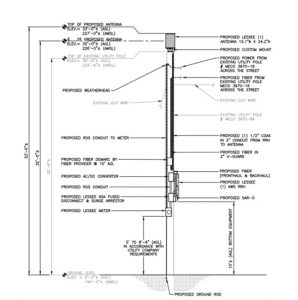 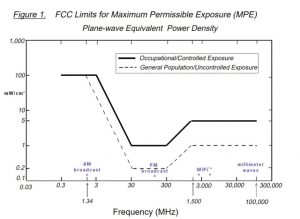 5G technology uses the same radio bands that other cellular services have used for years and expands into an unfamiliar band, the “millimeter wave” — or mmWave — spectrum. This part of the radio spectrum has been lightly used for decades. The cost of mmWave products is dropping. Tiny cell sites will use mmWaves and small antennas at low power to provide very high speed data connections to users nearby.

There are long-standing safety standards for the use of all radio waves, including mmWaves. There’s always room for more research, and new studies come out frequently. These mmWaves have such short wavelengths that they behave more like infrared energy, with shallow skin penetration. Just as your TV infrared remote control has insufficient power to harm skin or eyes, 5G mmWave radios are being designed for safe levels.

There is controversy about 5G technology that municipalities must deal with. In our republic, all voices should be heard. The public interest is best served when informed municipal officials and elected representatives hear concerns and guide the conversation toward matters that municipalities need to control. The likely societal benefits of 5G technology far outweigh the perceived risks.

David Maxson, WCP, is a certified wireless communications professional who has worked in the field for over 40 years. He is also a member of the International Committee on Electromagnetic Safety, www.ices-emfsafety.org.

The opinions he expresses in this article are his own and do not reflect the positions or policies of any organization.