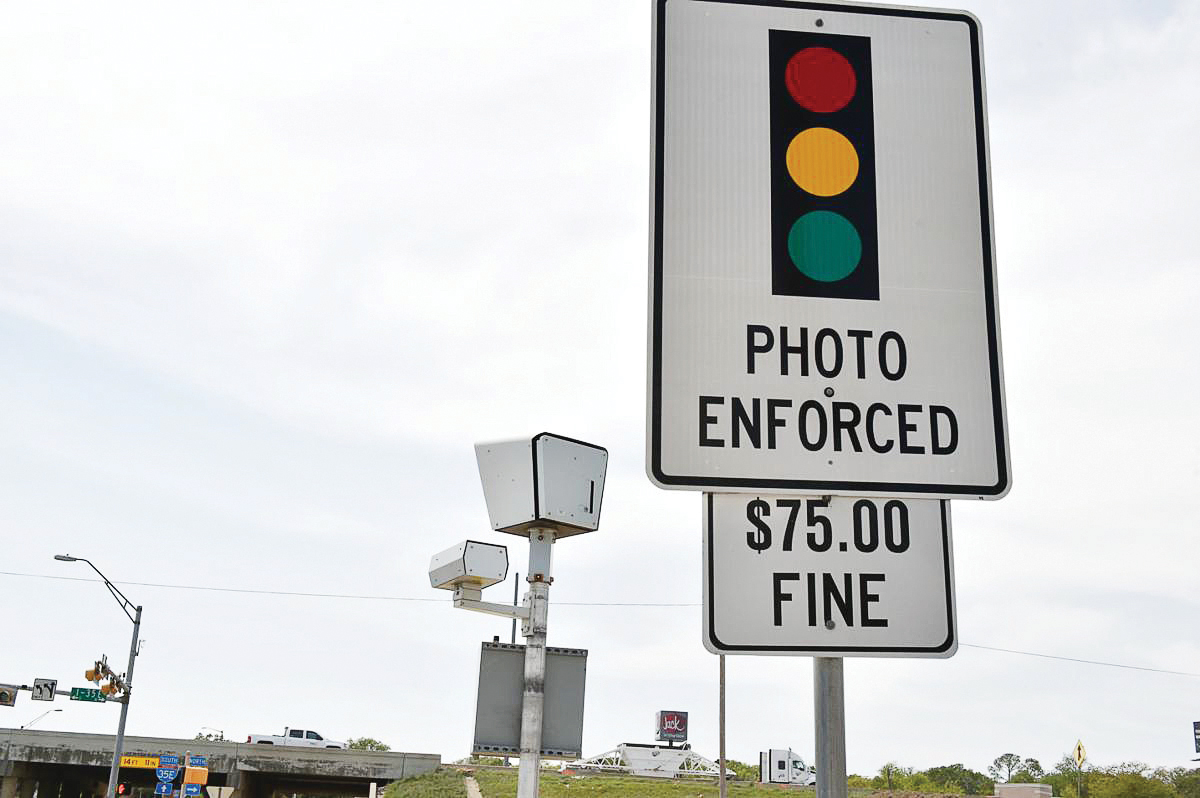 A sign warns motorists of a red light camera’s presence and the fine they will face if they run through the red light. (Photo provided)

A main point of contention among those opposed to red light camera programs is the finicky nature of a piece of technology enforcing the rules of the road, which can call for a human eye due to the situational nature of many traffic violations.

A Florida politician expanded on this point in a January meeting of the Florida House Transportation and Infrastructure Subcommittee, during which a 2010-era law allowing red light cameras across the state was called into question.

“The law isn’t altering bad driving behavior,” Rep. Anthony Sabatini said, as reported by the Tampa Bay Times. “(It) punishes working class people with $158 tickets for taking a right on red, failing to stop or just barely crossing the line when a camera is at an intersection.” 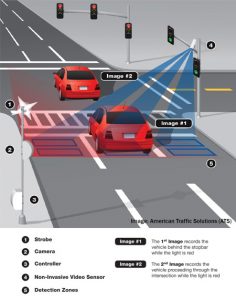 In Ohio, the economic impact of tickets issued due to red light camera violations is a point of contention among House members. In March, lawmakers went toe-to-toe, presenting a bill making it more difficult for cities to use traffic cameras, as reported by the Dayton Daily News.

Ohio isn’t the only state fighting back against red light cameras. As of January 2018, seven states are at various points in considering legislation to prohibit red light and speed camera use. They say the programs are corrupt and even unconstitutional due to the involvement of third-party companies that contract with law enforcement agencies to implement the cameras, some even issuing the tickets.

“I think everyone in the country should be concerned about this type of law enforcement action, especially when it’s so ripe with corruption,” said Arizona State Rep. Travis Grantham in a Fox News report. “The practice of privatizing law enforcement actions is just wrong,” Grantham said. “Every aspect of it is wrong. When you add the equation of for-profit into the mix, it presents a lot of opportunity for fraud, for abuse.”

Ingrassia, an avid supporter of the cameras, said the point of the programs isn’t to generate revenue or create a scandal — it’s simply to save lives.

“When properly implemented, red light cameras can help save lives and can serve to supplement law enforcement efforts, rather than generate revenue for governments,” she said.

NEXT: The greatest public works project?