As the mayor of Taylorsville, Utah, Kristie Overson said one of her highest priorities is to plan for the community’s future by building on the successes and lessons of the past. That’s why she met with the city council, city administrators and staff last October to create a vision for the future of Taylorsville that will take the city into the next decade — and beyond.

“We have so many activities and building going on around the city and 2020 is when we will see the results of many of those efforts. Also (from a visual standpoint) 20/20 is when everything comes into sharp focus, so it is the perfect metaphor for the future of Taylorsville,” she said. 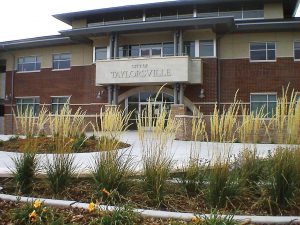 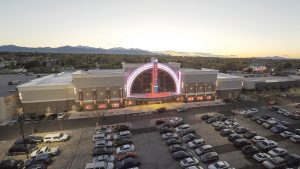 The new luxury Regal Movie Theater at the Crossroads of Taylorsville has been a popular addition to the city. (Photo provided)

Central to this 20/20 Vision is the community’s focus on economic development both in terms of projects currently in the works throughout the city as well as opportunities that are still on the horizon. One of the most eagerly anticipated is the Mid-Valley Performing Arts Center, a $39 million facility adjacent to city hall that is scheduled to open late next year.

“This project is being completed through a collaborative partnership with the Salt Lake County Tourism, Recreation, Cultural & Convention (TRCC) advisory board, which approved the funding for the building and will operate it upon completion,” he said. “Taylorsville is responsible for providing the land and landscaping of the property.”

“We are super excited about this project,” Overson said. “We have a robust arts community here in Salt Lake County and there is a need for a venue such as this one. We anticipate the Mid-Valley Performing Arts Center will be a regional draw and solve a problem for those entities that were begging for a place to rehearse and perform.”

Another project taking center stage is the Summit Vista Retirement Care Community. For many years, and across several administrations, the city worked in partnership with its citizens, business leaders and government agencies to bring this first-of-its-kind development to Taylorsville. Harper said it opened in the fall of 2018 with its initial 62,000-square-foot clubhouse that includes several restaurants, a post office, pool and other amenities, and when completed, the campus will feature 1,750 units ranging from studios to three bedroom apartments and additional clubhouses geared to meet the residents’ active lifestyles.

“It’s a really unique development and we are thrilled that it is part of our community,” Harper said. “There’s nothing else like it in the Salt Lake Valley.” 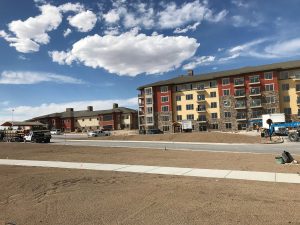 Summit Vista Retirement Care Community features a variety of amenities, all designed to cater to residents’ active lifestyles. The community is also expected to bring about 1,000 new jobs to Taylorsville. (Photos provided) 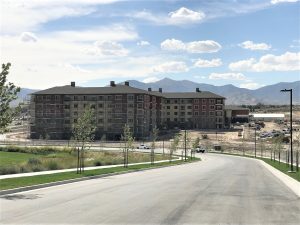 Summit Vista Retirement Care Community features a variety of amenities, all designed to cater to residents’ active lifestyles. The community is also expected to bring about 1,000 new jobs to Taylorsville. (Photos provided)

While the Summit Vista Retirement Care Community should bring about 1,000 new jobs to Taylorsville, that’s not the only way in which the community is looking to attract new jobs and new businesses to the city. They have also been working to revitalize and rejuvenate many areas across the county in hopes that new avenues of commerce will cultivate additional opportunities in years to come. Some of those revitalization efforts include the new luxury Regal Movie Theater at the Crossroads of Taylorsville, the repurposing of the old RC Wiley Furniture Space, the addition of the Utah State University satellite campus in the Sorenson Research Park and plans to bring the Tech 27 Research and Development Park to the community. 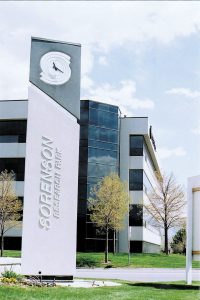 Sorenson Research Park is a dynamic development, situated on over 100 acres…

The desire to bring Tech 27 to Taylorsville has been in the works since 2014 when Mike Stangl first approached the city about the development. When it’s completed, it is expected to be a 19.44-acre flex space property that can accommodate office, warehouse and light industrial entities. While a number of companies have expressed interest in the development, which is located at 4235 S. 2700 W, until leases have been signed, the names must remain under wraps; however, the city hopes that the project will attract high caliber tenants and create a high paying job base for Taylorsville residents.

“We anticipate that construction at the site will begin this fall,” Harper said.

In addition to economic development, the 20/20 Vision also calls for improvements in transportation, public safety, parks and recreation as well as community building and requires all hands on deck in order to pull it off.

“We have a very collaborative process here in Taylorsville, and we have semiannual city priorities meetings in order to evaluate our current projects and identify future needs,” Harper said, noting officials also strive to look at each plan from “outside the box” in order to maximize its potential.

Overson admits that the 20/20 Vision plan is an ambitious one, but thanks to an excellent team of employees and staff outreach as well as input from the constituency, she is confident that the future is bright in Taylorsville.

“When you put great minds together, then watch out! There’s nothing we can’t do,” she said.