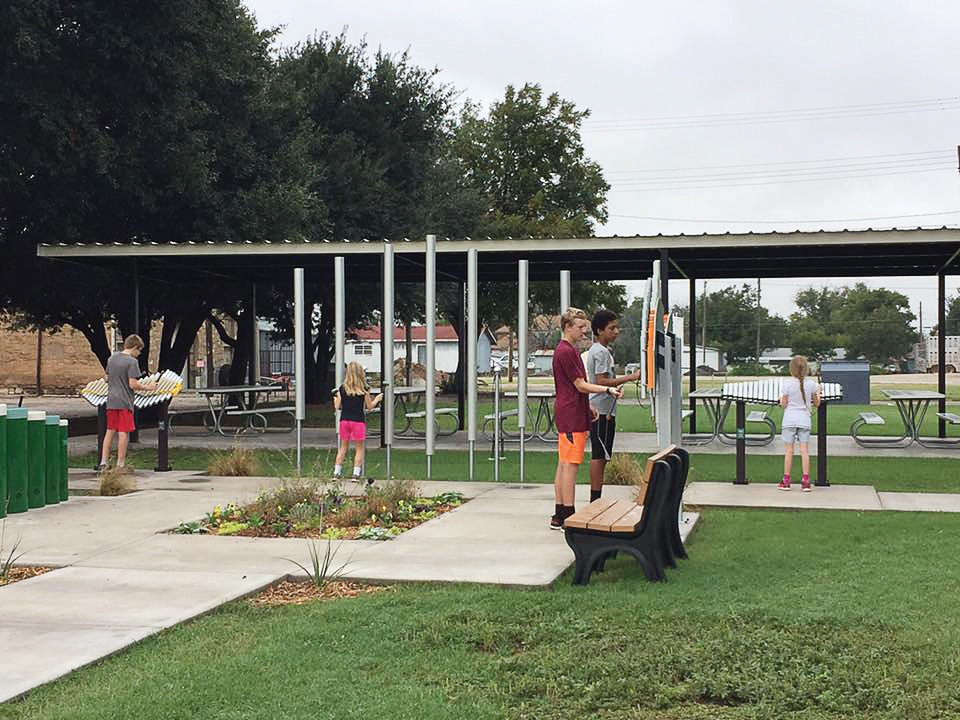 Progressive municipalities and other community groups have been exploring ways to create new avenues of music, play, discovery and sheer delight for their local children outdoors.

For example, Cadillac, Mich. — population of about 10,445 — has a rustic musical art sculpture located at the Headwaters of the Clam River Greenway on Chestnut Street. The city’s sound garden is made of oversized log instruments by a local music group called the Log Rhythmics and the park itself was a community art project that was first funded through a Michigan Association of Community Arts Agencies Community Partners Artists in Residence Program. The city of Cadillac and the Cadillac Area Visitors Bureau were partners with artist in residence Frank Youngman in building the sound garden.

An increasingly popular venture, a sound garden is often a small area within a park that contains elements that children — or anyone — can interact with to produce nature-based utterances. For example, resonance in a garden is mostly produced by the movement of wind. Other familiar nature sounds include the leaves rustling, winds rippling through grasses and bamboo clumps and the reverberations from bees, birds, rain, hail, snow, water, etc. Also the sounds from plants can be astonishingly therapeutic. Meditating on these sounds is said to help increase one’s awareness. Sound-producing plants are utilized in horticulture therapy and music therapy. 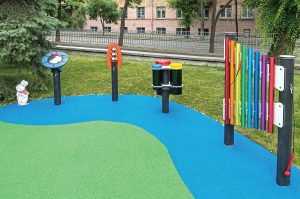 Cities are integrating outdoor musical equipment and other natural elements like certain plants to create a welcoming environment for children of all abilities. (Shutterstock.com)

Other plants that are compatible with a sound garden use included the Crotolariaretusa, which has pods with an outer covering and clattering seeds inside — when shaken, these pods reverb like a child’s rattle toy. Also, the Gomphrena globosa is an intense plant with purplish inflorescences that make a tic-tic sound that has been referred to as almost addictive in making it hard to stop from clicking the sound.

This type of meditative experience was the lofty goal of the community-minded Early High School Leadership Team in Early, Texas.

Last July when a warehouse housing elements for its proposed $25,000 sound garden was destroyed by a big fire, EHS team members Zane Hobson and Breanna Brown presented their initiative to the Early City Council and came away with council approval of the remaining $13,600 for the $25,000 sound garden project at McDonald Park.

The team’s desire to involve the community, according to Hobson, worked especially well because their goal was to give children with disabilities a welcome chance to play and to be accepted by their peers, rather than to be left alone on the sidelines as able-bodied kids unthinkingly ran off to play on their own. It is not that they don’t want to; it is that they are either limited mentally or physically. And this project was a way of unifying things, according to Hobson, rather than dividing them politically or due to their preconceived notions.

The EHS sound garden was part of a project through the Texas Midwest Community Network Group, which holds a statewide contest annually for students wanting to make a difference in their communities. Through the summer, the EHS Leadership Team battled adversity in hastily locating a new sound garden manufacturer. 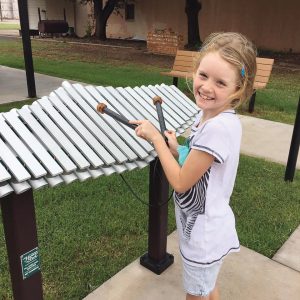 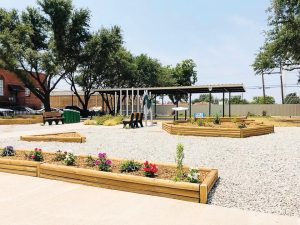 As of August 2018, this is the finished sound garden. Additions have included herbs and other stimulating vegetation to add to the “sensory” aspect of the park. (Photo provided) 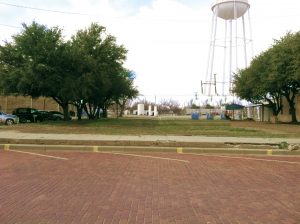 Here is Seymour’s pocket park before the sound garden was installed. (Photo provided)

One of Hobson’s selling points was that the project could be a major tourist attraction for the city because the nearest sound garden is more than 100 miles away in Seymour, Texas. A sound garden would allow all kids — including adults — to come together and enjoy art in its purest form, through the beauty of music au naturel.

“It took a year and a half from conception to completion, and then we added landscaping the following year,” said Bush. “Funding is always an issue; however, we are fortunate to have several foundations in our area that accept applications for projects such as these and so we applied for a grant to fund a portion of the project.”

Seymour’s main goal was to be accessible to people with physical and developmental disabilities through the glory of music. The exciting sensory form of play encourages self-esteem and confidence. In addition to the sound equipment, the little pocket park will also offer ample seating areas, tables — including ones with integrated disability accessibility — outdoor games and plenty of room to exercise, whether it consists of walking, running or playing with all the joie de vivre of first childhood.

“Everyone loves to play,” Bush said. “The equipment we purchased is a fantastic quality so the sound is clear and bright. Our park makes anyone a skilled musician and it’s evident in their smiles. I work right next door and often hear the chimes being played during the day. It’s lovely and heartwarming.”

For other cities contemplating building such parks, Bush advised, “Make sure to purchase quality sound equipment. The better the quality the better the sound. Our park keeps bringing repeat visitors back because it’s fun and the music is beautiful. Furthermore, the park is used by people of all ages and abilities.”