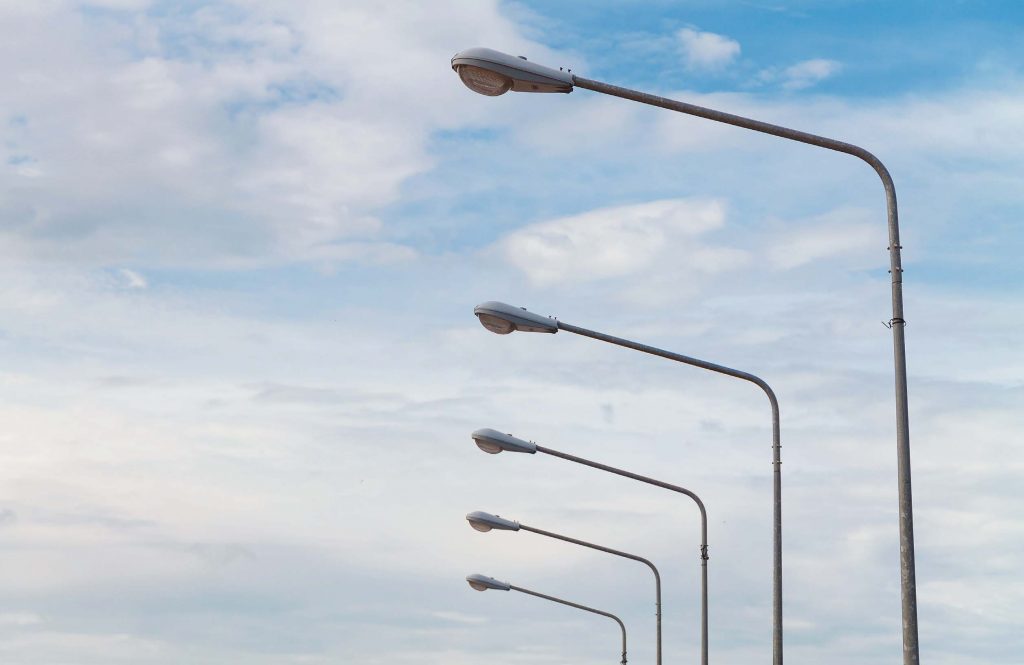 The village of Ilion, N.Y., has received a $100,000 grant through the New York State Energy Research and Development Authority’s Clean Energy Community Program to bring sustainable practices to the community.

The federally funded program is designed to encourage communities to take small steps toward big changes in the realm of sustainability and saving energy. Grants are awarded on a rolling basis, the largest amount available being $100,000 and decreasing as time goes on.

Village Trustee Bridget McKinley served as the chairperson to push the grant writing process forward. Working with a small team of community leaders, McKinley led the charge in making sure the village met the grant’s criteria, writing the grant application itself and deciding how the grant money would be allocated after being named a recipient.

“We set up a community base of residents to come and discuss the process,” McKinley said. “We met and hashed out ideas and started working on the criteria. We had to do a lot of leg work, but when we applied, our criteria was approved. We were one of the top two communities in our area to get awarded.”

Having learned the village was awarded grant money, McKinley worked to gather community input on how the funds should be spent.

“We reached out to residents that we know have been active in the community, whether on boards or just citizens who are engaged with the village,” she said. “One of the members was on our municipal utility board, for example. We round-tabled and brainstormed how we thought the money would be best spent to benefit our community.”

According to McKinley, the grant outlined 10 different categories to choose from. The village focused on converting 50 percent of the community to LED lighting as well as providing educational opportunities to residents using NYSERDA-contracted individuals.

“People who were experts in energy came and did presentations for the community and discussed various things the village could do to save energy and decrease greenhouse gas,” McKinley said. “That educational component is huge, and we felt was important for our residents to experience.”

Once the team started rolling on the grant criteria, they decided to take things a step further.

“We decided to go 100 percent LED lights on our streets in our village,” McKinley said.

“We chose to do that because we have our own municipal tower here in the village, so we have a fairly comfortable fund balance in our electric. We took that challenge on and succeeded.” 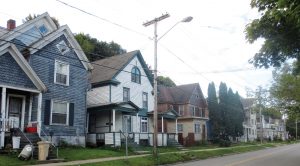 Originally, Ilion focused on converting 50 percent of the community to LED lighting and then decided to use 100 percent LED lights on its streets. Community feedback was extremely helpful for the village to determine how best to use the grant money. (Photo by Mitch Barrie; https://creativecommons.org/licenses/by-sa/2.0/) 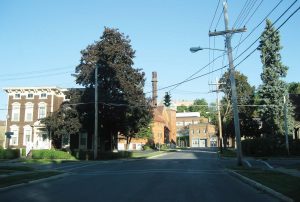 Ilion, N.Y., received a $100,000 grant through the New York State Energy Research and Development Authority’s Clean Energy Community Program. Funds from the grant will be going toward the installation of LED lights throughout the community. (Photo by Doug Kerr via Flickr; https://creativecommons.org/licenses/ by-sa/2.0/)

In addition to LED lights, the community is working with NYSERDA to get a new furnace installed in the fire station.

“Once we were awarded the money, there was a very lengthy process to submit a plan on how we were going to spend it, and it had to be NYSERDA-approved. They had to decide whether how we were planning to spend the money would really save energy and decrease greenhouse gas emissions,” McKinley said.

“Our fire station had a very antiquated furnace that wasn’t efficient, so we submitted to replace the furnace with a more energy-efficient furnace, and we’re still tying up the loose ends on that piece, but it should be installed soon and we’re excited.”

In organizing community members to provide input, McKinley said a number of good ideas were presented. While some of them weren’t eligible under the criteria of the grant, the community may move forward on those independently.

“Although $100,000 seems like a lot of money, it goes quickly. So we gathered all the ideas we could but also had to keep our budget in mind while still accomplishing the things we needed to get done in order to be approved,” she said.

While the grant was hard work and still in the process of wrapping up projects as a result, McKinley said the biggest lesson throughout this process was the realization that little changes really can have a big impact.

“This was a big financial commitment for us initially, but even if communities started a little at a time, that would make a big impact,” she said. “If you go slow, it doesn’t seem as overwhelming. Reach out to your local resources to see if a grant like this exists and follow those guidelines to make big strides. Pick doable options to meet the criteria, and stay persistent both with community members and community partnerships. It’ll all pay off.”