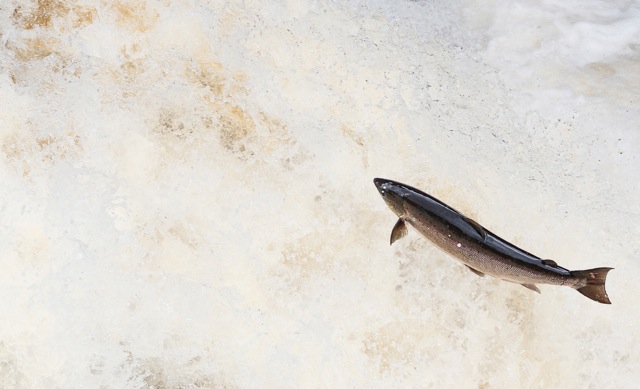 Life is about to get a lot easier for migrating salmon in Whatcom County, Wash., thanks to the U.S. Supreme Court’s tied ruling last June, which means that a 2013 lower court ruling that favors the Northwest tribes in a dispute will stand.

Salmon is big business and the court’s ruling will affect culverts — buried edifices that allow water to flow under a road, railroad, trail or similar barrier from one side to the other — that carry water under state roads and highways that cross city and county rivers and streams bearing salmon. This will enable the spawning salmon from ocean waters to complete their upstream freshwater journey “home.”

Two cities — Bellingham and Lynden — along the Nooksack River have begun working on their culverts to allow fish passage.

According to Steve Banham, P.E., Lynden public works director, there are no salmon ladders required in any of his projects because the area is fairly flat, and for the same reason no dams were built or removed. 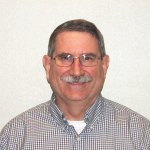 “The fish restrictions were the narrowness of the culverts and the material in the bottom of the culvert, which are not considered by Fish and Wildlife to be conducive to fish migrations,” said Banham, who began work with the city in 2011 and has been public works director for 6 1/2 years.

“They require that bridges and box culverts be 1 1/2 times the full bank width of the stream. The wider bridges are also much less subject to damage from high flows, and ours were old and deteriorated so, when we replaced them, we had to meet the new standards to get the needed permits. The state department of transportation challenged these requirements in a case (“the Culvert Case”) that went to the state supreme court, which upheld the requirements and dictated removal of older smaller culverts on state routes considered to be fish passage barriers.”

Lynden has replaced three culverts in the past 10 years and is working with the Washington State Department of Transportation on the Badger Road — SR-546 — culverts on Double Ditch, which are planned to be replaced in 2024.

“We have a major project in the area of town between Double Ditch Road and Benson Road that will involve the replacement of those roadside ditches with Pepin Creek halfway between,” said Benham. “This work is being done in part in anticipation of a State Department of Transportation culvert replacement at the intersection of Double Ditch and Badger Road (SR-546). An emergency culvert replacement on Eighth Street in 2017 involved this same drainage basin, and we ended up replacing a 36-inch culvert with a larger (more fish-friendly) 66-inch culvert with appropriate material in the bottom of the culvert. 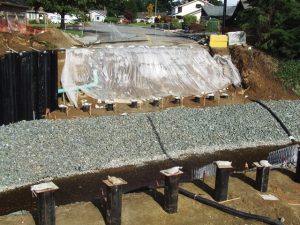 The natural material used is the bottoms of the updated culverts were all specified by the Washington State Department of Fish and Wildlife. (Photo provided)

“Pepin Creek is what we are naming the new creek within city limits,” said Banham, adding that that was the name given to the same creek at its headwaters in Canada.

“Historically in the U.S., these waters came to be known as ‘Double Ditch’ because the water was flowing in roadside ditches on both sides of Double Ditch Road, which runs north for 4 miles to the U.S.-Canadian border. Double Ditch flows into Fishtrap Creek within the city limits and this area is a beautiful forested area in the middle of the city.”

Lynden has found itself planning around the fish.

“Because these are fish passage corridors we have to work within established ‘fish windows’ — periods when the fish are not migrating,” said Banham, adding that the city’s replacement of bridges and culverts includes natural materials in the bottoms, as specified by the Washington State Department of Fish and Wildlife.

The Lynden Christian School maintains a small fish hatchery on Fishtrap Creek, according to Banham. Among its fish, there are six types of salmon: steelhead, fall Chinook, chum, coho, pink and cutthroat. Other fish species found in Fishtrap Creek include bull trout, lamprey, dace, sculpin and other smaller fish. 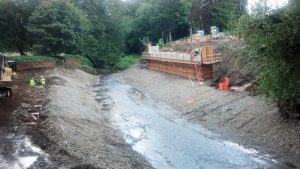 Banham has been in contact with other Whatcom County cities located along the Nooksack River, saying his department has also talked with Whatcom County about City plans for work within the Pepin Creek Basin and the WSDOT planned culvert replacement.

“Also, our project funding requires notification of the tribes,” said Banham. “We have discussed the Pepin Creek project more extensively with the Lummi Nation as they have expressed interest in the benefits to fish and to water quality associated with this project.

“The city has also had volunteers from the Nooksack Salmon Enhancement Organization who have planted vegetation along our creeks, but the work on bridges and culvert, including vegetation, has generally been done by contractors.”

Clare Fogelsong, environmental policy manager of the city of Bellingham, is working to remove a diversion dam.

In the early 1960s, Bellingham constructed a diversion dam and tunnel on the Middle Fork Nooksack River to reroute water for the city’s municipal supply. Fish passage was not required at that time, which split habitat connectivity and reduced habitat for several threatened fish species.

“While the city has two recently completed culvert removal restoration projects that have gained significant praise and recognition, we are now working on a fish passage project on the Middle Fork Nooksack River, the site of the city’s water supply diversion dam, which augments Lake Whatcom, our primary water supply reservoir,” said Fogelsong, who has worked for the city 20 years. 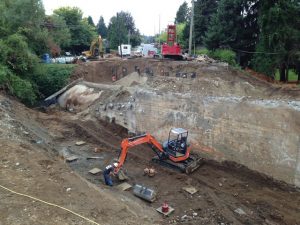 “The Middle Fork project is in 60 percent design phase as we seek final funding from the state for construction in 2019.The concept is to remove the existing diversion dam blocking fish passage and replace the dam’s function diverting water into Lake Whatcom with a simpler structure that won’t impede fish passage. Commitment to the project wasn’t influenced by the recent Supreme Court culvert decision.”

This project has been a high-priority fish passage project for several years, during which time challenges have included concept acceptance; building partnerships; several design iterations; agency support; permitting complexity; and most of all, funding.

Asked if he had any volunteer help, Fogelsong said only project partner-in-kind contributions and that the Lummi Nation and the Nooksack Tribe, as well as the Department of Fish and Wildlife, are all original project partners.

According to a fact sheet of the Middle Fort Nooksack Fish Passage project, this will “re-establish access to as many as 16 miles of spawning and rearing habitat for the Endangered Species Act, listed spring Chinook salmon, Puget Sound Steelhead, and Bull Trout while maintaining municipal water supply … the project has secured $680,000 for project design and permitting, and $4.4 million for implementation from Paul G. Allen Philanthropies and the City of Bellingham.”

The project will remove the dam, said Fogelsong, adding that his department has been working on overcoming the design and funding challenges since 2005, well before the recent court decision.

“No other cities in the basin have dams; they all either utilize ground water or withdraw directly from the river. Washington Department of Fish and Wildlife has been a partner along with the tribes,” concluded Fogelsong.