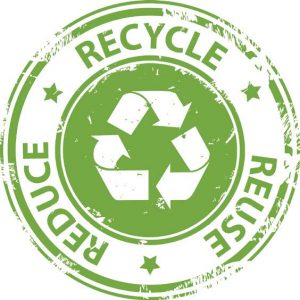 I have a deep appreciation for those who work in the waste industry. During my junior and senior years at Purdue University, I got a small taste of the hard work performed by sanitation workers as a weekend student worker at Windsor Halls, the university’s all-women residence hall. The job included clearing each floor’s trash cans in all five of the complex’s buildings, though the labor was divvied up between me and a fellow worker. We would cart the bags by hand or cart to the elevator — it could have starred in a period flick — before dumping them all in the Windsor Halls’ dumpster. From there, it all went to the landfill.

It was hard work, but it was eye opening. Let it never be said college-age women are tidy — they are not! It was incredible to see what they had thrown out during any given week, particularly when some objects could have been reused, donated or recycled. But they aren’t alone, and for that reason, cities are encouraging citizens to reexamine their trash.

Landfills are hitting their capacities and procuring land for new ones is not always easy. For one, people often don’t want new landfills in their “backyards.” There are other factors, too. In Minnesota, the Twin Ports’ Moccasin Mike Landfill will be closing in 10 years but replacing it is an uphill battle against public opinion and the Minnesota Pollution Control Agency, which, according to the Duluth News Tribune, “hasn’t authorized a new municipal solid waste landfill in the northeast quadrant of the state since 1993.”

But garbage has to go somewhere. To stretch out landfills’ life spans, diverting material that could be recycled or reused has increased in importance. In this issue, feature writer Elisa Walker highlights Denton, Texas’, landfill, which has been billed as the “first eco-friendly landfill in the world” because of its efforts to transform trash into renewable energy. But Denton hasn’t stopped there as it also has material recovery, composting and recycling programs.

In addition to Denton’s efforts, feature writer Lauren Caggiano will be sharing how Oak Ridge, Tenn., has been encouraging city employees to recycle both at work and at home to do its own part in diverting material from landfills.

It is important to start examining waste and recycling operations now, not only because of finite landfill capacities. The U.S. is likely going to find itself in a bind, particularly as China carries forward with its “National Sword” policy, which will ban the import of most plastic waste. The University of Georgia calculated 111 million metric tons of plastic waste would be displaced by 2030 because of this ban. The U.S. alone has been sending nearly 4,000 shipping containers full of plastic recyclables a day to Chinese recycling plants.

Addressing these waste management challenges is no longer a matter for some future date; problem-solving and innovation is needed now to prevent a massive displacement of waste.