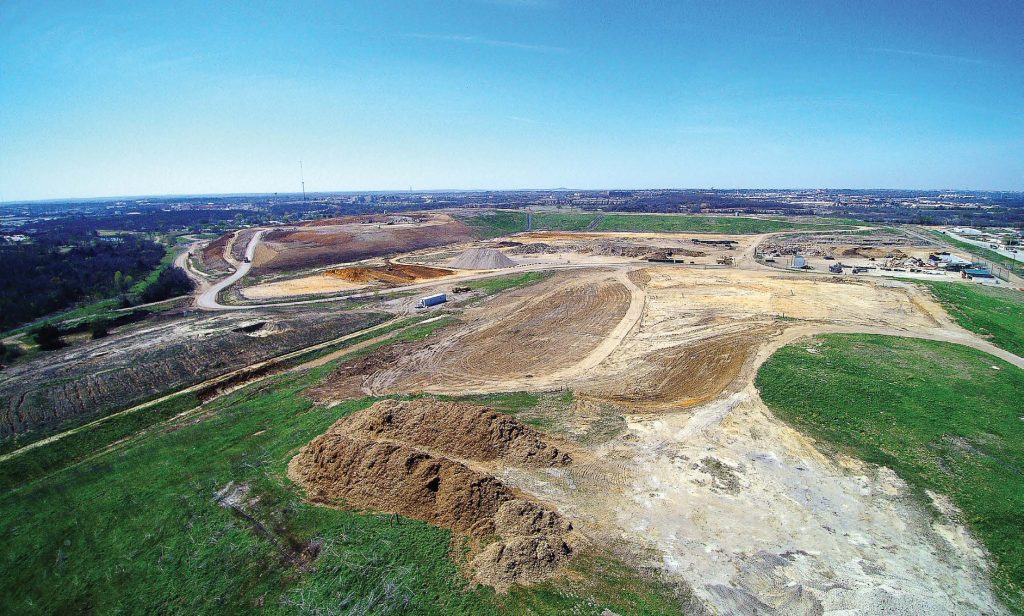 Landfills are filled with questionable waste and are taking over large areas of land. It’s unavoidable — everyone has something they have to dispose of. But what if there was a way to make that trash into an overall benefit for the community? What if there were other programs that had the ability to take a landfill beyond a basic dumping ground?

Is an eco-friendly landfill possible?

A progressive town, Denton, Texas, has a variety of operations running in its landfill — from converting methane gas to energy, material recovery and processing asphalt and concrete to recycling. While some of the projects are still in the growing stages, Director of Solid Waste Ethan Cox commented that they all have merit at the root of the idea even though they’re focusing primarily on recycling at the moment.

“We’re taking a hard look at some of these operations. We want to do the sustainable thing and make sure we’re diverting as much material from our landfill as we can,” Cox explained. “If we’re achieving those goals, then I think the project is fulfilling its purpose. If it’s not fulfilling that and costing us too much to manage, those are programs we have to reevaluate.”

Denton was considered the first eco-friendly landfill in the world because of the strategies implemented to transform trash into renewable energy. It has been described as dry with a smell much better than the typical landfill. The methane gas created from the sun shining down on the mounds of trash is collected by gas wells, then used to generate electricity that powers a number of homes in Denton.

Collecting the greenhouse gas prevents it from harming the climate and atmosphere but managing it is imperative. Collecting more methane than what can be transformed into electricity will create detrimental issues.

Becoming sustainable is more than just making as little of a footprint on the environment as possible — it’s about gauging the marketplace and the surrounding community.

For every good idea and intention pieced together, there are just as many issues to overcome for them to work. That doesn’t mean the ideas should be written off, but rather one might work better than another for a particular municipality.

Many challenges in remaining sustainable on all levels stem from a finances. Even though some of the programs have the opportunity to grow and be further explored, the municipality has to be cognitive of what’s going down in the industry. Though the Denton landfill is part of the municipality, it is still exposed to other market forces.

“I think for any landfill you have to do the responsible thing, which means trying to not just be sustainable with your use of virgin land and air space but also not putting things in the landfill that can’t be easily reverted,” he elaborated. “From a solid waste management standpoint, that’s large with trying to get our citizens and businesses educated so they try to reduce their amount of waste. 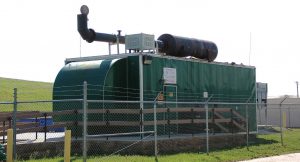 Denton’s gas-to-energy generator powers homes within the community. Through community education, the solid waste department can work with citizens and businesses to reduce their amount of waste, diverting it before it even gets to the landfill. This can be done with programs such as composting. (Photo provided) 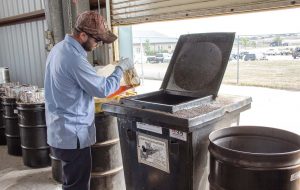 Pictured is an inside look at the household hazardous waste process in Denton. (Photo provided)

“There are some challenges in the recycling market right now, specifically with China pulling out. Even though we don’t sell directly to China, there’s a ripple effect in the marketplace. They were taking a lot of the contaminated recycled material. That’s something we’re going to have to contend with, but that doesn’t mean it’s going to deter us. Now there’s an emphasis on cleaner material and we’re having to double down on that as we educate our citizens.”

The Denton community has formed a good relationship with the solid waste and recycling service, displaying support for the programs taking place. With two universities, Denton serves a crowd that’s receptive to big ideas, which prompts officials to ensure they’re educating citizens to the best of their ability.

One of the priorities in educating citizens includes what recycling is and what it means to recycle responsibly. Denton officials make sure that citizens have the opportunity to understand the responsible way to recycle and how to do so effectively while also explaining the negative impact someone can have on a program by trashing objects that could be recycled.

Communication is key when it comes to education. Denton officials don’t want to just propose an intriguing idea without explaining it, but rather they want to create a well-rounded program. To do so, they want its benefits and risks to be fully displayed so the community and city council have all the information needed before deciding to proceed.

“Make sure you have a good understanding of what the environment is around you and that you’re confident on what this program is going to provide,” advised Cox.

“Make sure your citizens and council members are well educated and that everyone shares the same vision and direction.

“Everyone needs to understand what the risks are going into a program as well as what acceptable performance is. We have to make sure we’ve done our due diligence and that everyone knows what we’re trying to achieve.”