Just over a month ago, the 2018 Winter Olympics in Pyeongchang, South Korea, came to a close. In the United States, these games will be remembered for how Norway, a small European country, dominated, while American athletes and teams struggled. Yet, not that long ago in 2002, Americans were on top of the world when it came to winter sports like bobsledding and skeleton, and some of this success can be attributed to, of all things, firefighting. 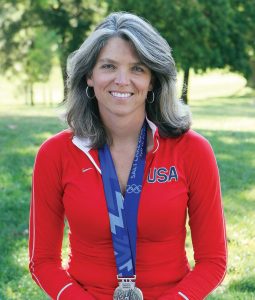 That year, the U.S. Olympic team won three medals between men’s and women’s skeleton racing, with Lea Ann Parsley winning silver. The 33-year-old had only been a skeleton racer for about four years when she qualified for the Olympics. If it weren’t for her experience as a firefighter, who knows if she would have been prepared physically for the rigorous training that comes with being an Olympic athlete. She would go to the firehouse on her days off, just to get an extra workout in.

“The nice thing is being a firefighter is a lot like being an athlete,” Parsley said. “Obviously, it’s a very physically demanding job. My background as an athlete really helped my firefighting, and my firefighting improved my physical fitness level. We had a really nice workout area at the firehouse.”

While it may seem slightly odd for an Olympic athlete to also be a firefighter, the fact of the matter is that Parsley wanted to serve her community in fire services long before she ever thought about representing her country in the Winter Olympics.

Parsley first became a volunteer firefighter in 1985, between her junior and senior year of high school, in her hometown of Granville, Ohio. This is something she had wanted to do for years because it’s what she saw her older brothers do. 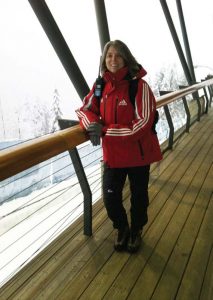 While Parsley no longer
competes or coaches in the sport of skeleton, she does serve as a jury member of the International Bobsleigh and Skeleton Federation, or IBSF. She works at the World Cup races around the world as a member of the international team of race officials. This photo was from a World Cup race in Whistler, Canada. (Photo
provided)

“We lived just three blocks from the station so when the siren would blow (limited pagers back then) the guys would respond to the firehouse and wherever I was I would run or jump on my bike and try to beat them,” Parsley said. “I was only about 10 or 11 years old at the time so I would wait for them back at the station and then help wash the truck and reload the hose when they got back. It just seemed natural to join as soon as I was old enough. I’m sure they weren’t too thrilled to have a little sister hanging around but they never showed it.”

She would remain a volunteer fighter with the Granville Township Department for 20 years. During that time, she was also a scholarship member of the women’s basketball team at Marshall University, a professional firefighter with Plain Township Fire Department, part of the Ohio Interagency Wildfire Crew, was named the Ohio Firefighter of the year in 1999 and, of course, participated in the Olympics.

It was her experience as a volunteer firefighter that led to her desire to do it for a living.

“I decided I loved it so much that I would make it a job,” she said. “I went to the Ohio Fire Academy, and took the professional course, and graduated top of my class and decided that I would do it as a paid career, and I was very blessed to have gotten a job over at Plain Township over in New Albany, Ohio.”

Then in 1999, she was looking for a new challenge, and so she used a tool that not many people were using at the time, the internet.

“This was before Google or you could easily find anything on the internet,” she said. “I was looking up women’s sports, and a winter sports (website) came up and I started digging a little more. They were recruiting for women’s bobsled.”

Parsley reached out to a few contacts she had found from the website and went to a bobsled introduction, where men and women could try out sleds with wheels. She thought bobsledding looked interesting, but as soon as she saw a skeleton rider in action, she knew that’s what she wanted to pursue.

Soon she was traveling to Lake Placid, N.Y.; Salt Lake City, Utah; and Calgary, Alberta, Canada, to practice on actual skeleton courses and then joined the World Cup Circuit.

“It’s very similar to any kind of racing circuit, whether it’s Nascar or downhill skiing,” Parsley said. “A lot of people over here in the states don’t know anything about it because it’s not televised, so it’s not a sport that people know about. But the good thing is that in Europe it’s often on the news. It’s on Eurosport, which is their equivalent to ESPN.”

The circuit required her to travel outside of North America, with many of her events taking place in former Winter Olympic destinations such as Germany, Austria, France, Japan, Switzerland and Italy.

Her hectic schedule required her to cut down on how much time she could spend at the Plain Township Fire Department, which her fellow firefighters were very supportive of.

“There was a level of physical fitness that the job just demanded, so it was a kind of a nice mix in that I was blessed to have a chief who was very accommodating to my schedule,” she said. “One of the main reasons I was part time was so I could travel and do what I needed to do for my sport.”

Of course, her hard work eventually paid off with a silver medal at the 2002 Winter Olympics, where she also helped carry the flag from the World Trade Centers at the Opening Ceremony.

“It was a privilege to represent both my fellow athletes in the sliding sports and my fellow firefighters that night,” she said. “I also felt as though I was representing my sister-in-law and her family as she lost her nephew on 9/11. It was an amazing night, and in many ways, it was as special, if not more so, than my race day medal. It really helped set the tone for the rest of my Olympic experience.” 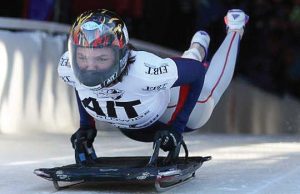 Lea Ann Parsley takes off on her skeleton sled during a past sporting event. Her career as a firefighter helped improve her physical fitness level while her pursuits as an athlete also benefited her firefighting. (Photo provided)

Unfortunately, at 33 years of age she was considered one of the older athletes in her sport and knew it would be diffi cult for her to have a long skeleton career.

She tried to make it to the 2006 Winter Olympics in Turin, Italy, and was primed to do so, but a freak accident prevented her from ever having the opportunity to qualify. She stayed on the team as a coach and shortly after decided to move on from both skeleton and firefighting.

Today she is a registered nurse working in school health at Granville Christian Academy in Granville, Ohio. A job she started in 2006 after coaching at the Olympics. She worked as an analyst for NBC at the 2010 Winter Games but ever since has been pretty far removed from racing. That is, except for when the Olympics were on TV.

“I’ve been up late for the last two weeks, watching as much as I can,” she said in the midst of the 2018 Winter Olympics. “It’s kind of nice to have on the internet because I can watch any event.”

While her days as a world-class skeleton racer and firefighter are behind her, she still carries many of the skills she learned with her.

“I think in any of those jobs, whether it’s nursing, firefighting or being an athlete, there’s that element of having to make split-second decisions,” Parsley said. “It’s really important to be confident in your ability to size up situations and make quick decisions, whether that’s running into a burning building, working (with someone who’s dealing with) cardiac arrest or sliding down the hill at 85 mph.” 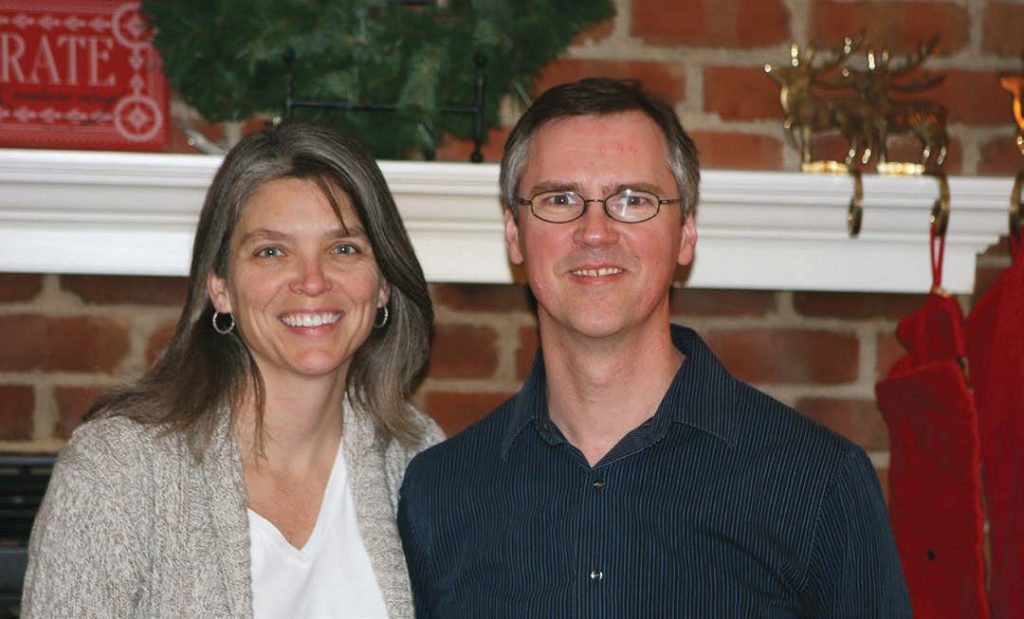 Parsley poses with Ryan Davenport, her Olympic coach and partner for the past 20 years. Davenport was a two-time world champion in skeleton for Canada and a sled builder for the sport. He built the sled Parsley used in the Olympic Games. He is currently in Australia as part of the Target 550 crew, which is trying to set a new land speed record. See www.target550.com/ for more information. (Photo provided)