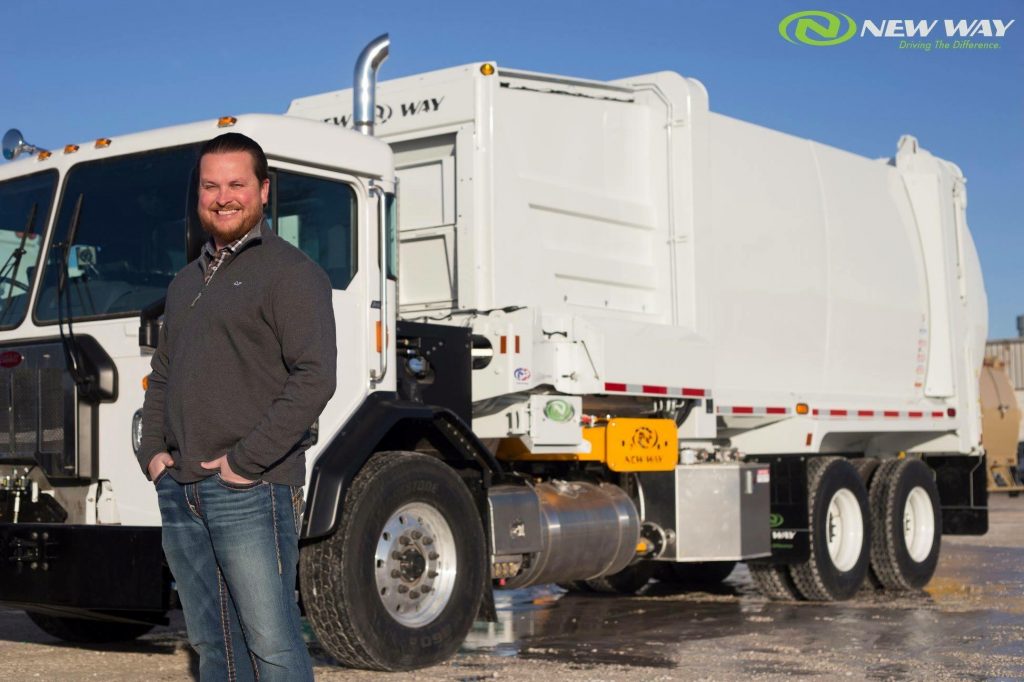 Scranton, Iowa (February 2018) — New Way Trucks, a leading refuse truck manufacturer, is continuing its reputation for excellence in the industry, with one of its leaders being recognized nationally. Johnathon McLaughlin, the executive vice president of the company, has been announced as a winner of Waste360’s 40 under 40 awards program, which recognizes the next generation of leaders “shaping the future of the waste and recycling industry.”

McLaughlin, the third generation in the family-owned company, has been with New Way for 15 years, working in a number positions throughout the organization. After jobs in the fabrication, welding and mounting departments, he became the regional sales manager of the southeastern United States, and most recently was promoted to executive vice president.

As the executive vice president, McLaughlin manages one of New Way Trucks’ largest sales territories, in addition to overseeing the operations and management of the Scranton Manufacturing facilities. He is responsible for the design, manufacturing, distribution and support of all New Way Trucks and K-PAC compactor products. McLaughlin was at the forefront of the development of the innovative Sidewinder automated side loader throughout its creation, and now through continued sales and customer support efforts.

In addition to his leadership within the company, the nomination also highlighted McLaughlin’s role in the company’s community involvement, demonstrated through initiatives like blood drives, Toys for Tots donations and a local playground installation.

The group of 40 award winners was selected from more than 300 nominations across the country. The prestigious group represents current and future leaders who have made a significant impact on the waste industry in some way — from solid waste hauling to equipment manufacturing to policymaking.

“Johnathon is leading our efforts in becoming the largest privately held truck body manufacturer in North America,” said Don Ross, the director of sales and marketing at McLaughlin Family Companies. “He represents the future of the solid waste industry. He works hard every day, focused on building products that improve our industry, making them safer and more productive for the people that use them.”

McLaughlin will be formally recognized in April at the 40 under 40 awards ceremony, which will take place during WasteExpo 2018 in Las Vegas.