In times of tragedy or disaster, it is important for people to rally together and help one another. This can be shown in a variety of ways, including monetary donations, item donations and many forms of service. When it came to Hurricane Irma, a post from three police officers at the Gainesville, Fla., Police Department happened to spark donations for Hurricane Irma relief in what became the Hot Cop Challenge. 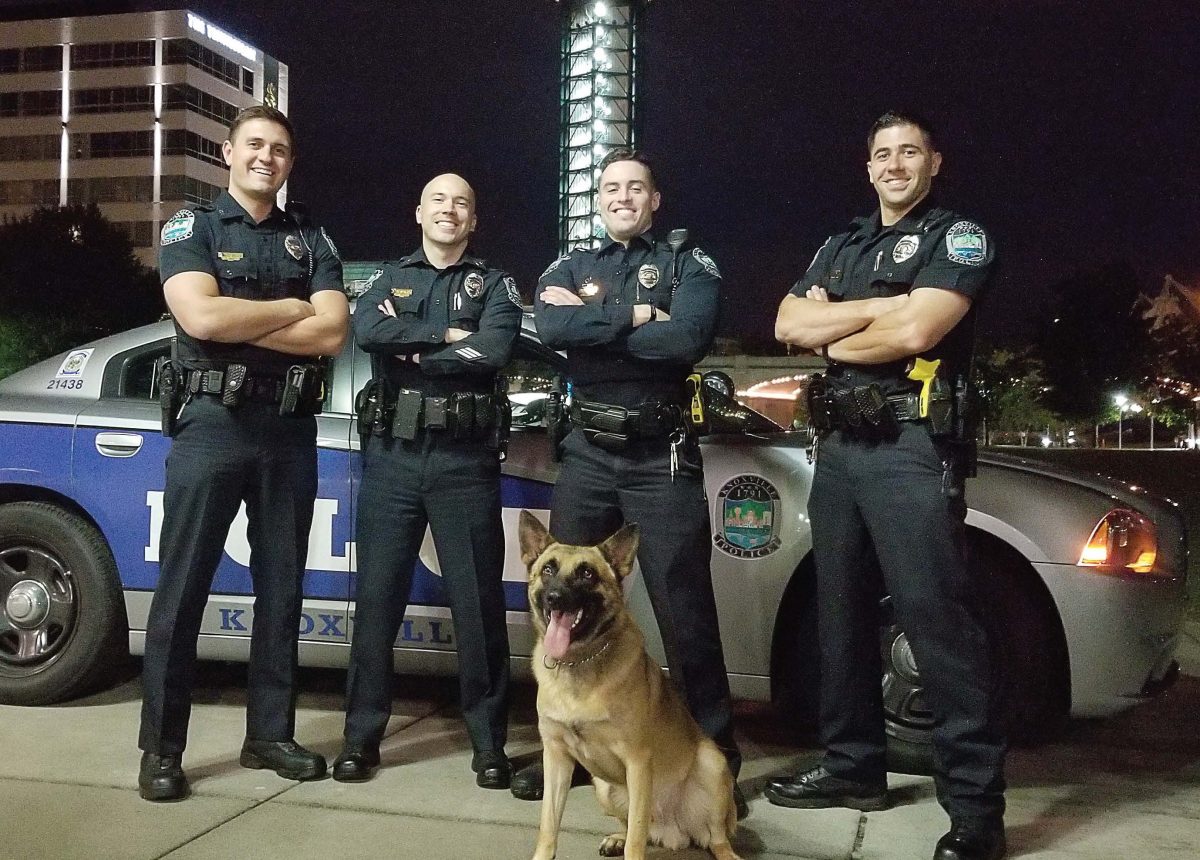 The photo that the Knoxville Police Department chose to challenge the Gainesville Police Department included a K-9. While this not only caught many people’s attention, it also helped to bring awareness to many of the animal shelters and other animal relief agencies that needed help following the hurricane. Pictured, from left, are Officer Brayden Hanson, Sgt. Samuel Henard, Officer Garrett Fontanez and Officer Christopher Medina. In front is the K-9, Nash. (Photo provided)

According to Darrell DeBusk, Knoxville, Tenn., Police Department public information officer, the original idea for the now infamous “hot cop” picture from Knoxville came from Sgt. Samuel Henard, the second officer from the left. The department discussed both the positive and negative aspects of doing a photo to challenge the Gainesville Police Department.

Ultimately, DeBusk stated, the deciding factor was “it just happened that the University of Tennessee was playing the University of Florida in Gainesville that Saturday. We thought we would take that huge rivalry and use it as an opportunity to help those suffering from the devastation of Hurricane Irma.”

This challenge between the two departments prompted people to donate money to a hurricane relief fund of their choosing in the name of whichever police department they liked best.

When the department issued the challenge on Sept. 13, it never expected the response it received. The challenge between departments ended up being a huge success both in terms of money raised and positive relations between the public and law enforcement during challenging times.

The post from the Knoxville Police Department ended up generating over 10.5 million visits to the department’s Facebook page, 102,000 likes, 44,800 comments and the addition of 33,000 new Facebook followers within the first 24 to 36 hours after they issued their challenge. DeBusk explained, “Almost immediately we began receiving private messages and emails from citizens sharing screenshots and confirmation receipts of their donations to Florida relief charities of their choice. What was interesting is that many of the citizens making donations made two donations — one in the name of each agency.”

Five weeks later the Knoxville Police Department continued to receive thank you cards from a wide range of Florida organizations that had received donations as part of the challenge. Since neither department designated a single charity to receive donations, the total amount of donations made thanks to the challenge remains unknown. This also means there is no definitive winner of the Hot Cop Challenge. However, after talking with the Gainesville Police Department as well as multiple Florida organizations, DeBusk feels confident stating the amount donated reached seven figures.

However, Knoxville’s photo, including a K-9, did bring awareness to the number of animal agencies also needing relief from the hurricane. DeBusk said, “In our picture we included a K-9 to make it a little different than the Gainesville Police Department picture. That turned out to be a difference maker. More than half of the comments mentioned the K-9. Including the K-9 resulted in a large number of donations being made to Florida and southeast area animal relief agencies that had previously been overlooked.”

Many concerned citizens also were curious whether a calendar would result from this challenge as a way to raise more money. DeBusk admits that there is a calendar planned for 2019. However, it will only feature the K-9 officers.

Referring to a comment the Knoxville Police Department received, DeBusk said, “Even though there were a few inappropriate comments, I believe this comment sums up what the ‘hot cop’ challenge did for law enforcement: ‘Laughs and inappropriate comments aside. I love watching police departments from all over the U.S. come together. This may seem small now but with all the cop bashing, cop hunting, etc., THIS fun and light-hearted competition is doing more than it seems. It’s showing the rest of America who police officers are. Real people with great humor just trying to help. So, I thank you guys. It’s about time some positive vibes were sent to that thin blue line.’” 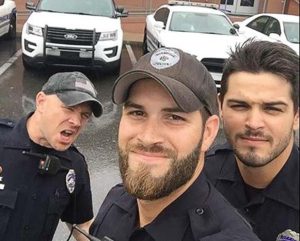 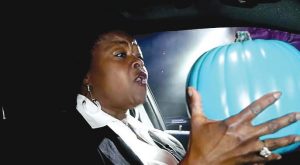 In the Knoxville Police Department video for the Halloween challenge, the actress discusses the importance of the teal pumpkin. A teal pumpkin symbolizes that the person will be distributing allergy-friendly candy or non-candy items to make Halloween more enjoyable for children with food allergies. (Photo provided)

Since Knoxville Police Department had participated in the Hot Cop Challenge, the Tarpon Springs Police Department in Florida challenged them to a Halloween challenge. This challenge had two parts. The goal was to both raise awareness of the Teal Pumpkin Project as well as raise money for the CURED Foundation. Since it was Halloween, both departments were to make a video to Michael Jackson’s song “Thriller.”

The Teal Pumpkin Project promotes giving away items on Halloween other than candy or allergy-safe candy for children suffering from food allergies. Detective Lara Scarpati from the Tarpon Springs Police Department had asked her department to “go viral” for a cause very close to her family. Her 1-year-old son suffers from severe eosinophilic disorder, which makes it difficult for him to eat. The CURED Foundation is a nonprofit organization that works to find a cure for pediatric patients suffering from eosinophilic disorder.

DeBusk stated they were more rushed in the Halloween challenge. After receiving the challenge on Wednesday, DeBusk said, “We quickly got our tech services unit and our safety education unit together to come up with something quick. We shot it that Sunday and edited it on Monday.”

The Knoxville Police Department hopes to get an earlier start on the Halloween challenge for next year so they are able to raise more awareness and better prepare.