↓
Home→The Municipal→Police officer body cameras: Reflecting on the past and looking to the future 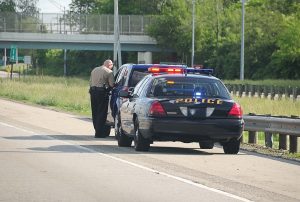 While best practices vary from department to department and from state to state, most agree body-worn cameras should be on, particularly when there is an encounter that might lead to an arrest, traffi c ticket, driving under the influence arrest or any use of force. (Shutterstock.com) 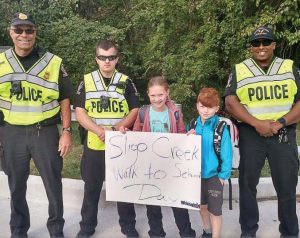 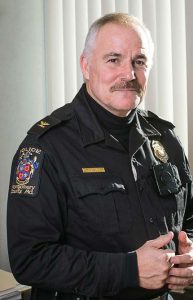 Montgomery County, Md., Chief of Police Thomas Manger wears a body-worn camera himself because his officers do, he wanted to experience wearing one and he also makes traffic stops and responds to nearby calls. (Photo provided) 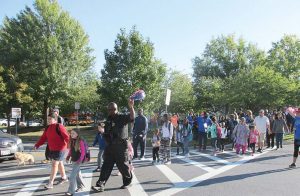 Since the death of Michael Brown in Ferguson, Mo., in 2014, the use of police officer body-worn cameras has been a polarizing topic.

Body-worn cameras are interwoven in the national discussions related to police brutality and law enforcement procedures. They have even played an integral role in people’s perception of certain cases, such as Seattle Seahawks player Michael Bennett’s decision to participate in the NFL player protests during the national anthem.

The conversations that surround body cameras are often convoluted, and it’s safe to say that this topic will be at the forefront of politics and culture for years to come. However, there is general support for the use of body cameras — even from groups such as the National Association of Police Organizations, which has a mission to influence federal legislation and federal policy regarding law enforcement and law enforcement officers.

What the discussion comes down to is this: What are the best ways to use this relatively young technology, and where does the discussion go in the future?

“I think that the biggest issues are going to continue to be the cost and the handling of data, public records requests and the obligation and the ability of departments and municipalities to provide that data upon request,” NAPO Executive Director Bill Johnson said.

According to Johnson, there still is not a national consensus on how to handle body-worn camera footage. However, both the International Association of Chiefs of Police and the Police Executive Research Forum have released model policies.

Typically, when advising police departments on what body camera policies to incorporate, Johnson sends them information from other departments. He is fond of policies from the Los Angeles Police Department and other large departments that have been using body cameras for several years. Though, it’s up to individual departments and municipalities to figure out how to comply with state and local regulations regarding the storage of official documents, which, at the moment, the body camera footage is considered.

“My sense is that legislatures are looking at creating more specific rules that deal with this type of evidence or document,” Johnson said. “So it might be more realistic to say (footage should be kept) for six weeks or six months, and then if there is no request for it, it can just be deleted or the storage space can be reused.”

If the footage is requested for use in trial or some other event, Johnson noted that it should be kept through the trial and any period of appeal beyond that.

Johnson isn’t sure exactly how long the footage should be kept but is aware that its storage is one of the largest costs associated with body-worn cameras. According to a 2014 document put out by the Police Executive Research Forum, “Implementing a Body-Worn Camera Program: Recommendations and Learned Lesson,” there is an undisclosed police department that paid as much as $2 million annually for the storage of this data. A different department, with only 50 cameras, still paid $110,000 to store its footage on a cloud for two years.

Police departments will also differ on when body-worn cameras need to be on.

“Different departments have different policies and practices. Some are governed by state law, so they differ from state to state,” Montgomery County, Md., Chief of Police Thomas Manger said. “Policies differ on when the camera must be on and when it may be turned off. What video is public and what is not.”

Instances where it’s often acceptable for an officer to have his body camera off is during private conversations, upon a victim’s request, when speaking with confidential informants and while the officer is using the restroom.

In most other circumstances, police departments and organizations recommend that an officer’s body-worn camera be on — including when there is an encounter that might lead to an arrest, traffic ticket, driving under the influence arrest or any use of force.

That body-worn camera should always be worn whenever possible is a rule Manger follows himself.

“I wear a body-worn camera for three reasons,” Manger said. “First, because I don’t ask my cops to do anything that I wouldn’t do myself. Two, I wanted to see what it was like as I had no experience wearing one. Third, I make traffic stops and occasionally respond to calls that I hear on the radio if I am close by.”

A body-worn camera is usually fixed on the upper torso of an officer — either on the chest or shoulder — where it can capture what’s taking place in front of the officer. Where the body-worn cameras often fail is when incidents take place to the side, above or behind the officer.

There is some controversy surrounding what an officer can do with body-worn camera footage, especially in how they can use it when filing a report. But it’s generally agreed upon that an officer is not to alter, edit or doctor the footage in any way. For example, the LAPD’s “Body-Worn Video Procedures” from April 2015 prohibits the modification of recordings and states that “any violation of this provision is considered serious misconduct and subject to disciplinary action.”

However, it’s the possible subjectivity of the disciplinary action taken against an officer when he or she violates a body-worn camera official procedure that often upsets the public. But, especially until technology is well-established, it may be best to evaluate all incidents on a case-by-case basis.

“I just think that courts — and municipalities and media and citizens, in general — need to look at each case individually if it’s on film,” Johnson said. “If it’s not on film, was there a reason why? Was the camera activated or not? Even when the camera is going it’s not going to capture everything.” Manger echoed this statement.

“Body-worn cameras are an accountability measure that was originally demanded by the public who were concerned about police use of force. The videos have shown just how challenging the job of a police officer is and how police officers handle very difficult and often dangerous situations.”

While policy-makers, law enforcement personnel and even the public continue to wrestle with what the best practices are for body-worn cameras, it’s important that everyone remembers that the ultimate goal is to use them to keep people safe and on their best behavior — that includes the police and the public.