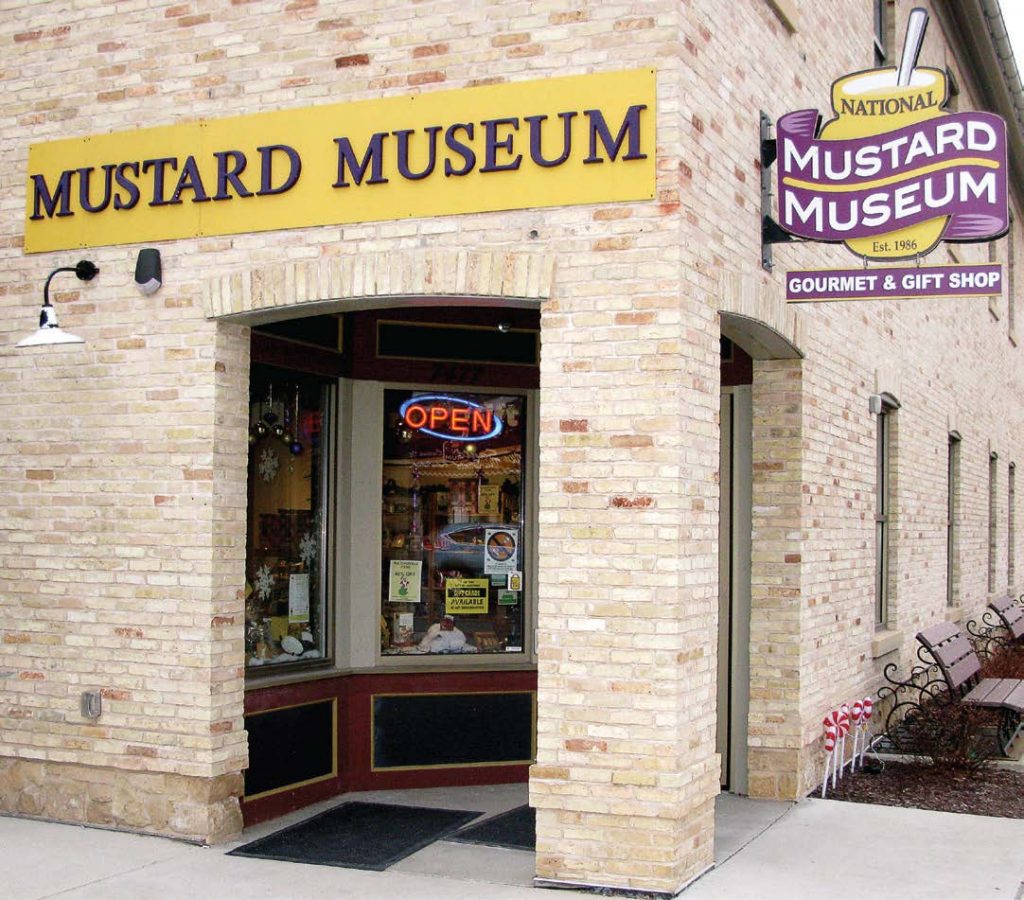 The National Mustard Museum moved from its original location of Mt. Horeb with the help of the administration of Middleton, Wis. “They were amazing,” according to museum founder and curator Barry Levenson. (Photo provided)

What makes for a successful globally acclaimed museum?

In the case of the National Mustard Museum in Middletown, Wis., the ingredients included a heartbreaking World Series loss, an all-night supermarket and a mysterious disembodied voice.

During the wee hours of Oct. 28, 1986, a sleepless Barry Levenson, discomposed after a Game 7 World Series loss by his beloved Boston Red Sox, wandered into an all-night supermarket looking for solace in any form. As he passed by the mustard section, he experienced a Ray Kinsellaesque “Field of Dreams” epiphany.

Resolving on the spot to amass the world’s greatest collection of the condiment, Levenson bought about a dozen jars and took them home to begin his quest.

The Massachusetts native had transplanted to Wisconsin to attend law school and had achieved the position of assistant attorney general for the state of Wisconsin when he launched into his newfound passion. 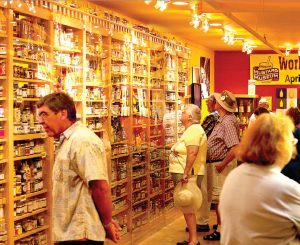 The museum has more than 6,000 different original mustard containers on display. The museum also hosts a tasting bar in the gift shop where patrons can sample more than 400 flavors of mustard. (Photo provided) 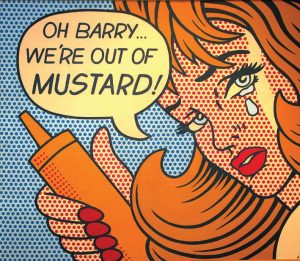 A character in a vintage comic strip makes a desperate plea for more of the condiment Barry Levenson started collecting in 1986. (Photo provided)

In 1992 he left his job with the state to open a museum dedicated to mustard and related memorabilia. In the fall of 2016, the National Mustard Museum breached the 6,000-jar threshold of prepared mustards from all 50 states and 87 countries around the globe.

The museum, located at 7477 Hubbard Ave. in downtown Middleton, also sports a tasting bar, where patrons — admission to the museum is free — can sample from more than 400 flavors of mustard, and a gift shop featuring items like kitchen gadgets, cookbooks, sweatshirts, T-shirts, aprons, neckties, mugs, souvenirs, collectibles and supplies for home mustard makers.

Online offerings include a mustard of the month package, plus several specialty assortments and gift boxes.

Levenson opened his museum in Mt. Horeb, a town of 7,500 about 16 miles southwest of Middleton. Outgrowing the first location, the museum resettled in a larger facility across the street in 2000. When the museum, then known as the Mustard Museum, lost its lease in 2009, Levenson was presented with a severe challenge.

“I had to find somewhere to relocate the museum,” he said.

Middleton, a city of 18,979 residents 7 miles west of Madison, was waiting with open arms.

“The city has been fabulous in encouraging us to be here,” said Levenson.

“They helped with the moving expenses and picked up a loan we had.”

It was a good move for Middleton. The museum receives about 30,000 visitors a year and hosts a National Mustard Day festival the first Saturday in August and a worldwide mustard competition with entrants in 16 categories every April.

According to Levenson, “You need someone other than yourself” to spread the good word about your endeavors, and the Middleton municipal administration has filled that task in spades.

“I can’t say enough about Middleton, especially Michael Davis, the city administrator,” said Levenson. “He has just been terrific in terms of supporting us, going to bat for us and helping in every way. I don’t think we would be here without him and the city.”

A condiment often taken for granted, mustard bristles with nuance, according to Levenson.

“I am a wine lover and I can tell you the taste of mustard can be very complex,” he said.

He also touted the condiment’s nutritional qualities. “Mustard is low in calories, fat and cholesterol.”

Levenson advised prospective museum visitors to “expect the unexpected. Come in with a totally open mind about what mustard is. Don’t think, ‘I know what this is going to taste like.’ Be prepared to try something you know is going to be very different.”

The museum is open 10 a.m. to 5 p.m. seven days a week, except New Year’s Day, Easter Sunday, Thanksgiving and Christmas.