The privatization of public spaces, or POPS, can present a benefit to municipalities and the public at large, under certain conditions. 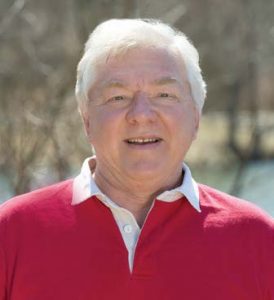 In the context of cities and towns, POPS are small plazas, arcades and other outdoor and indoor spaces that are provided with a specific understanding. “Developers want to get extra credit in exchange for opening (the space) to the public under certain conditions,” said Richard Dolesh, vice president for strategic initiatives with the National Recreation and Park Association.

This “extra credit” often means they are allowed to build bigger buildings than they might have been able to pursue otherwise. In return, they agree to provide these privately owned public spaces. This idea can be enticing to municipal governments, who seem to tighten their belts every year. POPS can be a good way to get public space for free without the local government having to dedicate any resources. What’s more, many local governments have realized that attractively designed and well-maintained spaces can help to attract investors and certain types of affluent and influential users.

While the idea is not novel, the number of these spaces has been on the rise in recent years, especially on the U.S. coasts. The concept started in New York City, with plazas and arcades in the early ’60s. Today, it is estimated that there are several hundreds of these privately owned public spaces in New York, and ones located in countries as far away as Japan.

Dolesh said there are pros and cons to these spaces. For example, such real estate can be a boon to city life, adding vitality, innovation, walkability and public art to locales.

“They can be pleasant spaces to be but also a good way to expand the public benefit,” he said.

On the other hand, he said such spaces — on the East Coast in particular — are often not well marked; therefore, they are obscured and can be easily overlooked. The West Coast has made a concerted effort to promote standardized signage he said, which provides a way to invite the public in. Privately owned public open spaces — or POPOS — have been synonymous with San Francisco’s downtown public space strategy for some time. In 2012, the planning department “strengthened their standards for POPOS signage and public access, and stepped up enforcement of their requirements,” according to livablecity.org. 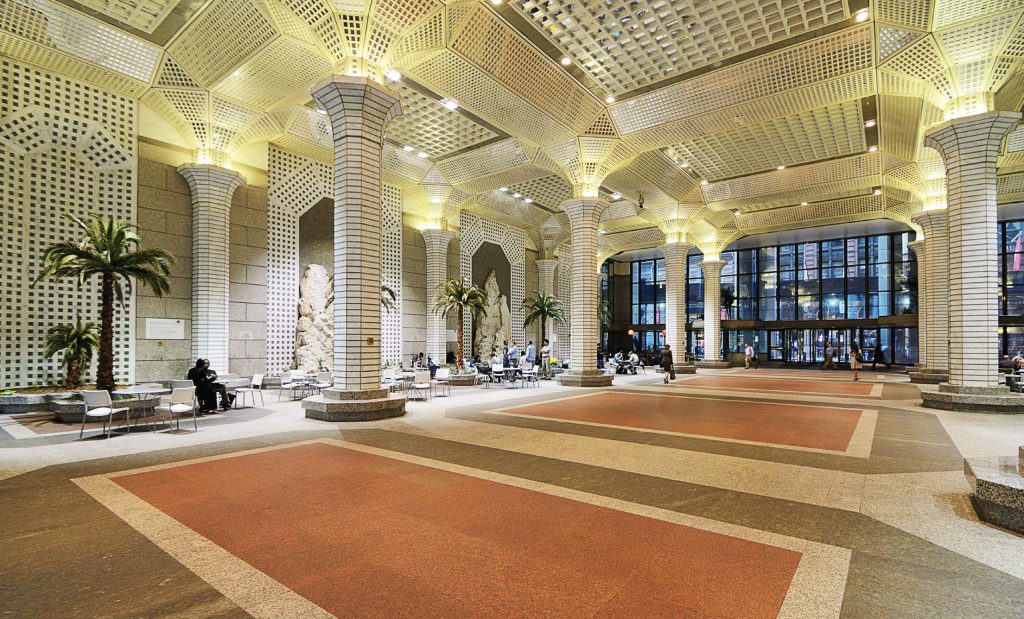 Within 60 Wall St Atrium in New York City, there is a 2,360-square-foot pedestrian arcade, which is a privately owned public space completed in 1989. The concept of POPS started in New York City, with plazas and arcades in the early ’60s. (Shutterstock.com) 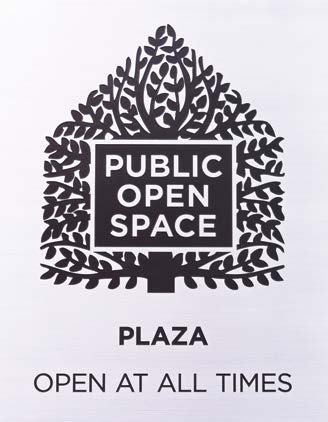 Sometimes POPS are not well marked — particularly on the East Coast — and can be overlooked. (Shutterstock.com) 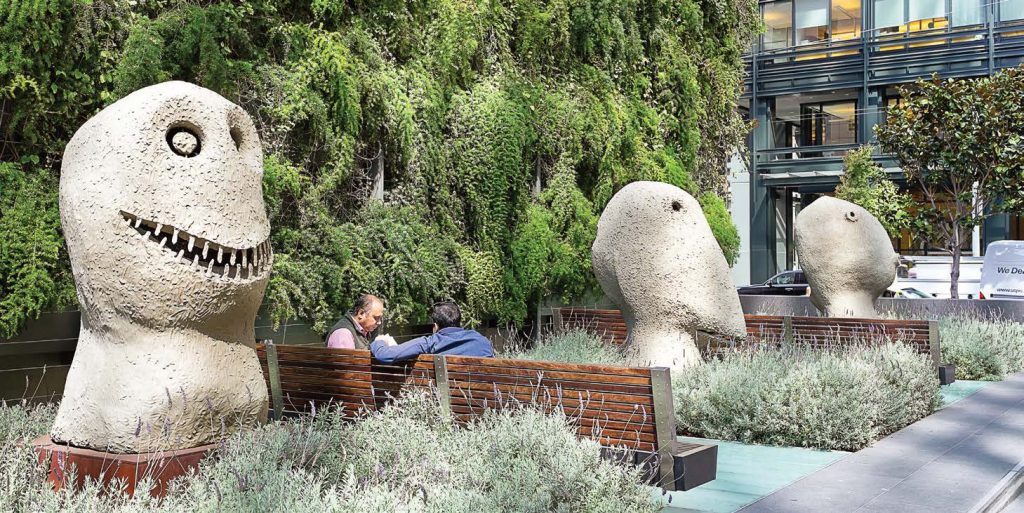 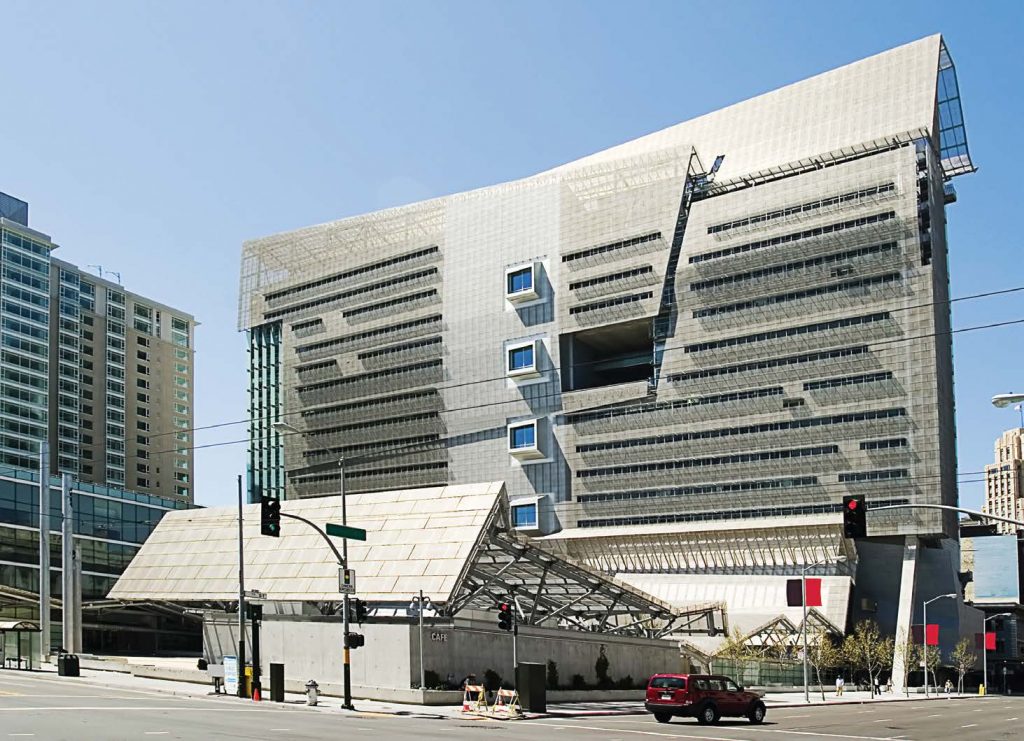 San Francisco’s Federal Building faced criticism when it was built, particularly when its cafeteria was placed outside the building on the public plaza. (Shutterstock.com)

While such efforts can help advance the cause of greater awareness and accessibility, Dolesh said there can be some uncertainty when it comes to public education. “The public doesn’t necessarily know the boundaries, rules and regulations for use,” he said.

And this is where the waters can get muddied. Dolesh is familiar with a few cases in New York City, which serve as a cautionary tale for what can sometimes go wrong in public-private arrangements. He referenced a recent audit from the Office of the New York City Comptroller, which found that more than half of the properties weren’t being used as originally intended.

“We inspected all 333 of the POPS locations and found that more than half (182 of the 333) failed to provide required public amenities,” the comptroller website states. Some cases were more egregious than others. For example, in some locations, the required amenities simply did not exist; while others were “non-functioning.”

The New York City violations underline an important point about the nature of the public-private beast. The heart of the matter, according to Dolesh, is that once POPS are built, there’s nobody who’s responsible for peoples’ benefit after the fact.

For this reason, Dolesh suggests that municipalities considering entering in such agreements do their due diligence. His advice: “Create a mechanism that allows you to monitor and easily report how these spaces are being managed.”