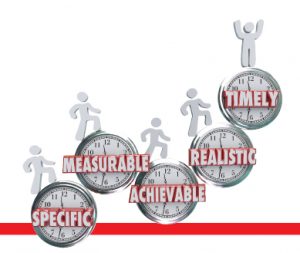 Boston Unıversıty annually releases its Menino Survey of Mayors through its Initiative on Cities, which “seeks to research, promote and advance the adaptive urban leadership strategies and policies necessary to support cities as dynamic centers of inclusive economic growth and positive development in the 21st century.” The survey itself aims to put a finger to cities’ pulses and determine what mayors are prioritizing, what their citizens are prioritizing, among other aspects of city and town management. The most recent, released January 2017, and third such survey found the more than 100 responding mayors are prioritizing socioeconomic issues, such as poverty, affordability and income disparities.

According to the survey’s executive summary, “Mayors also rank poverty, rather than income equality or the shrinking middle class, as their most pressing economic concern. This focus was shared by both Democrat and Republican mayors, although Democrats were 15 percentage points more likely to be concerned with poverty. Mayors are concerned about economic challenges ranging from unequal transit access to racial wealth gaps, but they are most frequently concerned about the lack of middle class jobs for those without a college degree and a lack of living wage jobs.”

Such priorities can be seen in headlines across the country. This past March, Albany, N.Y., Mayor Kathy Sheehan announced a $1.5 million state grant would go to fighting poverty in her city; this included partnering with local nonprofit, CARES Inc., to form a plan to reduce and end poverty. In South Bend, Ind., Rebuilding Together — a nonprofit, community-based partnership of volunteers from local government, businesses and other nonprofits — is rehabilitating homes of low-income homeowners and improving neighborhoods. South Bend Mayor Pete Buttigieg was on hand in March when a homeowner found out her home would be next for a series of major repairs.

Another concern that resonates in this issue of The Municipal is the U.S.’s aging population and the retirement of baby boomers, which promises gaps within the governmental workforce. Succession planning helps alleviate such concerns by prepping individuals to step into vacant positions. Taking advantage of leadership development opportunities also helps. Barb Sieminski highlights the International City/County Management Association’s efforts to provide leadership development opportunities and cities that have launched their own in her article on page 32.

While this shift in the workforce will be impacting several sectors of the U.S. workforce, the public/governmental sector has the potential to be affected the most. I recall speaking with a Illinois fleet maintenance manager in 2014, who voiced his concern about the potential for a shortage of fleet technicians, noting for kids, it’s not a glamorous job. Pay can also become a factor in new workers choosing private sector jobs versus those in the public sector. However, some cities are taking steps to attract the next generation of workers to technical careers by engaging them through programs. The fleet maintenance manager, along with his city, Kewanee, Ill., had created an apprentice program to do just that.

And it’s not only cities doing this. Our cover article highlights the International Code Council’s efforts to educate students at technical schools through its high school technical training program in order to fill workforce gaps in construction professions. With a combination of cities and organizations stepping up to the plate, perhaps students can receive valuable experience and easily transition from school to a career, preventing voids before they become apparent.

Other subjects covered in our “City & Town Management” themed issue include Brooklyn Park, Minn.’s, efforts to rebrand itself; the National League of Cities’ LIFT-UP pilot project; keeping the historic buildings that fall under your city’s wheelhouse in good health; among others.

So maybe this May focus on ways to cultivate and encourage leadership within your organization’s different departments while also finding ways to engage members of the future workforce and introduce them to public service careers they may be unaware of.