Henderson, Ky., has reached its goal of having 85 percent of its total combined sewer overflow captured and treated before its release — a goal it has reached a year ahead of schedule. (Photo provided)

Tearing up the downtown area proved to be one of the most challenging aspects of Henderson’s combined sewer systems separation project; however, the end result has sparked economic development while eliminating sewer odor. (Photo provided)

During the last century, the U.S. had combined sewer systems that fed both stormwater and wastewater into the pipes. During heavy rains, the overflow of water would carry sewer into rivers through combined sewer overflows. These began to create serious pollution problems in the country’s rivers. The Environmental Protection Agency’s Clean Water Act of 1972 led them to begin working on this problem. There were about 1,150 cities in the U.S. with CSSs that the EPA needed to start working with. Henderson, Ky., was one of them, but not the biggest by far with a population of about 27,000. Chicago; Milwaukee, Wis.; Lexington, Ky.; and other larger cities were at the top of the list and regulators started working with them in the 1980s and 1990s, in regards to their processes for their projects. 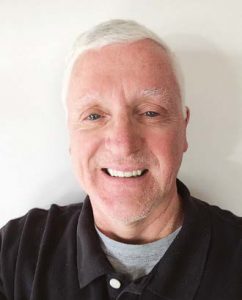 Henderson was built on the Ohio River and its Canoe Creek tributary. Henderson Water Utility General Manager Tom Williams said, “We started about 1994 when guidelines were just a draft on how to deal with the CSOs. We are the first city of any size under the long-term control plan. These plans are under the consent decree or agreement that the regulators designed to comply with guidelines in order to limit CSO discharge or control it.”

A consent decree comes from the state of Kentucky, in this case from the Frankfort Circuit Court via state regulators. An administrative order comes from the state by the EPA. The consent decree is by a judge and the administrative order by a bureaucrat. The EPA agreed that a city sufficiently controlled CSO discharge if it captured and treated 85 percent of the sewage that would otherwise overflow.

Henderson didn’t actually sign the consent decree until 2007 when it entered into this arrangement with six other Kentucky cities. The plans were to be completed in 10 years. Since Henderson has reached 85 percent CSO, it has reached its goal a year ahead of schedule.

Getting an early start to the sewer separation process has saved Henderson, Ky., money as it was able to finance its bonds at a lucrative time. (Photo provided)

A general manager by the name of Bobby Gish had been the one to realize what was coming down the path and had helped Henderson get started before the town was really forced to. The town did a model that showed the plan would treat 91 percent of the CSO. Williams said, “We will still have some projects that will take (place in) a small area of town during some other stormwater work and go in and separate that off to get us toward an ultimate goal of 100 percent separation. But that is difficult to get to.”

Some places are prohibitively expensive to get to. The Ohio River at Henderson is a mile wide with a lot of water flowing through, so the discharges that are left have a small impact on the river, according to Williams. The EPA realizes that it can’t require complete and total separation. The majority of the work done was after they were in conversations in early 2000.

Since Henderson started its work before it was really forced to, the state of Kentucky realized that the city was making an effort and negotiated a deal that didn’t “break the bank.” It took a team effort to do the negotiating with the city for the bonding and the department to oversee the work, especially with Kentucky regulators — Division of Water — and the EPA looking over its shoulders.

“We spent about $43 million,” said Williams. “We knew we were starting this going into the early 2000s so we had raised rates in 2000 and built up a reserve of $11 million when we started the projects. We issued bonds three times over the last six or seven years. We issued general obligation bonds through the city at very low rates after the 2008 financial crisis. At that point we could borrow money in 30-year bonds at 2 to 2.2 percent — which is very cheap money.”

Williams added, “In order to clear a consent decree, some of the requirements have to be folded into our environmental permits. Your long-term control plan tells about projects and says how they will comply with law. There are things about the future (like the 85 percent limit on CSO) the state wants folded as obligations into an environmental permit (such as the National Pollution Discharge Elimination permit) for the state consent decree to be considered done. Tying up these ends with a consent decree hasn’t been done before in Kentucky yet. We’re talking to them to agree on how that project will work so what we end up with is something we know we can do. There’s a lot of give and take in what we’re going to do since we want to get it right. It will set a kind of template for other cities who’ll go through the same process.”

Henderson’s work entailed three really big projects in order to do the job right. The biggest, and hardest, part, according to Williams, was tearing up streets in an 18-block section of the downtown. This took about two years to accomplish. He said, “We would section off the streets block by block to install new water lines (because it was already torn up and they were 100 years old) and the sewer. There were already sewers there that took stormwater so we lined them with in situ form — fabric liner with a resin that’s cured and turns into a pipe on the inside of the pipe and seals it off, extending its life. These then don’t have to be dug up.

“Tearing up the downtown was difficult since we needed to maintain traffic to businesses after closing the streets. Th is process ended up with all new utilities downtown plus freshly paved streets. Also, because the downtown had had CSS odor issues with sewer odors coming up through the street storm drains, finishing the project made the downtown much more pleasant, and there’s been growth there recently, helping out from an economic development standpoint.”

Another small example of an improvement is that the downspouts now go straight through to the river without going through the sewer first.

Williams had several points of suggestion to towns dealing with CSS and CSO problems:

Henderson itself has been very lucky in its process in part because of its early start. Th e time in history when the city financed its bonds was also fortunate because it ended up getting cheaper money for the project.