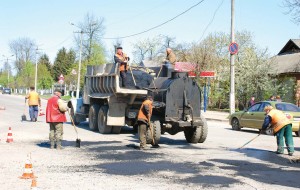 As a new law came into effect in 2014 requiring motorists to move over or slow down for all road and roadside workers, the Ohio Department of Transportation assembled a statewide coalition of organizations to mount an aggressive public awareness campaign.

An international trade association established in 1969 and headquartered in Fredericksburg, Va., the American Traffic Safety Services Association leads the nation in work zone safety training and education. With over 1,600 members nationwide and the core purpose of advancing roadway safety, it produces training programs and videos, pocket guides, protection manuals, safety handouts and certification tests and also advocates for the design, manufacture and installation of effective traffic control devices, including pavement markings, road signs, guardrails and other roadside safety features.

“Our campaigns are all directed at the safety of our people,” said Paul Pegher, advisor and communications collaborator with the Ohio Department of Transportation.

Pegher is an adviser to ODOT senior staff and a collaborator with the Division of Communications since 2013. As such he designs and manages communication strategies and promotional campaigns for statewide initiatives, engaging audiences that include the general and motoring public, engineering and construction consultants, media, state and local elected officials and the department’s nearly 5,000 employees.

He emphasized that the “our people” focus of his work includes not only professionals who improve the roadways, officers of the law and emergency workers, but all motorists, their passengers and pedestrians. His state earned the opportunity to host the ATSSA 2016 National Work Zone Awareness Week kickoff event this year, he said, because of its stellar reputation for generating public awareness and implementing operational policies that increase work zone safety.

“The hosts have proven that they have a really good program that is setting the pace for the whole nation,” noted James Baron, ATSSA director of communications. He added that the location for the 2017 event has already been selected, but that hosting the 2018 event is still up for grabs. Interested agencies should contact ATSSA.

In December 2013, the Ohio General Assembly expanded the state’s existing “Move Over Law” to include construction, utility and recovery workers in addition to law enforcement and safety personnel, who were already protected. As the law came into effect in 2014 the Ohio Department of Transportation assembled a statewide coalition of organizations to mount an aggressive public awareness campaign, reminding drivers to “Slow Down & Move Over for All Roadside Workers.”

“The theme this year reflects our focus,” said Pegher, explaining that the new campaign strategy has two layers. “The first layer — “Don’t Be That Driver” — is calling attention to unsafe driver behavior by reminding people that nobody would want to be ‘that driver.’ It’s a message that has worked for us, particularly in northwest Ohio where we are seeing a record amount of construction. And we have the opportunity now to introduce this theme on the national stage. 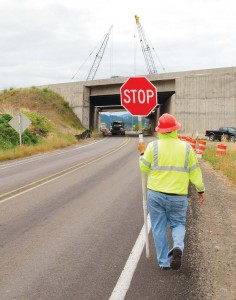 “The second layer of our message — ‘Work on Safety. Get Home Safely’ — is a call to action and gives us an opening to talk about the very complicated science behind engineering a work zone and the technology and decisions that go into making work zones safe.”

As with prior educational campaigns, this one includes media events, public service announcements, a broad and long-lasting social media campaign, informational exhibits at various locations and a variety of individual campaigns from coalition partners, including ATSSA Ohio, AAA Ohio, Ohio Contractors Association, OCSEA-AFSCME, Ohio Department of Public Safety, Ohio Turnpike and Infrastructure Commission, International Brotherhood of Teamsters and the Towing and Recovery Association of Ohio.

The kickoff commences at 10 a.m. Tuesday, April 12, near Toledo.

“The event will take place directly adjacent to the interchange of I-75 and I-475 in Perrysburg, which is pretty much right in the middle of our largest continuous work zone in Ohio,” said Pegher.

Seventeen different construction projects in that area were made possible thanks to Ohio Governor John Kasich’s comprehensive transportation plan. “This gave us an incredible and rare opportunity to advance a number of important projects to expand capacity by decades and get all of this work done over the course of several years,” he added. The combined projects, valued at roughly $500 million, will introduce safety improvements and enhance travel efficiency to 32 miles of roadway.

In addition, the selected location draws attention to safety concerns about the highway from Findlay to Toledo, where from 2003 to 2013 70 crashes, two serious injuries, 37 total injuries and 45 incidents of property damage related to work zones took place. It also reflects the importance this highway has not just in Ohio, but from Michigan all the way to Florida. The stretch has been dubbed “Automobile Alley” for the number of vehicles that travel between Detroit and Atlanta.

As is the annual custom, this year’s event features the National Work Zone Memorial, a traveling exhibit listing the names of men and women across the country who have lost their lives while working on roads and bridges. The names of three people from Ohio will be added this year, according to Pegher.

“Home is the one place we all want to go,” Pegher said, noting the compounding rewards of annual campaigns. “It’s up to all of us to work on everyone getting there safely.”