Do public employee unions hurt city budgets? Do union employees receive higher pay and benefits than their nonunion counterparts in the private sector?

The answers seem to depend on who you ask, as studies on the topic conflict. But for the most part, within a brief survey of municipalities in Florida, Indiana and West Virginia, officials say their union and nonunion employees receive the same pay raises and benefits; and negotiations with unions tend to go fairly smooth. 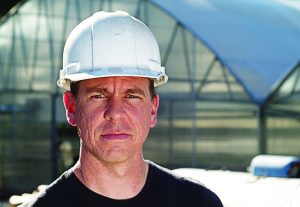 Heritage Foundation think tank member James Sherk published an article reporting that the average state or local government employee earns $39.83 an hour in wages and benefits, compared to $27.49 an hour in the private sector. Sherk claims the differences remain after controlling for education, skills and demographics; but other studies on the topic are at odds with the findings. (Photo provided)

Anthony Bellote, assistant city manager for Clarksburg, said it has approximately 40 union employees, as only the city’s public works department is union. They belong to AFSCME Local 743.

“The union’s pay scale is a pay scale that is adjusted routinely for cost of living, the same as our other employees. There are no other special benefits to our union employees,” he said.

Bellote has been employed with the city for 43 years, starting out as a union employee in the public works department. Clarksburg Public Works Department includes streets, traffic, compost, vehicle maintenance, storm and sanitary sewer services.

“Throughout my career, the union has never been a drain on any of our city’s budgets,” he said.

So many factors figure in to a comparison of public sector wages and benefits versus private sector, including education and whether the state is a right-to-work state or not.

Most studies find that public service union employees make less in wages compared to their counterparts, but they may have better benefits. Unions and union membership differ greatly between public and private sector employers, however.

James Sherk of The Heritage Foundation, a think tank established in 1973, published an article titled “Majority of Union Members Now Work for the Government.” It reported that union membership in the private sector fell, especially in the recession, because unionized companies do not fare as well in the marketplace and lose more jobs to nonunion counterparts. From 1980–2008 union membership in the private sector fell from 20.1 percent to 7.6 percent, and in 2009 private sector unions lost 834,000 members while the public sector gained 64,000 members. The article also stated that the private sector lost millions of jobs during the recession while government jobs increased slightly.

Also according to the article, the average worker for state or local government earns $39.83 an hour in wages and benefits, compared to $27.49 an hour in the private sector. Sherk claimed the differences remain after controlling for education, skills and demographics, something that Dr. Jeffrey Keefe, research associate for Economic Policy Institute and retired professor at Rutgers University, says is not always considered when compiling such data. 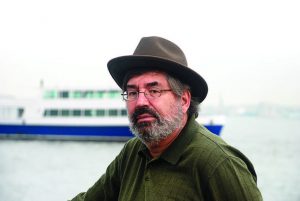 David Bensman is a professor in the Department of Labor Studies and Employment Relations at Rutgers University. His evidence says private sector union employees earn higher wages than their public counterparts, and public sector union members must also endure the predicament of underfunded pensions. (Photo provided)

However, David Bensman, professor of American Labor History at Rutger’s University, said there are studies that refute the claims that public employees are compensated higher than private sector employees. Keefe, his former colleague, has published several papers on the topic that Bensman said are “consistent with research done over the last 25 years or so.”

“We’ve known for a long time that wages in the public sector are lower than the private sector,” Bensman said. “In the past that was compensated for by public workers having better pensions, but in the last 20–30 years state governments haven’t adequately funded budgets, creating shortfalls in pension funds — and that’s gone on for a long time.” He said in some states, New Jersey being one, state and local gov

ernments started looking at risky ventures as a way of compensating for pension fund shortfalls. He said New Jersey even turned to hedge fund managers and paid high fees to them that could’ve instead been put in the pension funds.

He added that decisions made in New Jersey regarding pensions created animosity between private and public sector workers. Governor Chris Christie cut pension benefits in the name of reform to balance the state’s budget, promising to increase the fund later — a promise Bensman said he failed to keep.

“Those efforts by the governor split public and private workers. “But now the state legislature is united in calling for full funding of the pension. There has definitely been an attack on public sector wages and benefits that’s been going on for a long time.”

So, are public employees’ pay and benefits hurting local government’s ability to pay for other municipal needs?

“What’s hurt municipal budgets is state and local governments cutting taxes to the point that they don’t have sufficient revenue to carry out the services people need and expect. As a result, pensions are falling short, roads are not repaired, bridges are falling down and salaries are being cut,” Bensman said.

In his opinion, one small part of municipal budget woes were unfunded federal mandates, which go back to former President Ronald Reagan. However, he thinks that’s now turning around.

“It’s been a trend for 40 years, but this trend is ending as people are starting to realize they’re paying out of pocket for things the government used to pay for,” he said.

Recent political primary campaigns may indicate the same as most political observers noted a substantial amount of voters did not select candidates calling for lowering taxes. According to Bensman, 40 percent of Republican voters and almost all Democratic voters rejected the idea that taxes need to be lowered.

“This seems to represent a change. Th e Flint lead scandal is a great symbol of how the attack on public revenue and treasury has gone too far. (People) are rethinking whether starving the government is the solution to the economy’s problems,” he said.