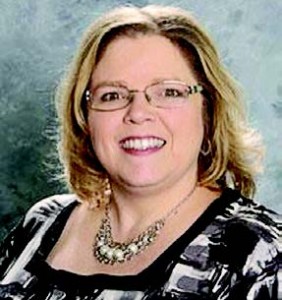 KANSAS CITY, MO. — The American Public Works Association announced recently that Patricia Hilderbrand, MPA, PE, division manager of Coordination Services for the Kansas City Public Works Department, has been appointed to the Institute for Sustainable Infrastructure board of directors. Hilderbrand was appointed to the 11-member ISI Board by APWA President Brian Usher, PWLF.

Within Hilderbrand’s career at the Kansas City Public Works Department, her responsibilities included project management of major flood mitigation projects with the U.S. Corps of Engineers; direction of the department’s five-year Capital Improvements Program; management of the city’s transit contracts; and service as liaison to the city’s primary Metropolitan Planning Organization, MoDOT, railroads, transit authority, counties and franchises. She also oversees a staff of 16 employees.

Hilderbrand holds a bachelor’s degree in civil engineering and a master’s degree in public administration from the University of Kansas. She has served in many leadership roles at the APWA chapter and national levels, including serving as the director-at-large for engineering and technology on the National Board of Directors. In 2003, she received APWA’s Young Leader of the Year Award.

WASHINGTON, D.C. — In January, the American Public Works Association commended bipartisan passage of the U.S. House of Representatives’ bill S.J. Res. 22, a resolution blocking the U.S. EPA and Army Corps of Engineers’ proposed rule known as “Defi nition of ‘Waters of the United States’ Under the Clean Water Act.” Th e bill was previously passed in the Senate in November and is headed to the president’s desk.

As a partner in protecting America’s water resources, APWA has signed on with other national organizations to stress the importance of federal, state and local governments working together to craft reasonable rules and regulations, in order to have a clear understanding of the vast impact that a change to the defi nition of ‘Waters of the U.S.’ will have on aspects of the Clean Water Act.

“To that end, APWA commends the House bill that blocks this WOTUS ruling, and addresses specifi c concerns with the proposed rule,” said APWA President Brian Usher, PWLF, public works director of Largo, Fla. “We remain concerned about the direct and indirect impacts of the proposed rule on state and local governments.”