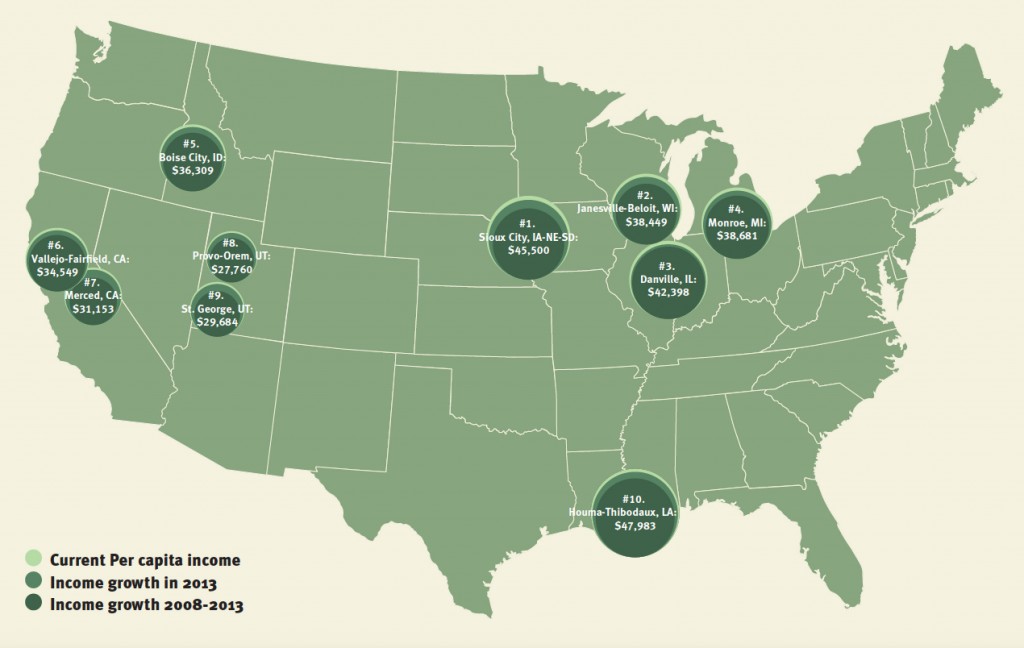 24/7 Wall St. reviewed metropolitan statistical areas with the largest personal income growths and the greatest declines. Above are the ones to be commended, where incomes are growing the fastest.

According to 24/7 Wall St., growth rates were calculated based on total real personal income — including compensation and income from property, minus contributions to the government — for all people in each city. Since growth rates were based on aggregate incomes, an increase in a city’s working-age population was oft en a major driver of growth.

More of the explanation for such documented growth reads, in part: “Income growth is also strongly associated with economic expansion. Often, activity within a particular industry accounted for the bulk of the changes in total income generated in the area. With the exception of Danville, Ill., the economies of all of the top 10 metro areas for income growth expanded faster than the nation’s 2013 GDP growth rate of 1.7 percent. The opposite was generally true for the cities with declining incomes.”