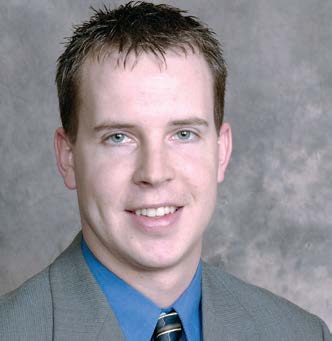 The idea of developing a collaborative, professional networking group for information technology managers and directors seems like a pretty straightforward concept, considering that such individuals work day after day to connect devices together, improve the software processes and find new ways to do things. But when it comes to connecting with other individuals, IT managers often fail to reach out to neighboring departments and municipalities to share ideas, discuss issues and develop solutions that benefit their own departments or those in the region.

Some regions already have well-established groups of professionals who get together on a regular basis, but for those who do not, the formation of a networking group will most likely yield many benefits for both IT and the entire organization. As IT becomes both a leading and enabling force in the workplace, organizations are finding that much can be learned by encouraging the flow of IT-related information between all the key players in the region. Not only can information, ideas and projects be shared, but resources, training and even the ability to share certain aspects of a workforce is becoming quite beneficial for IT departments striving towards regional cooperation.

I have seen several of these groups take shape around the Dayton, Ohio, region over the past several years. One is the Southwest Ohio Municipal Technology Group, which I formed in 2008. What was once a gathering of a few municipal information technology employees is now a group of more than 25 municipalities, townships and counties. Not only do the organizations stay in contact with each other via quarterly meetings, they have formed smaller cooperative relationships on the side. Agencies seeking information, assistance or cooperation on projects utilize shared contact information to reach out to each other on a regular basis.

Even when the group was small, the ability for IT managers to know that there were others around to confide was truly beneficial. A few of the realized benefits over the years have included:

The format of the quarterly meetings changes once in a while. For the most part the group meets for two hours, from 10 a.m. until noon, with an optional lunch at a nearby restaurant. The first hour and a half are spent in a roundtable discussion, where each agency discusses the projects it is currently working on or will be starting soon. If there are project-related questions for the group, they get discussed in more detail. After the roundtable, the group discusses a few pre-submitted topics, such as upcoming legislation or new virtualization software. The conversations often continue into lunch, where agencies have an opportunity to talk in smaller groups or one on one.

I’ve often talked with IT managers at various conferences and learned how isolated they feel, either within their own organization or as it relates to their neighboring communities. Not all IT managers have the confidence to reach out to surrounding organizations to get a regional IT group started, so it’s important for the leadership of each county, city, township, etc., to begin the process of getting their IT departments involved. Even something as simple as having lunch with two or three IT managers can have an astounding impact on making connections.

When I first took my position as an IT manager of a small community of 14,000, I didn’t know anybody in the neighboring towns who held similar positions. Eventually, I would find myself contacting surrounding departments for small things such as a problem with their website or perhaps some data transfers that needed to happen between agencies. As I talked with each IT department manager over the course of a year, I would simply ask if they were part of any IT group or if they would be interested in starting one. I eventually put together a list of about five individuals who were interested. We started meeting for lunch at various locations and talking about some of the projects we were working on. This continued on for about a year. At the time it seemed like it was enough, but I didn’t realize that further down the road in each direction were other agencies looking to do the same thing.

We began sending emails to all the IT managers in the Dayton area, and if smaller agencies didn’t have a full-time IT person, we contacted their city manager, finance director and even consultants who supported their IT needs. Eventually, we had about 15–20 agencies that were interested in joining the group. We formalized the meeting structure and began rotating meeting locations around the Dayton area every three months. Attendees included a wide range of individuals such as managers, product specialists, assistant city managers, finance directors, etc. The mix of job descriptions allowed the group to have great conversations and everyone seemed to benefit.

A few things became evident as the meetings continued. We found that over the course of a few years, almost all departments ended up working on the same basic projects: but depending on their size and budget, the timeline varied. For example, larger agencies would often tackle issues, such as thin clients and phone systems, before the smaller agencies. But in a matter of a year or two, the smaller agencies would begin those types of projects.

On the flipside, smaller agencies often could implement specialized software more frequently and over a shorter span of time. Th is allowed larger agencies to benefit from the “little guys” and consider many different solutions as well. The smaller agencies tend to change financial, police and fire software at a higher rate than their larger counterparts.

These IT-specific networking groups are critical, in my opinion, to the growth of an organization, specifically in terms of regional cooperation. I encourage you to reach out to surrounding organizations to see if there is already a group to join or to discuss the formation of a regional IT group.

Darren Davey has worked as a network manager for the Vandalia-Butler School District and as both a senior systems engineer and sales engineer for a Dayton-based consulting company. Since 2005 he has served as the information technology manager for the city of Vandalia. Contact him at darrendavey@att.net.