Millennials and baby boomers are increasingly seeking to settle in urban areas. This requires municipal leaders to look at what is important for these groups in terms of amenities, culture and opportunities: in other words, what makes a community age-friendly. 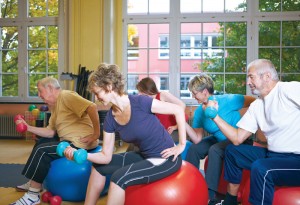 The groups also hold in common a desire to socialize and stay engaged. Communities wanting to accommodate millennials and boomers should ask themselves if they inhibit this in any way.

“At the very least, we recognize the physical design of a community — can a person walk safely within their community? Are there places to walk to? Are the activities and places that support daily living accessible? Both generations seek proximity and convenience in their housing choices. Proximity to jobs, proximity to friends and family, proximity to recreation and entertainment opportunities.

“It goes beyond the physical as well. Are there opportunities to socialize and stay civically and economically engaged? Or does the community inhibit this in any way? How well a community provides opportunities to live, work, play and give to the degree that an individual desires goes a long way toward defining how age-friendly it is.”

Senior voices, but no youth

Vice Mayor Jasmine Gore of Hopewell, Va., feels strongly about providing these opportunities for youths. There needs to be a voice present to keep the city in line with changing times, she feels, and to hear different perspectives.

“I’ve been contacted by many people wishing to be involved with youth but who found it very difficult to get an idea off the ground. As it stands there is no central hub for youth services information. The city has over 30 boards, commissions and authorities: Two are senior-specific. None are youth-specific.”

Gore added that youths in her city should play a bigger role in decision making, due to the fact that many of the decisions that are made now will impact the city in the long term and set its future direction.

“If those that have a seat at the table now are not speaking for youth, our vision will not include them to the degree they should be.” One of the ways she seeks to give millennials a greater voice is through the creation of a youth council. Similar councils have formed across the country and have given them a greater stake in their communities.

Sheryl Walsh, communications director for Novi, Mich., explained the formation of such a council in her city.

“We as a community noted that we had involvement from our older adults, but it seemed like we were missing the engagement from a teen perspective. I think what led to the success of the youth council was that the mayor, council and city manager didn’t dictate what they did. They actually gave us a blank canvas and let the students decide what they wanted to be involved in based on what they were passionate about.”

Novi teens were extremely passionate about getting out an anti-drug message and partnering with the police department to combat drug use in the community. The other issue was bridging a gap between the younger students and the seniors of our community, Walsh said. They felt there might be a disconnect in the older adult population’s understanding of them. Today those are still the issues that they want to work on. 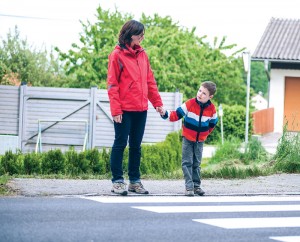 The physical design and safety of a community are issues that determine where both the baby boomer generation and millennials will locate. Proximity to jobs, friends and family, recreation and entertainment are important.

Millennials are not the only residents who want to engage and be heard. Marron uses demographic projections to relate to leaders in Indiana the importance of reaching out to baby boomers.

He emphasized the need to take this trend seriously.

“Individuals can vote with their feet; baby boomers are perhaps better positioned financially and likely more apt to have a willingness to do so than previous generations. Communities can’t afford to take a wait-and-see approach, or they will be well behind those communities that are being proactive.”

That could entail creating spaces or social events for spontaneous interaction across age groups. Or, leaders could encourage ways of serving one another through volunteerism that is meaningful and accessible for everyone. Pedestrian amenities such as traffic crossings and sidewalks can sometimes be improved to become a safer and more attractive way to experience the city. Building codes and zoning ordinances can be established that promote age-friendly housing and integrated neighborhoods.

Marron put the cost of such improvements into a long-term perspective.

“Designing a community to be age-friendly may not be any cheaper on the front end, but it may well be cheaper in the long run. Communities are playing an attraction game as much as a cost-savings game. Investing in high-quality infrastructure and amenities may cost more, but if not doing so means losing your population to communities that are thinking about these quality-of-life enhancements, then it’s going to cost you revenue.”

He added that raising awareness and engagement on this issue can happen at different levels. “It takes a leader — not necessarily an elected official — to raise awareness of the issue and bring others in the community along. In some cases, it’s been an elected official, but in other communities I’ve seen the philanthropic sector lead, an academic or even just an engaged citizen.”

Marron stressed open communication as the key to making these efforts work.

“There’s no magic here, the best way is still to talk to people. With millennials, that may be using different media than you would with boomers, but boomers are increasingly connected, too. I think the most important aspect is to meaningfully include multiple perspectives in the planning process for anything that has a reasonable chance at being implemented. Ensuring that myriad perspectives are represented is likely to lead to better, more accommodating design.”