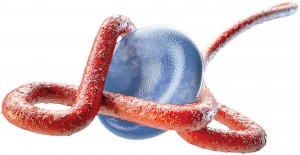 Although the imminent threat of an Ebola virus epidemic has waned since its initial appearance in the United States last fall, the prospect of the disease’s nationwide dispersal led many municipalities to take a renewed look at plans to combat viral outbreaks in their communities.

Because of the myriad unknown factors in the initial outbreak of the disease and its seemingly rapid domestication, panic level was high among those responsible for protecting the populace. Top healthcare facilities initially seemed ill prepared to provide adequate protection for those on the front line of fighting the virus. Fears spread that the epidemic would spread beyond the walls of the medical facilities to the general public. Some in Washington suggested a travel ban from suspect countries and those arriving from the Ebola-affected nations of Guinea, Liberia, Mali and Sierra Leone. While the ban was never enacted, air passengers from those countries were subject to intense scrutiny upon their arrival in the U.S. by the Center for Disease Control and the Department of Homeland Security.

At the time, it was widely noted that the U.S. did not have a single standard for an Ebola response. In an interview with USA Today, Michael Osterholm, director of the Center for Infectious Disease Research and Policy at the University of Minnesota, noted, “One of the things we have to understand is the federal, state and local public health relationships. Public health is inherently a state issue. The state really is in charge of public health at the state and local level. It’s a constitutional issue. The CDC can’t just walk in on these cases. They have to be invited in.”

To that end, Robert Murphy, director of the Center for Global Health at Northwestern University Feinberg School of Medicine, added: “The question is, who’s in charge? The states can follow all the guidelines and take the advice, which they usually do, but they don’t have to. It’s not a legal requirement. So there really is no one entity that’s controlling things.”

Initially, the CDC sent out a 10-point plan to local governments, outlining planning tips for state and local public health officials. Most of the suggestions dealt with gaining an understanding of the disease, communicating with healthcare facilities in the particular locality, sharing information with other jurisdictions and ensuring that the physicians and nurses on the front line of the battle were adequately equipped with the tools necessary to combat the problem and to protect themselves from the risk of personally contracting the virus.

Some local public health officials immediately implemented and modified plans already in place from previous threats. Karlyn Raddatz, health services manager and health officer with the Sheboygan County Health and Human Services Department in Wisconsin relied on her department’s recent experience of working with county and state partners to control a 2013 tuberculosis outbreak to set forth a plan to combat Ebola. She added that that experience “strengthened the bonds of Sheboygan County’s health and safety experts,” when it came to their Ebola preparations, and that they felt strongly in their partnerships and skills to control disease threats in their county.

In gateway cities health care officials enforced an aggressive treatment of anyone exhibiting symptoms of the virus, even before an acute diagnosis was rendered. After a potentially infected patient’s blood draw, between 24 and 48 hours are still required before an Ebola diagnosis can be rendered. Some experts argue that the 48-hour window is optimistic. Others argue that lack of aggressive action could result in a worsening of the disease in the patient or an increased risk of the spreading of the virus.

Dr. Sandra Kemmerly, medical director for quality and safety for Ochsner Health System in New Orleans, noted that ideally a patient is isolated as soon as the potential of an Ebola infection is suspected.

“It’s important to know as soon as possible for confirmation purposes, but for clinical purposes we would treat them as if they had Ebola even without those results,” she said.

In an interview with Rebecca Catalanello of The Times-Picayune, New Orleans Health Department Director Charlotte Parent said that when it comes to communication, leaders must balance patient safety with public transparency.

“The mayor has charged us with being as transparent as possible and making sure that we’re verifying the correct information so as not to cause any citizen angst,” she said.

State government health departments issued directives and recommendations for the local governments to follow. This created a de facto chain of command, with the state acting as a moderator between the federal government’s response to the crisis and local concerns.

Local health officials were provided daily updates and protocols regarding the crisis. Warren Township, N.J., developed an ad hoc committee to discuss the virus and set up a protocol on a more town-side level, noted Brian Woods in the Stirling Echoes-Sentinel.

The fears created by Ebola certainly raised awareness at all levels to the risks of such a medical epidemic. With that realization likely comes renewed local, state and national assessments of emergency action plans that can more effectively and quickly be put into place should another crisis situation arise.