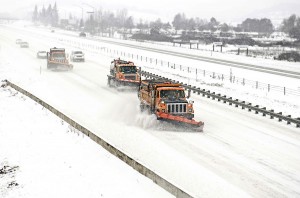 Fatigue is the biggest concern when managing shifts of snowplow drivers. As one mechanism for predicting which drivers are susceptible to fatigue on any given shift, some departments use a fitness-for-duty test that involves technologies designed to measure drivers’ cognitive abilities before they head out. (Shutterstock photo)

What weighs 29 tons, moves at 40 miles per hour and carries a 12-foot blade in front of it? It’s not a figment of a science fiction, but rather a commonplace sight in most northern states. The answer, of course, is a typical snowplow, tasked with clearing roads both big and small during the winter snow season.

Most people take for granted that the operator behind the wheel of these behemoths is well-trained and fully cognizant of his environment. While that assumption is usually true, the fact remains that the operators are subject to a harsh driving environment, are often dealing with unsympathetic fellow drivers, operate a giant machine and, most importantly, are subject to factors that affect all drivers in high stress conditions: fatigue and drowsiness.

So how can state and local transportation officials monitor and control their drivers to limit the possibility that fatigue and drowsiness turn a snowplow into a 58,000-pound weapon? The most obvious answer is to maintain strict scheduling that allows for adequate rest time before and between shifts on the road. However, the realities of a limited number of qualified operators, expectations of the community and the volatile and unpredictable schedule of Mother Nature are but three factors that make the proposition much more complex than simply telling snowplow drivers they can’t be on the road because they need more rest.

In an April report for the Virginia Tech Transportation Institute, “Environmental Factors Causing Fatigue in Equipment Operators during Winter Operations,” authors Matthew Camden, Alejandra Medina-Flintsch, James Bryce, Gerardo Flintsch, Richard Hanowski and Jeffrey Hickman noted that most research has identified two types of driver fatigue: task-related and sleep-related. The former is associated with the general burden of driving a vehicle that requires an enormous amount of concentration, precision and control. Simply put, driving in a high-stress environment while completing work-related tasks may lead to task-related fatigue. Sleep-related fatigue can be related to the time of the day and other depravation factors, such as inadequate rest periods between driving shifts and untreated sleep disorders.

Studies in modern truck technology have identified additional factors that affect operator performance. In another recent report on occupational hazards, authors H.W. Paschold and Alan Mayton attributed vibration transferred from the truck to the driver as directly impacting driver stress, fatigue and performance. They stated that “vibrations of a certain frequency can cause muscle contractions, which lead to fatigue and reduced motor performance.”

Similarly, Drs. Chris Boggs and Mehdi Ahmadian of Virginia Tech have cited vehicle noise and body posture as contributing factors to driver fatigue. Many newer commercial vehicles used for snowplowing are designed especially to mitigate factors that contribute to fatigue, such as vibration isolation systems or materials that reduce external noise. In the Virginia Tech study, however, the authors said “the mitigating impact of some components, such as foam seat cushions, decreases” as the vehicle ages.

A great deal of research has been done to quantify the effect that scheduling and shift policies have on the safety and performance of snowplow operators. Federal hours-of-service legislation has been enacted to attempt to universalize driver usage; however, research evaluating the legislation has led to conflicting interpretations of the impact driving and rest periods have on operator fatigue. For example, drivers who work an eight-hour shift between the hours of noon and 8 p.m. may be affected differently than drivers who work the same number of hours beginning at midnight.

In a 2004 study published in the “Journal of Safety Research,” Dr. Paula Morrow and Michael Crum assert that communication between drivers and their dispatchers or central office personnel is critical when trying to manage the amount of time a driver works after reporting fatigue. Office personnel need to take seriously the suggestion that a driver is suffering from fatigue or drowsiness.

Some departments have begun using a fitness-for-duty test, which involves technologies designed to measure a driver’s cognitive abilities before they begin their shift. The tests use an objective process to measure things such as hand-eye coordination and reaction time. The tasks are designed as a predictor to determine whether a driver may be too fatigued to successfully complete his duties. Other technologies that measure psychomotor skills have been met with conflicting results, as they often do not consider the onset of fatigue during the driver shift and are subject to drivers “beating the system” by engaging in activities prior to the test that temporarily reduce the symptoms of fatigue. 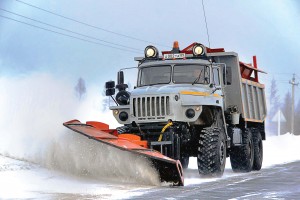 Retrofitting vehicles with anti-fatigue technologies or incorporating additional driver education and testing are difficult to establish as a priority. Without them, however, drivers and office personnel must give the highest importance to self-evaluation and driver interaction with dispatch. (Art Konovalov / Shutterstock.com)

Another option is the use of technologies aimed at prevention, such as in-vehicle video and vehicle computer sensors that record data and evaluate driver performance. The results are communicated to the dispatch base, or in some cases a third-party evaluator, for review and analysis. This allows suspect driving behavior to be monitored and corrected, sometimes by removing the operator from the road. The downside is that human analysis of data can be time-consuming and only offers the benefit of correction after the end of the driver’s shift. Advanced technology has been developed to allow computer analysis of driver performance, which can lead to a quicker response by dispatchers.

The Virginia Tech study noted that advanced technology also has been developed and utilized to monitor an operator’s physiological condition, such as the percent closure of the driver’s eyelids, alerting the driver or the dispatcher to risky driving behaviors, performance degradation and driver errors. This type of real-time driving monitoring is seen as the last stop-gap countermeasure that warns the driver before potential risky driving behavior or a crash occurs. But the study goes on to say that this type of monitoring also presents limitations, such as false alarms for various driving habits or personal baselines.

Advanced technologies all come with a cost. With shrinking municipal and local budgets, retrofitting vehicles or incorporating additional driver education and testing often are not a priority. Without them, however, drivers and office personnel must continue to rely on communication, self-awareness and a knowledge of physical limitations to alleviate the risk of accident.