Municipal leadership in all but the smallest cities is more than a full-time job. It’s a hands-on, calls-during-dinner, working vacation kind of commitment.

Stepping away from that responsibility, especially for seven months, isn’t usually an option. But occasionally there’s no choice: When the U.S. Navy calls, its sailors answer. 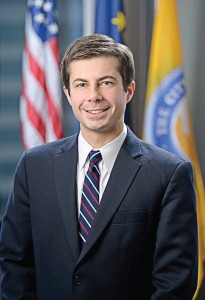 Buttigieg is the youngest mayor to be elected to a city of South Bend, Ind.’s size. He’s also now believed to be the first mayor deployed while serving in office. (Photo provided)

South Bend, Ind., Mayor Pete Buttigieg knew the scenario was a possibility. As a 29-year-old Harvard graduate and Rhodes scholar, he was also a lieutenant in the U.S. Naval Reserves when, in 2011, he became the youngest person ever to win a mayoral race in a city with a population of more than 100,000.

At the time, the northern Indiana community looked to Buttigieg to breathe new life into entrenched political patterns. He’s made progress: Since his election, a measure of bipartisan support has served to put several ideas on the administration’s plate that seemed unlikely just a few years earlier, including an ambitious plan to repair or demolish 1,000 blighted homes and buildings in 1,000 days, and a proposed $7 million Smart Streets initiative.

Buttigieg is now in a long-distance relationship with those projects, however, and with his day-to-day duties as mayor. On March 28 the intelligence officer boarded a plane to Afghanistan and is serving in Operation Enduring Freedom.

He isn’t the first civil servant to receive deployment orders while in office. It happens all the time to police officers, firefighters, city council members and even state legislators who learn specialized skills, problem-solving expertise and how to wear different hats during their time in the military, and then apply those skills in public office. It happens less often that the chief elected official is among them, but according to National League of Cities City Solutions Manager James Brooks, there was more of that, as well, during the initial surge for the War on Terror under President George W. Bush.

“I have always believed that being a Reserve officer makes me a better mayor,” Buttigieg said in September. “I will deeply miss my job here and the chance to spend next spring and summer in South Bend, but I also have total confidence in our team to guide the city well during my absence.”
According to South Bend Communications Director Kara Kelly, Buttigieg’s office hasn’t heard of any other mayor ever deployed while serving. But “Indiana law provides a clear procedure on what to do in the event an elected official, such as a mayor, is called to active duty in the military,” her boss said in a press conference in September.

South Bend Municipal Code expressly created a deputy mayor position and set forth the position’s duties, which include “serving in [the mayor’s] absence or in the event of a vacancy in the office of mayor.” Indiana Code establishes that the mayor may appoint a deputy who, during a military service related absence, “may perform all the duties appertaining by law to the office” of mayor until he returns from active duty.

Other sections of Indiana code that govern vacancies in office do not apply to the situation, because the mayor’s deployment does not create a vacancy. As set forth by the state, when an officeholder’s absence is caused by being called to active military service and the duties under existing laws may be performed by a deputy, he does not “vacate” his office.

As a general rule, city governments are able to function all right because of five-year or other long-range plans, Brooks said.

In smaller cities, sometimes the city council will endeavor to pick up the slack on its own. It’s advisable, he recommended, to ensure that whomever will step in to the role is fully empowered to carry out the duties of the office, is sworn in and whose actions carry “the full weight of the law” in order to avoid complications.

Buttigieg’s answer was Mark Neal. The South Bend city controller had been formerly employed in executive and financial management, both independently and for the nonprofit and private sectors, and had worked closely with the mayor and the city’s common council on the 2013 and 2014 budgets. Although the council did not need to approve the selection of Neal as deputy mayor, the relationship its members already had with him made them, as a whole, pleased with the appointment, Kelly said.

Buttigieg will continue to enjoy regular communication with Neal and other members of the administration by telephone, email and videoconferencing. His projected detachment date is Sept. 30, at which time he’ll resume his mayoral duties. Neal has announced plans to return to the public sector at that time. 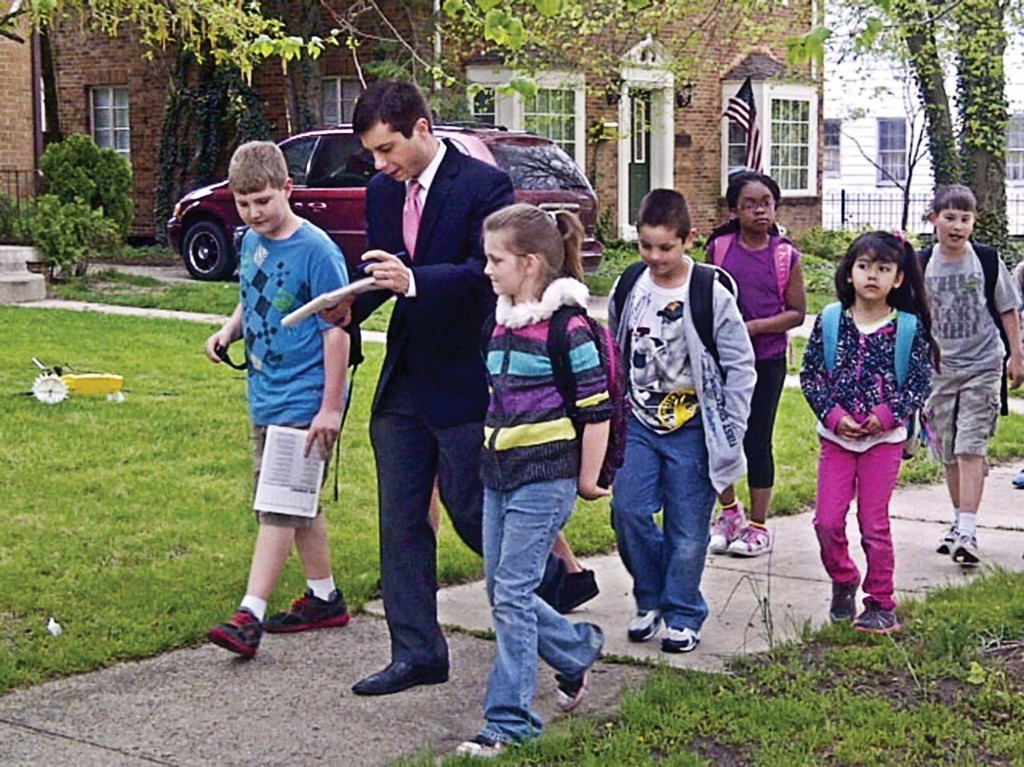 Mayor Pete Buttigieg, South Bend, Ind., walks to school with a group of local students in May 2013 in observance of National Walk/Bike to School Day. (Photo provided)