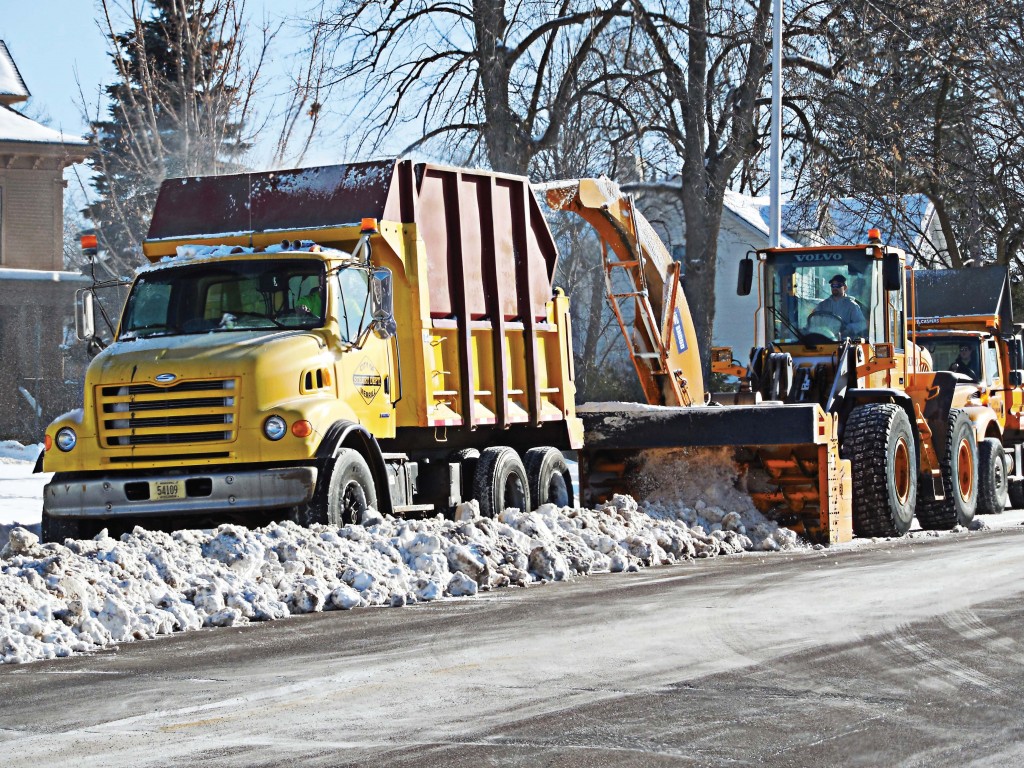 Now that this season is nearly over, Merrill, Wis., street department drivers will inspect snow removal equipment and make repairs. The first step is to thoroughly remove salt from the body of all units used on roadways during wintertime. (Photo provided)

Especially after this winter, municipalities will put away their winter equipment with a sigh of relief. Up go the plows, off go the grinders and away go the salt spreaders.

For Merrill, Wis., that usually happens in mid- to late-April, but this year will be a little harder to predict. Not many municipalities share the same timeline for winter equipment storage, because needs can vary widely from one side of the country to another.

Most find that the end of winter is the time to do routine maintenance: removing the grinders, spreaders and blades; cleaning and greasing them; painting anything that needs touching up; and then storing them. This is also the time that many do any needed repairs.

“We have three road graders with snow wings; two wheel loaders with front plow blades, one with a snow wing; three salt trucks with front blades, one truck has an underbody blade and snow wing; two snow blowers that mount on the wheel loaders; three tandem axle dump trucks for hauling snow from the streets; and a utility tractor for clearing snow from the sidewalks,” said Dick Lupton, street commissioner. 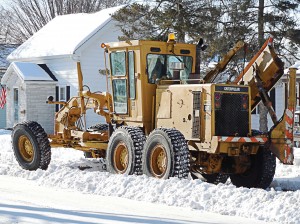 Their yearly routine is so, well, routine that they don’t follow a checklist, other than the one in the crew’s minds. “We clean the snowplows up, remove the snow wings and plows and take off the graters. Then we lubricate and grease them,” said Lupton. They store the winter-only items inside a luxury of space: a warehouse.

Because it’s a smaller city, Merrill spends a lot of time during the summer inspecting winter equipment and making any necessary repairs. Lupton advises others to make sure to get as much dirt and salt off the implements before storage to stop problems from developing. Any bare metal should be greased and/or painted to prevent rusting.

Once these winter items are cleaned, where do you put them? All of the boroughs of New York City, plus Greenfield, Wis., use storage racks. According to ICM General Manager Jon Ludwig, the heavy-duty racks allow the equipment to be stored vertically, off the ground. This also preserves the storage yard’s asphalt. Prior to using racks, Ludwig said some customers who used to store their equipment on asphalt complained that the heat of summer and the equipment’s weight would cause it to “melt” into the asphalt.

Storing the equipment on racks also allows easier access for cleaning, greasing and painting. While some municipalities have the space to place these racks indoors, some opt for storing them outdoors.

Perhaps the biggest thing these racks do is preserve space. “You can’t stack a plow. In yards they take up an incredible amount of space,” said Ludwig.

Allentown, Pa., Streets Superintendent Mark Shahda said that before putting away its snow equipment crews also do their normal routine maintenance, involving going over plow bolts, changing the blades and taking off curb guards. He explained that the plow itself only has a few parts that need tending to, so rather than using a checklist they just do a visual check: Plow blades, blots, curb guards and the plow tower are all areas to be inspected and worked on, if needed.

Shahda recommends ordering replacement parts early, because they can be hard to come by during the best of years. His crew does the maintenance as they take the parts off the trucks and put everything away.

Allentown’s plows, 60 at just the street department, are stored outside. So when, mercifully, the time comes to put away all of their winter weather equipment at the end of this season, keeping maintenance and storage tips in mind will mean that come next winter everything will be clean, in good repair and ready to use.