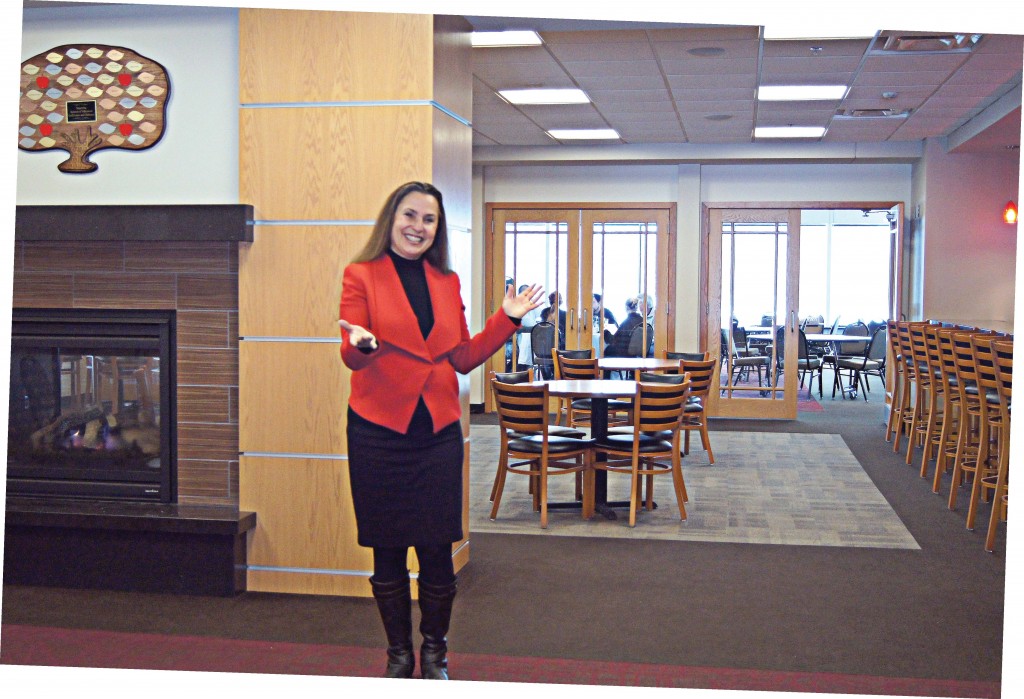 Valleywood Golf Course Clubhouse in Apple Valley, Minn., is not only energy efficient and aesthetically appealing: It has one more bonus. The city-owned facility has increased revenue for the municipality.

The clubhouse is one of several buildings and services that Apple Valley hung on to, even during the recession. Its serene setting attracts community gatherings of many kinds. Those events generate revenue to offset the investment.

“Our whole world has changed,” said Valleywood Manager Jim Zinck, describing the impact of a recent renovation on the inviting contemporary building that shows off the course to the non-golfing public.

The large number of weddings, family reunions and association celebrations that have taken place since the renovation are a first for Valleywood. “The real benefit is to the non-golfers, who are blown away by the facility and the property,” said Zinck. He credits its multi-use design to CNH Architects, whom he said responded to the needs of the serious golfer — even during moments when community groups would occupy the banquet room.

Designer Wayne Hilbert said because of the building’s orientation to the course, a floor plan for efficient staffing and utilization of natural light was important. “Our goal was to create an exciting, energy-tight building that respected the course and the golfer and created a useful facility for the community,” he said.

That took a little doing, however. The old clubhouse was a decrepit building built as a college class project in 1984. The new clubhouse has an 8,000-square-foot footprint with two floors. Upstairs is a pro shop, banquet area, casual bar, kitchen, restrooms and offices, while golf carts and other supplies are stored and accessed from below. 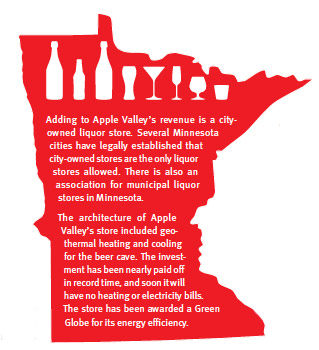 Adding to Apple Valley’s revenue is a city-owned liquor store. Several Minnesota cities have legally established that city-owned stores are the only liquor stores allowed. There is also an association for municipal liquor stores in Minnesota.
The architecture of Apple Valley’s store included geothermal heating and cooling for the beer cave. The investment has been nearly paid off in record time, and soon it will have no heating or electricity bills. The store has been awarded a Green Globe for its energy efficiency.

Besides new rental revenue, tournament income per golfer has increased by nearly 50 percent since the project ended. New, quiet electric carts have already saved $10,000 to $15,000 in annual fuel costs.

The building’s elevation and orientation give the bright banquet room a panoramic view of the course, including hole 18 and the putting green. The pro shop command center manages the flow of golfers and has views of three holes and the practice area.

In the same space, guests coming into the casual dining area can also be assisted. This reduces demand for staffing during low traffic times.

Even coat hooks made from recycled golf club heads carry the efficient-clubhouse theme. The clubs are from Zinck’s grandfather and his father, who taught him the game on the very course he now manages.