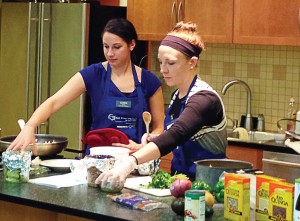 In March 2013 Site Selection magazine noted that the city was the fourth top metro area in the Midwest; it also ranked first in metro populations between 50,000 and 200,000.

Sioux City has been on the receiving end of many designations it can be proud of over the last few years. It’s on its way to another one by being a very active participant in the Blue Zones Project by Healthways, according to Kim Gordon, Sioux City engagement lead of the initiative.

The project measures six key components of Americans’ well-being, including life evaluation, emotional health, healthy behavior, work environment and basic access. Last year Iowa moved from No. 16 to No. 9 in the 2012 Gallup-Healthways Well-Being Index, which is the official measurement tool of the BZP and the Iowa Healthiest State Initiative. More than 120,000 Iowans pledged their support for the project. 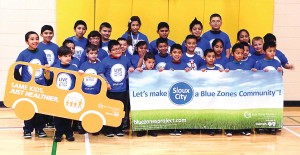 BZP principles are gathered globally from places where there are high concentrations of centenarians, such as Loma Linda, Calif.; Nicoya, Costa Rica; Sardinia, Italy; Ikaria, Greece; and Okinawa, Japan.

“We had a kickoff in October and another one this past January,” said Gordon. “We currently have about 215 people who have participated in our Walking Moai program. ‘Moai’ is a Japanese term denoting coming together for a common purpose, and we’re trying to help people build healthy social connections,” she explained.

BZP also offers prizes to its participants as even more incentive for getting healthier.

“Occasionally, we have drawings at events where they might be entering to win a FitBit, restaurant gift card, grocery gift card, Blue Zones book or Power of Purpose book,” said Gordon.

“Sioux City has many projects underway to increase investment and enhance the quality of life in our community. The Blue Zones Project has helped to complement and grow city initiatives such as community gardens, conversion of one-way streets, volunteerism and more,” he noted.

A full reconstruction of West Seventh Street is in progress to spur the diverse area connecting downtown to Hamilton Boulevard into a vibrant commercial corridor. Sioux City’s entrepreneurial scene is alive and growing new talent with monthly socials and events encouraging innovative ideas. Downtown investment continues as well, including the renovation of historic buildings into market-rate condos and class A commercial space; plans for a new children’s museum; and a new $128 million Hard Rock Casino and Hotel that’s currently under construction.

BZP has been termed a “well-being transformation, community by community,” and it’s doing equally well in other areas of the nation. Dan Buettner, BZP founder, sums up the endeavor this way: “The calculus of aging offers us two options: We can live a shorter life with more years of disability, or we can live the longest possible life with the fewest bad years. As my centenarian friends showed me, the choice is largely up to us.”